The video game company behind Steam have teased an image of what appears to be a virtual reality headset, labelled 'Valve Index', along with the tag-line, "Upgrade your experience. May 2019".

It is expected that the May 2019 reference will be when we find out more information on the device, rather than a potential release date. 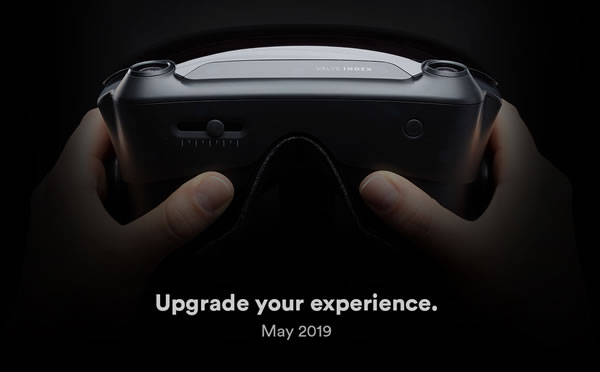 Source: Valve​
So far very little is known about the headset. Valve played a key role in the development of the HTC's virtual reality headset, the HTC Vive, so it stands to reason that a company that is so key to the gaming industry will be well placed to develop a great bit of kit.

Images of the Valve Index were leaked back in November 2018, as reported by Upload VR. According to their sources, the headset would feature a 135° field of view with similar resolution to HTC's Vive Pro. They continued, "It may also come bundled with ‘Knuckles’ controllers as well as a Half-Life based VR game that could be a prequel rather than the much-anticipated Half-Life 3."

​
Currently we do not know the specifications for the Valve Index, although VR Focus has speculated that the images appear to show a manual IPD adjustor for the lenses, which will be popular with gamers who prefer it over software-only IPD adjustments. "And then there are those cameras on the front. They could be for inside-out tracking similar to Windows Mixed Reality (WMR) headsets, but the image does show faint circles which could also be for outside-in like the HTC Vive. Other possibilities for the cameras include augmented reality (AR) functionality, passthrough video to see the outside world, or for other tracking options, controllers or hands (Leap Motion-style)."