The USB Promoter Group have announced that the specification of USB4 is now ready and pending release. It will double the bandwidth of USB compared with USB 3.2, and will enable multiple data and display protocols to happen simultaneously.

The new specification is based on the Thunderbolt 3 hardware interface, which was developed by Intel in conjunction with Apple. Intel have revealed that they contributed the Thunderbolt 3 interface royalty free, which will allow third parties to utilise the technology freely. 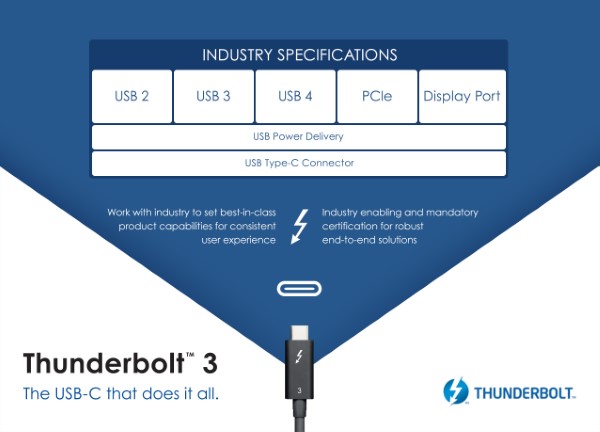 USB4 will use USB-C connectors, and according to Jason Ziller (Intel), "releasing the Thunderbolt protocol specification is a significant milestone for making today’s simplest and most versatile port available to everyone. This, in combination with the integration of Thunderbolt 3 into upcoming Intel processors is a win-win for the industry and consumers."

According to the USB Promoter Group, the key benefits of USB4 are as follows: 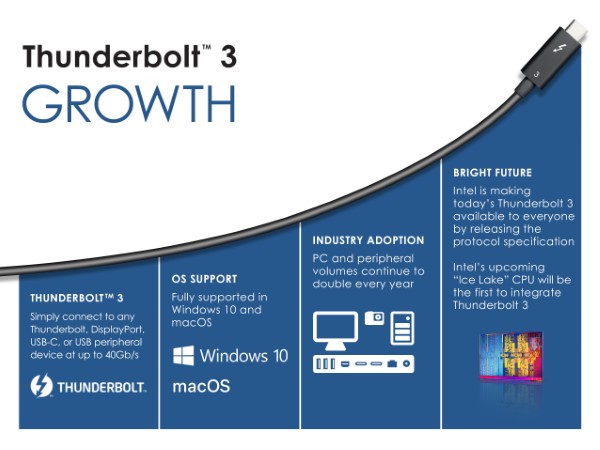 Intel's upcoming 10nm processor, codenamed Ice Lake, will be the first processor to integrate Thunderbolt 3. The hardware interface is compatible with Microsoft's Windows 10 operating system, as well as Apple's macOS and Linux.

The broad uptake of Thunderbolt 3 means that USB4 can be used across a wide range of products. The specifications will be published this summer, which suggests that USB 4 may not be readily available until 2020.
Reactions: kher7760