Raspberry Pi 2 - Then and Now, a Comparison


Good things come in little packages, so goes the saying. Rather than trying to cheer up a boy whose growth spurt hadn't kicked in (cough), it’s clear that statement was designed to perfectly describe the Raspberry Pi; the tiny computer that could.

Although it was primarily designed for the education market, when the Pi was first released, I like many others was incredibly keen to get my hands on one purely to tinker and see if the box really was as good as reports had led me to believe. 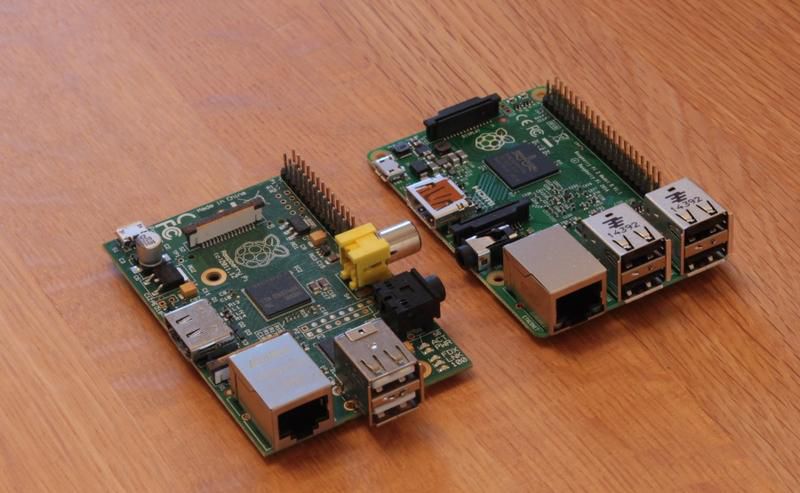 It's been 3 years since the original Pi launched and seemed to single-handedly send the internet into meltdown. In the intervening years, several new versions of the board have been released, each adding small incremental improvements, with an additional 2 USB ports being added to version B+ and the RAM being doubled from 256MB (in versions A to B Rev1) to 512Mb in subsequent models. Due in no small part to the incredible demand for the Pi, it was some time before I was able to get my hands on one, picking up the model B rev 2, which came with just 2 USB ports and a friction lock SD card slot.

But the latest release, Raspberry Pi 2 model B really moves things along and bumps the Pi up at least a couple of notches in terms of performance capabilities. 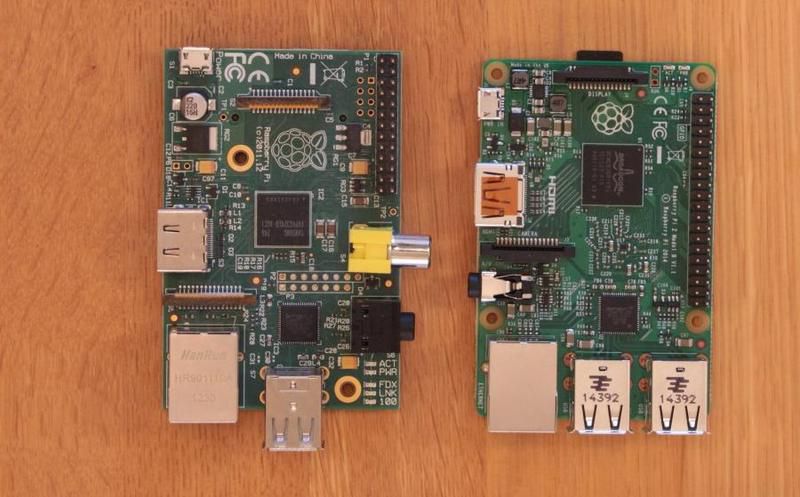 So how do the two models compare? On paper at least, the Pi 2 should be much quicker. With double the RAM (1GB vs 512MB in my original) and a 900MHz quad-core ARM Cortex-A7 processor (vs a 700MHz single-core ARM116JZF-S)

To get a theoretical impression of how much difference there actually was between my Pi and the new model, I needed to run some benchmarks. Fortunately, Roy Longbottom’s Raspberry Pi benchmarks were just the thing I needed.

The Dhrystone benchmark, (which is a hilarious pun about the older whetstone benchmark when you're a Fortran dev from the early 80s) is intended to be representative of integer programming and is testing general CPU performance. The main output is the number of dhrystones per second, with a dhrystone being the number of iterations of the main code loop per second. Basically, more is better.

So with these results, I should be able to handle all the tasks I currently do much more smoothly and efficiently. But more importantly, I was keen to see how much more I would now be able to achieve with the additional horsepower behind me.

The first project that sprung to mind when I thought about the new compute power at my disposal was the home theatre I have set up with the Pi. This isn't an ideal system (I can’t easily access Netflix for instance) but the incredibly low power means I can quite happily have this set up in the spare room ready to go when I want to watch something. I can then set up more powerful systems for my more regular viewing.

At present I'm using OpenElec, one of the two main XBMC/Kodi distributions that is compatible with the Pi. I've tried both and OpenElec just comes out on top as it's been slightly less prone to crashing on me. The Model B is more than adequate for a simple media server. It's not really capable of running any of the more complex theme packs, but it’s happy with posters and background art. And I've not had any problems with connecting to my NAS using SMB or using the Yatse Android app as a remote control.

The system is also quite happy playing 1080p video though it can take a little while for videos to start playing. The only real downside is that sometimes navigating menus and actually getting to the content can be a little choppy and menus don't load as quickly as I've come to expect.

With the Pi 2, these minor niggles disappeared. Menus are much snappier and the speed of loading posters and background art seemed markedly improved. This was one of the more important things for me as having a system which not only works well, but looks good is important when you're trying to win the debate about whether you need another gadget in the lounge.

Another indicator of how much of an improvement the system has seen is that I was also able to run a range of other more demanding theme packs that are available. The original Pi was essentially limited to the confluence theme for performance issues.

The improved ARM v7 processer in the Pi 2 definitely makes a difference in the general usability of the desktop environment. I've run both models on Raspian, A Debian Wheezy Distro. The improvement in performance is definitely appreciable. Whilst the system isn't blazingly fast and responsive, this should never be the expectation. For the price, the performance is perfectly satisfactory.

The original Model B was interesting to use as a desktop for an hour or two, but the speed limitations meant it quickly became an exercise in frustration trying to have any kind of productivity. Tasks such as opening the browser seem to take north of 30 or 40 seconds and anything requiring more processor power often dragged on even longer.

The Pi 2 solves a lot of these problems. Boot up time is pretty much half what it was and opening and using programs feels much more responsive. Using a range of the programs that come pre-installed with Raspian as well as some others I've installed, the difference is marked.

Embedded projects are one of the few areas where if you already own and use a Pi, an upgrade probably isn't going to make that much of a difference. The kind of project where you don't intend to be tinkering regularly, or the activity you're doing isn't one that is going to demand lots from the Pi, you're unlikely to see any real benefit from upgrading. That is of course unless like me, you've got the B+ rev 1 which only came with two USB ports. There are probably a number of occasions in which those extra ports will come in handy.

So, should you be tempted by the new Raspberry Pi model? If you're planning on doing anything that requires even a modicum of processing power, then the new model is a must. Not only does it remove a lot of the frustration that can build up from using an under-powered device, but it opens a number of doors to new projects that can really take advantage of the upgrades.

What is really exciting, is the announcement from Microsoft that they're creating a freely available version of Windows 10 that will run on the new Pi 2 as part of its Windows Developer Program for IoT.

There are also a number of other things I'm keen to try out on the new board, game emulation being one. The Pi 2 should be able to handle PS1 level emulation well (as opposed to older 16-bit systems on the original), so if this is an area you want to look more into, then the upgrade is definitely worth looking at.

That said, there are a couple of things to consider before you make your purchase. If like me you've got the original Model B, then this pre-dates the addition of a couple of USB ports and a re-jig of the board’s components. What this means is that you'll also need to splash out on a new case as well. Not exactly a huge investment, but definitely something to bear in mind. If you've got the Model B+ then any cases you've got are still compatible.

So, at its price point (£24.90) it's pretty difficult not to recommend picking one up, even if just to tinker.
Reactions: Ian