Introduction
Sony brought out the first version of the PlayStation Gold Wireless Headset in 2014, but earlier this year saw the release of a revamped model. There are a number of improvements between the original version and the 2018 version, which we will cover in this review.

The headset is currently available in black, but a white version will be released on 13th December 2018. PlayStation have also launched a version in translucent blue with copper accents to match the limited-edition PlayStation 4 Pro of the same colour. This version of the headset is also a limited edition. 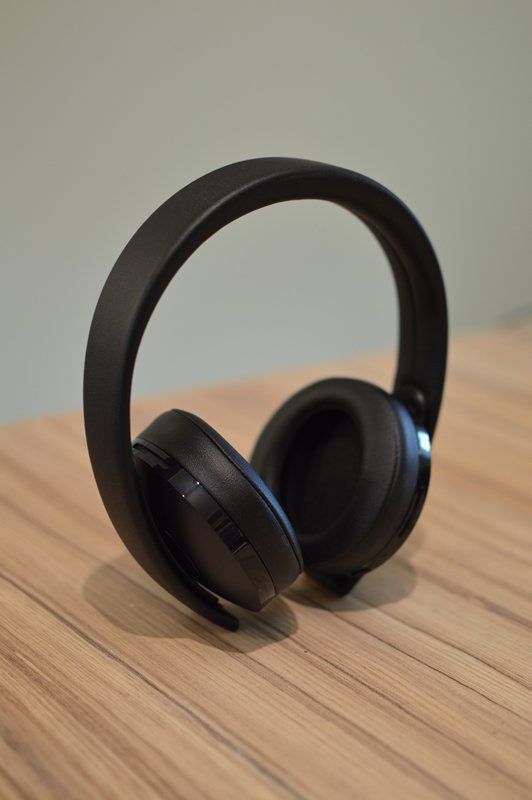 So just what does the PlayStation Gold Wireless Headset have to offer, and it is worth the £70 price tag? Read on as we take a look. 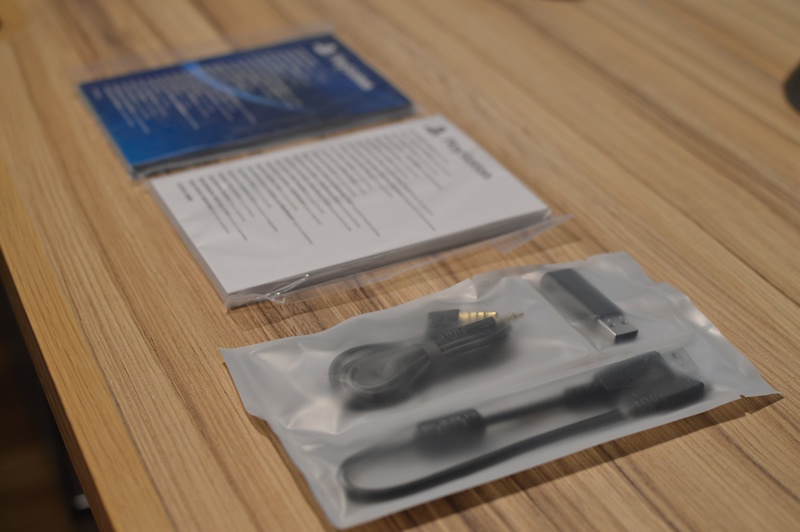 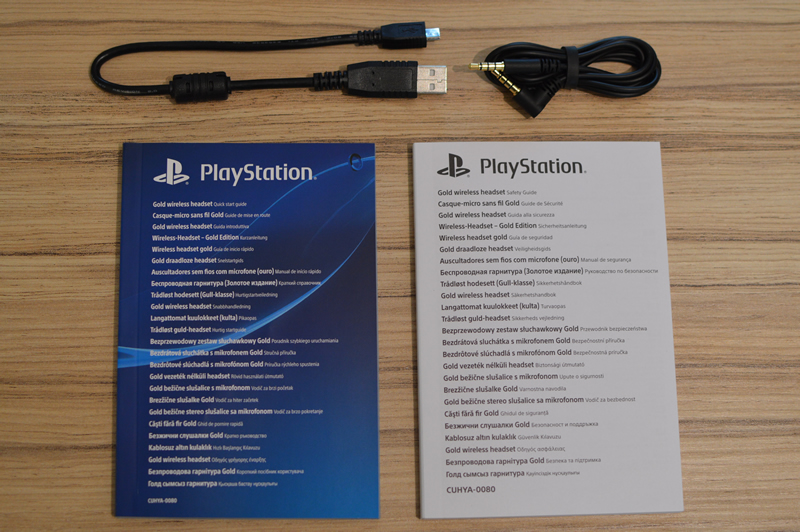 Differences between 2014 and 2018 PlayStation Gold Headphones
There are several differences between the original Gold headphones released in 2014 and the new version released in 2018. The original headphones had a folding headband which was prone to breakage; thankfully the new version is far sturdier and features a solid headband. Overall the 2018s are less chunky and have a more minimal design, which in our view is a big improvement. However, the new design also features slightly smaller ear cups, which some people may not like.

The headphones have been optimised for use with the PlayStation VR (PSVR) headset, both in terms of fit and sound. The band is slightly wider to accommodate the VR headset (you wear the headphones over the top of the VR headset), but they don’t look weird when worn alone. The new version features an additional integrated microphone bringing the total up to two, and they are now both noise-cancelling.


Set up & design
Getting the PlayStation Gold headphones set up with the PS4 was a breeze. First you need to make sure that the headphones are charged (which can take up to three hours) and then insert the wireless adapter into the USB port on the front of the PS4. Turn the headphones on using the switch, and you should see a pop up telling you that the ‘Wireless Stereo Headset’ is connected. 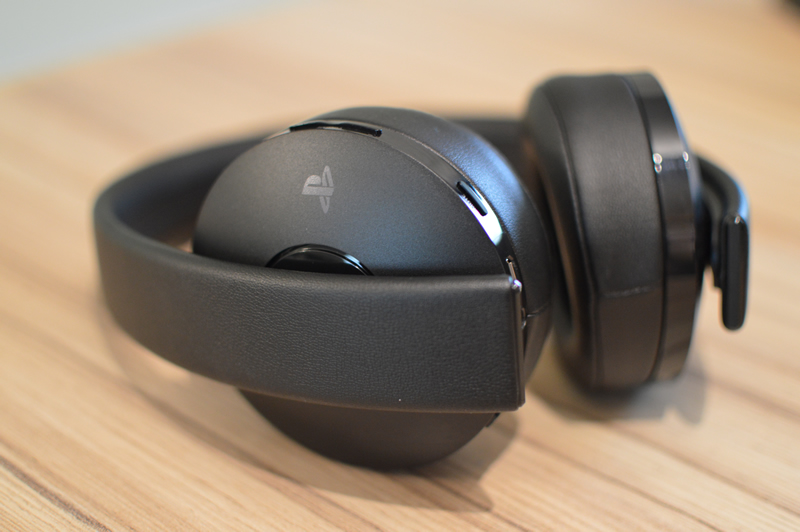 The left earcup is where all the buttons are located, which includes the following:
The USB port and 3.5mm jack are also located on the base of the left cup. 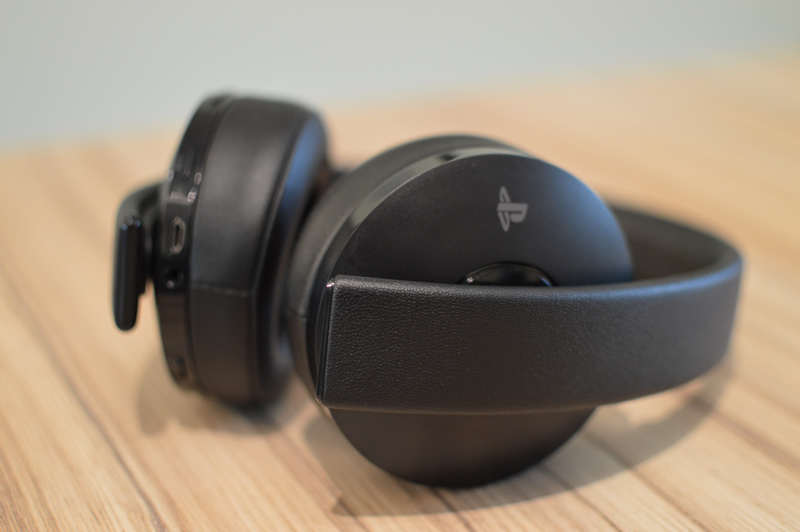 The headphones are largely made using a matte black plastic material, but rather annoyingly the strip where all the buttons are located is a gloss black. Needless to say, it shows fingerprints pretty easily, but as the area is fairly small the impact is minimal. The vertical position of the earcups can be easily adjusted once you put them on.


Performance
The sound quality of the PlayStation Gold headphones with the PlayStation 4 is great. The 7.1 virtual surround sound works really well, allowing you to pinpoint where noises are coming from. As previously mentioned, this functionality is only available with the PS4 so if you are planning on using them with your PC you will not benefit from this feature. The headphones themselves are very comfortable to wear, even for long periods of time. The ear cups themselves are fairly small, so people will bigger ears may find them less comfortable than those with small or average sized ears.

The PlayStation Gold headphones really come into their own when used with the PSVR. The headphones feature 3D audio, meaning that when you turn your head the sound changes accordingly. This really does make the whole experience so much more immersive. We tested the headphones with a number of games, but our favourite was Superhot. If you don’t know too much about this game, here’s the trailer:


The game requires you to kill the attackers, but time only moves when you do. This means you can halt a speeding bullet by remaining still, but if you try and dodge out the way then the bullet will speed up. It’s a great game, and the 3D audio works particularly well with it. You can feel you heart racing as a bullet whizzes past your (virtual) ear.

The headphones are compatible with both PC and Mac, although we have not tested the latter. With the PC we encountered no difficulties at all with regards to set up, you just plug in the wireless adapter into a USB port and you’re ready to go. The headphones can also be used with the 3.5mm cable if desired, and when you use the cable the headphones work automatically without needing to be switched on. The headphones can also be used with a smartphone in this way, provided you have a 3.5mm port (sorry new iPhone owners, you’ll need an adapter). We tested the headphones with a variety of music as well as games, and the sound quality is excellent. There is a good range of tones, strong bass, and the sound is well balanced. 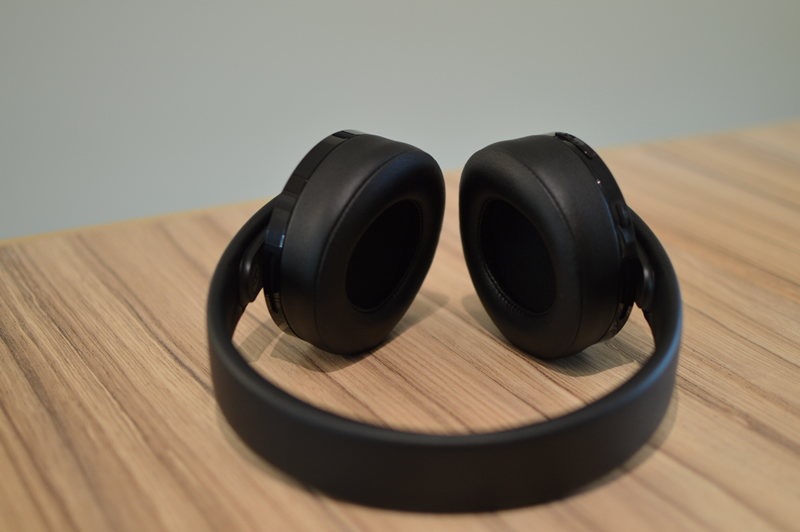 There is a Headset Companion app available for the PS4 which allows you to make use of custom audio modes, which enable you to “experience your games as the creators intended them to sound”. However, there aren’t many games which have custom audio modes. Currently these titles have them:
We do not own any of these games so we haven’t included the app as part of this review. You can also use the app to create custom audio modes if you wish.

Finally, the mic is… ok. The sound quality is not fantastic, your voice sounds tinny to those listening to you, but the noise-cancelling does work well to reduce background noise. You get far better sound quality from headphones that feature a boom mic though.


Conclusion
Overall the PlayStation Gold Wireless headset is fantastic for PS4 owners, especially if you also own the PSVR. The sound quality is excellent and the 7.1 virtual surround sound and 3D audio work very well. In fact, the 3D audio is so good, this headset is almost a no-brainer for PSVR owners.

Whilst the headphones do not feature active noise-cancelling technology, the padding around the ear cups works well to block out a large portion background noise. However, the mic audio quality is not the best; if you play a lot of online games then you may want to consider an alternative if voice chat quality is important to you. The mic quality is the only real downside we can think of though, so don’t let this necessarily be a deal-breaker for you.

For around £70 at the time of writing, these headphones are highly recommended. 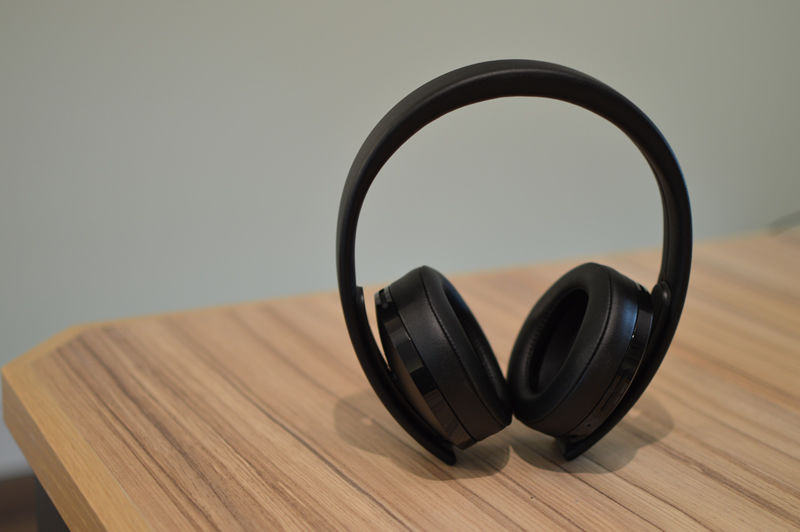