The Mobile World Congress for 2019 (MWC19) is currently underway in Barcelona, and the news eclipsing everything else is foldable phones.

The contenders
Samsung were the first to unveil a foldable phone at MWC19; the Samsung Galaxy Fold. The large screen folds in on itself, and there is a smaller screen on the outside which can be used when the device is closed. Since the screen is on the inside of the fold it cannot fold completely flat, so there is a slight gap on one side. On the upside, the large screen is protected from damage when folded.

Check out this video showcasing the Galaxy Fold:


Next up was Huawei, who revealed their offering; the Huawei Mate X. Unlike the Samsung Galaxy Fold, the Mate X folds with the screen on the outside. This means that the two sides fold together completely flat (there is no gap like there is with the Samsung) but it does mean that the screen is potentially more vulnerable to damage. However an advantage of this design is that there is no need for a second smaller screen.

Here is a video from Huawei showing the Mate X in action: 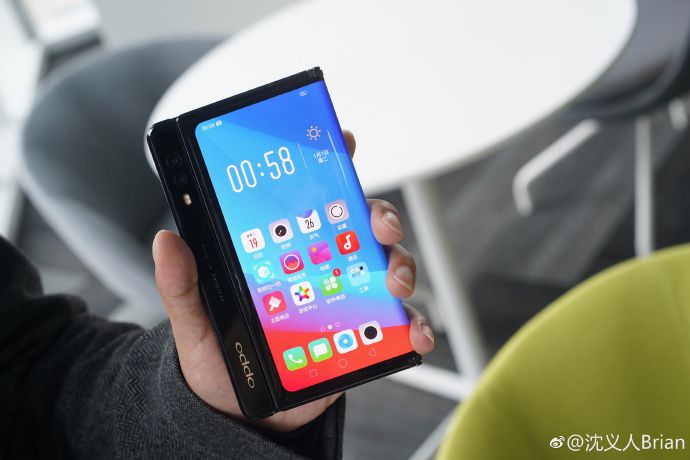 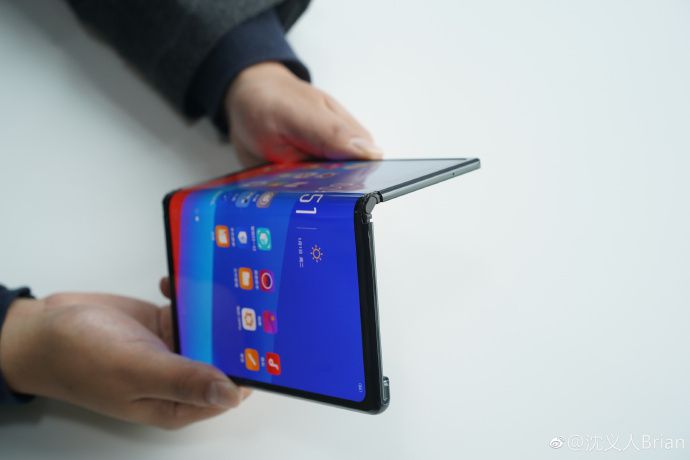 Images: Brian Shen, VP of OPPO, via Weibo​
What's the damage?
So what you're probably wanting to know is just how much will these devices cost to buy. The bad news is; a lot. The Samsung Galaxy Fold will cost €2,000 in Europe and will be available on 3rd May 2019, but unfortunately there is no news regarding UK pricing yet.

The Huawei Mate X will cost €2,299 and will be released this summer. Although we don't yet have the UK price, we do know that the Mate X will be available through EE.

Is flex a fad?
Is it worth forking out around £2k for a foldable phone? The concept is certainly interesting, but only time will tell whether the convenience of a large screen that folds in half is worth the hefty price tag. One this is for sure; the price will need to come down substantially if devices like this are to ever become mainstream.

The first foldable phone to be shown to the public was actually the Royole Flexpai which was unveiled on 31st October 2018 in Beijing. Royole is not a well known company, and it remains to be seen whether they will be able to compete against big brands such as Samsung and Huawei.