GitHub was launched just over 10 years ago and has since established itself as the world's leading software development platform. It seems that Microsoft have also seen the value in this company, and today they announced that they had reached an agreement to acquire GitHub for $7.5 billion (£5.6 billion) in Microsoft stock. The deal is expected to complete before the end of the year. 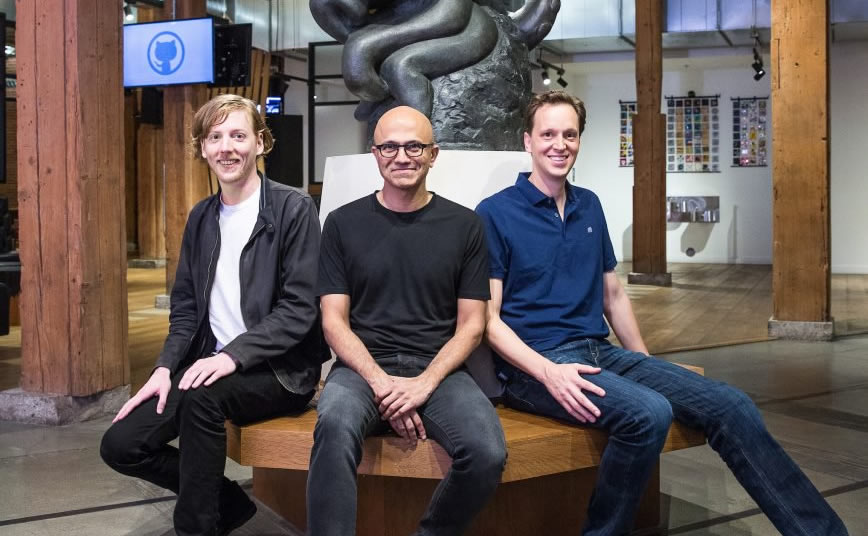 Chris Wanstrath, Github CEO and co-founder (left), Satya Nadella, Microsoft CEO (middle) and Nat Friedman, Microsoft corporate vice president (right)
Photo: Richard Morgenstein 2018​
The online platform is used by over 28 million developers, and is currently the largest host of source code in the world. Microsoft have themselves been using GitHub for years - in fact, they are the most active organisation on there. The site is free to use as long as the code is freely available (ie open source) although users can pay to have a private account. GitHub also earns revenue from organisations who want to host the platform on their own servers.

According to the recent statement from Microsoft, GitHub will continue to operate independently, although Microsoft Corporate VP Nat Friedman will take on the role of GitHub CEO. The existing CEO, Chris Wanstrath, will become a Microsoft technical fellow and take a role elsewhere in the corporation.

Many users of the platform are concerned by the move, and the announcement has been met with a mixed response on Twitter.