Mark Zuckerberg has agreed to address European Parliament in Brussels


The President of the European Parliament, Antonio Tajani, has announced today via Twitter that Mark Zuckerberg has accepted an invitation to "clarify issues related to the use of personal data in a meeting with representatives" in Brussels. 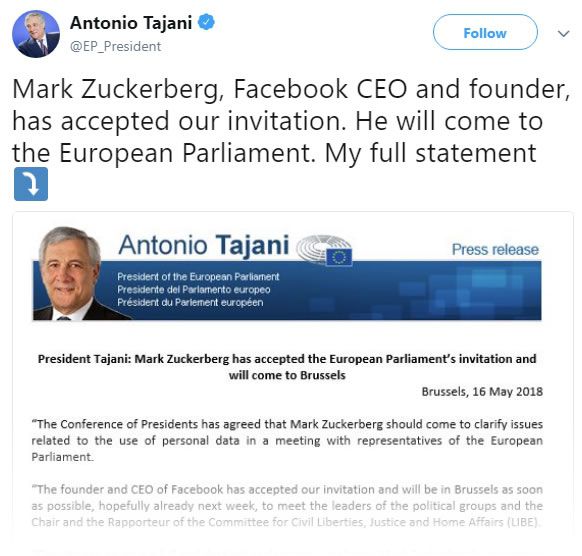 Source: Twitter
​
According to Tajani, "this hearing will provide members of the LIBE Committee, as well as other relevant committees, with an opportunity to carry out an in-depth analysis of aspects related to personal data protection. Particular emphasis will be placed on the potential impact on electoral processes in Europe". Facebook has been under a great deal of scrutiny recently since the revelations that Cambridge Analytica may have used Facebook as a tool to influence voter opinion during the 2016 US Presidential Election.

We do not yet know whether the meeting will be held publicly.

The move follows Zuckerberg's recent refusal to speak to members of the UK Parliament regarding similar issues.