Google planning their own gaming platform and console


There are rumours that Google is hoping to break into the console market with their own game streaming platform and hardware, code-named 'Yeti'. If this is indeed the case, there is very little we know about it at the moment - for example, we don't know whether Google are hoping to develop high-end hardware or whether they will rely on the streaming service to do most of the grunt work (more on this below).

What we do know is that Google have been on a recent hiring spree, and met with a number of game developers at both E3 and the Game Developers Conference earlier this year. Could they be looking to get developers on side, or are they looking to make acquisitions?

Kotaku have been looking into this recently, saying that "We haven’t heard many specifics about Google’s video game plans, but what we have heard is that it’s a three-pronged approach: 1) Some sort of streaming platform, 2) some sort of hardware, and 3) an attempt to bring game developers under the Google umbrella, whether through aggressive recruiting or even major acquisitions. That’s the word from five people who have either been briefed on Google’s plans or heard about them secondhand." 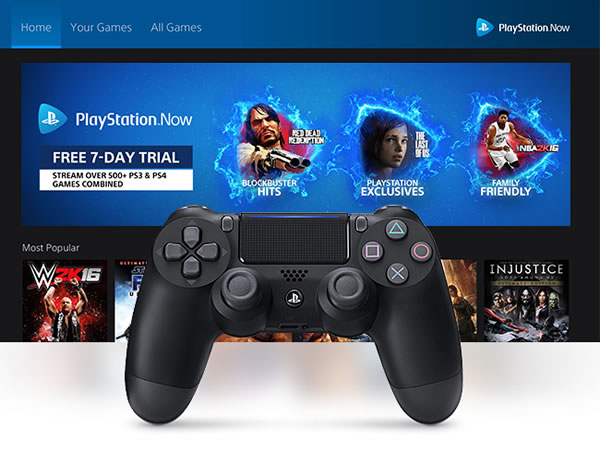 PlayStation Now is a streaming service for PS4, PS3, and PS2 games via a PS4 or PC
Image: Sony​
If Google does decide to launch a console, they will be competing with companies who have been in the console market for decades. In order to succeed they will need to set themselves apart from the competition in some way, and the most obvious way to do this would be price. If their console is cheaper than the latest consoles from Sony, Microsoft, and Nintendo, then there is a reasonable chance they could establish a place for themselves in the market. However in order to do this they would most likely need to sacrifice hardware performance, which may align well with their reported plans to develop a game streaming service.

Streaming certainly seems to be the direction that these type of services are heading, although to date they have not proven popular with consumers (just think of OnLive). Even Sony is strugging to make their PlayStation Now service viable. Time will tell whether Google will be able to do what established console developers have so far failed to do. If a massive, wealthy conglomerate like Google can't do it then no-one can.