The highlight of Bethesda's E3 2018 Showcase began when Todd Howard, Game Director at Bethesda, took the stage. He doesn't attend every E3, and when he does you know there's big news from Bethesda. The audience had been fairly hard to please through the first half of the presentation, but Todd's appearance prompted some genuine enthusiasm and excitement.

Todd has been with Bethesda for 25 years, and he attended the very first E3 back in 1995. Knowing that everyone was expecting big news from him, he first decided to toy with the audience...

Funny as this is, not many people realised that it is actually a real thing that you can now do with your Amazon Echo. Yes, really!

Todd then began to talk about Fallout 76. The world is set in the hills of West Virginia (as hinted by the song choice in the teaser trailer), and is four times the size of Fallout 4. You play the role of a vault dweller, one of a few people chosen to live in Vault 76 to await Reclamation Day (25 years after the atomic bombs fell) when they would help rebuild their destroyed world. Check out the gameplay trailer here:

Vault 76 was one of first vaults to open, and it was built by Vault-Tec to celebrate America's tricentennial. In comparison to Fallout 4, Fallout 76 has 16-times the level of detail thanks to new rendering and better lighting.

There are a plethora of new irradiated beasts, including some based on West Virginian folklore (such as Scorchbeasts which seem to be based on Mothman). Though we're not entirely sure how giant sloths ended up there... zoos maybe? 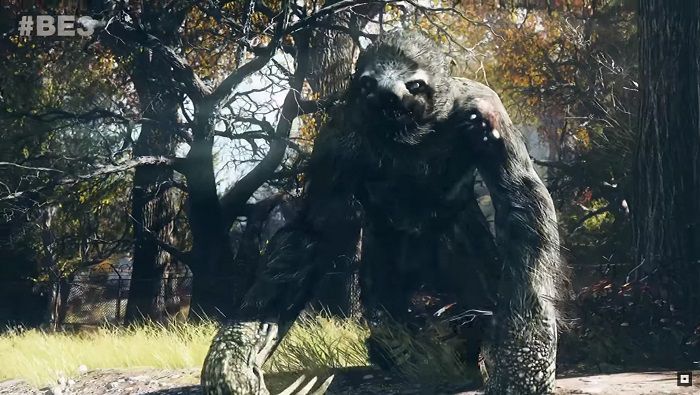 Despite Todd's annoying habit of saying 'nucular' instead of nuclear, we learned a lot about this upcoming game. Todd confirmed the rumour that Fallout 76 is entirely online, and that each of the characters to leave the vault is a real person. You can play the game solo, but the easiest way to survive is if you team up with friends - in fact, the game is designed for just this. Todd referred to the style of game as “Softcore Survival”; death doesn't result in any loss of progression, and you exist in a world with dozens of other players, not hundreds. You can can join friends with no loss of progression, and you are not tied to one server.

The game has a whole new build mechanic called C.A.M.P (which stands for Construction and Assembly Mobile Platform) which allows you to build anywhere, and you can then pack up and move your settlement wherever you want. 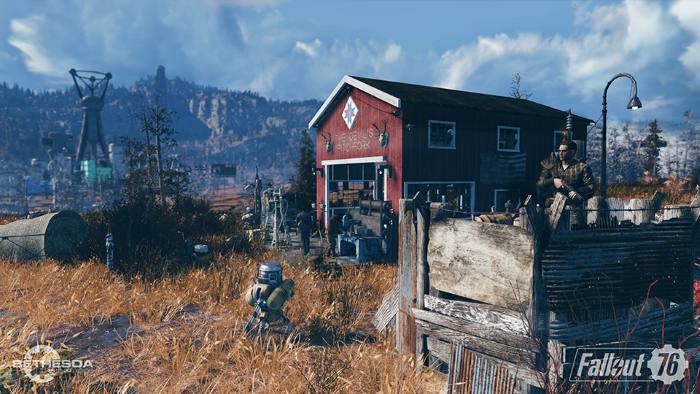 Out in the world there are multiple abandoned nuclear missile silos, and you can launch attacks from them by recovering and reassembling fractions of codes. After you nuke a target it creates a high-level zone with rare and valuable resources. Just don't do anything that makes someone want to use one of these against you... 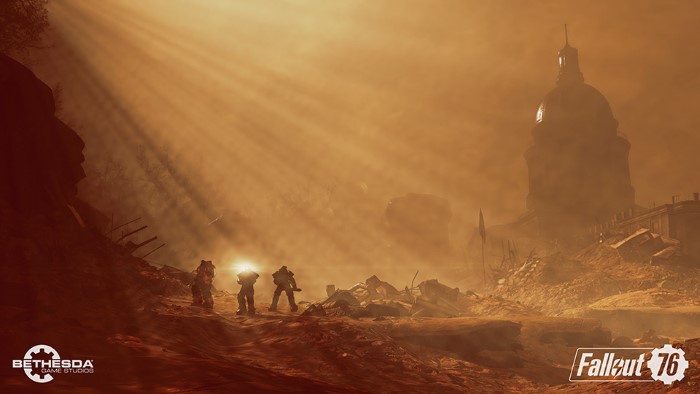 The game itself will be released on 14th November 2018, although there will be a beta released before then (or, according to Todd, a 'Break-it Early Test Application' - these guys at Vault-Tec love their acronyms). If you want to take part then you must first pre-order the game.

There will also be a special edition version of the game, which features a glow in the dark map of the world, mini-figures you can put on the map, and (best of all) a wearable T-51 Power Armor Helmet which has a working headtorch and voice modulator. 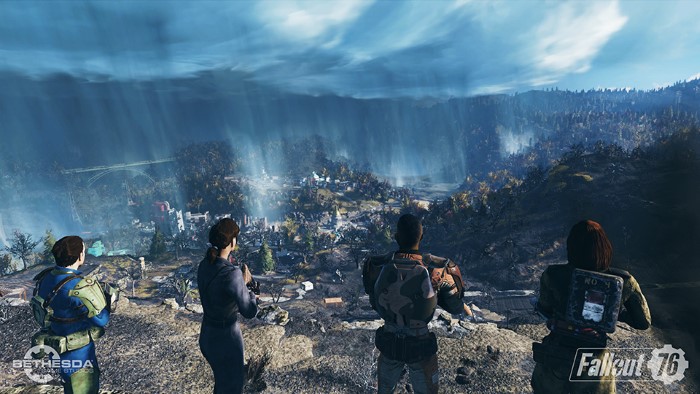 Finally, in Fallout-related news, Fallout Shelter is just about to celebrate its three-year anniversary, and will now be made available on PlayStation 4 and the Nintendo Switch. Incredibly, Todd revealed that the game has been played by 120 million people, which is more than every other Bethesda game combined. The power of mobile gaming, huh?

What do you think about Fallout 76 being entirely online? Will you be taking part in the beta, or do you want to wait to see how it reviews?