In my impression, SanDisk is well known brand in Taiwan for years.
My first SanDisk product was CF card for digital SLR camera.
After another, I also used or researched other brands CF and SD card. I think memory card is key field of SanDisk.
SanDisk has wide range product lines of high spec. memory card. It’s also one of few brands to have SLC products.

Previously, I saw some SanDisk SSD products from internet were SATA2 and mSATA.
I felt they more focus on NoteBook and didn’t see any SATA3 high bandwidth product yet.
However, in March, I started to see more news about SanDisk SATA3 SSD in internet and market.
For current competitive SSD market, launching SSD this stage needs to own real strength and right position.

First of all, let’s look at SanDisk Extreme SSD packing.
It’s same design style with his memory card. The simple design uses black as main color to combine with red lines or characters. 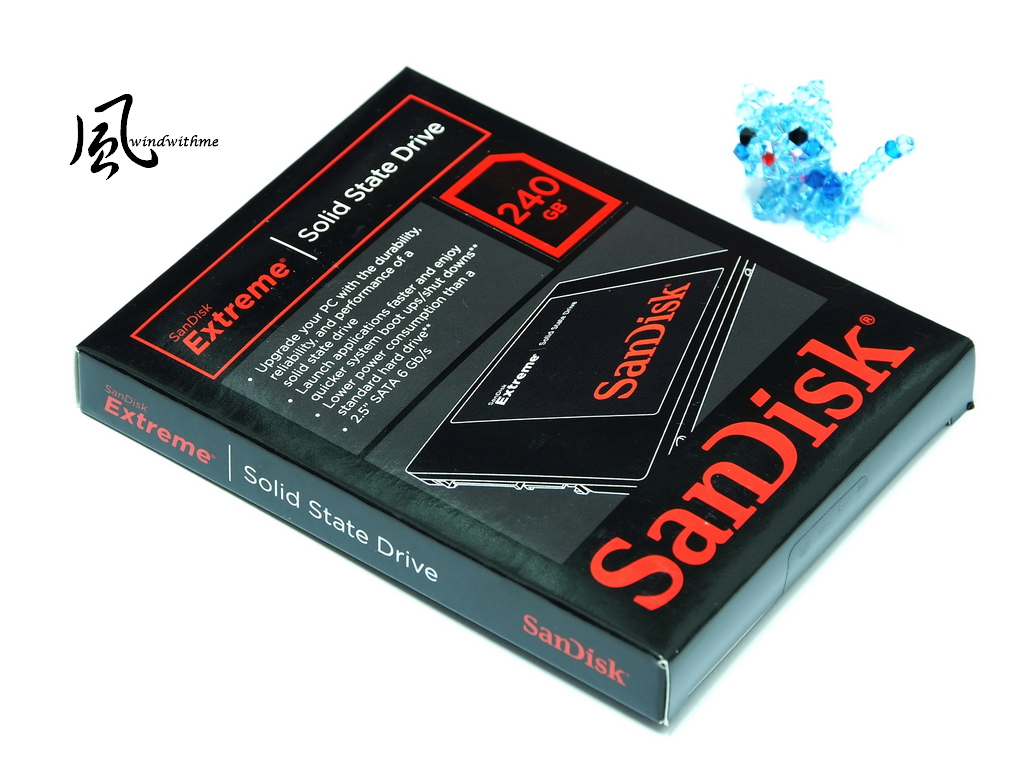 Contents
Left side is SanDisk Extreme 240GB and sticker. Right side is multi-languages products manual.
If they can bundle 2.5” to 3.5” adapter, that would be better. 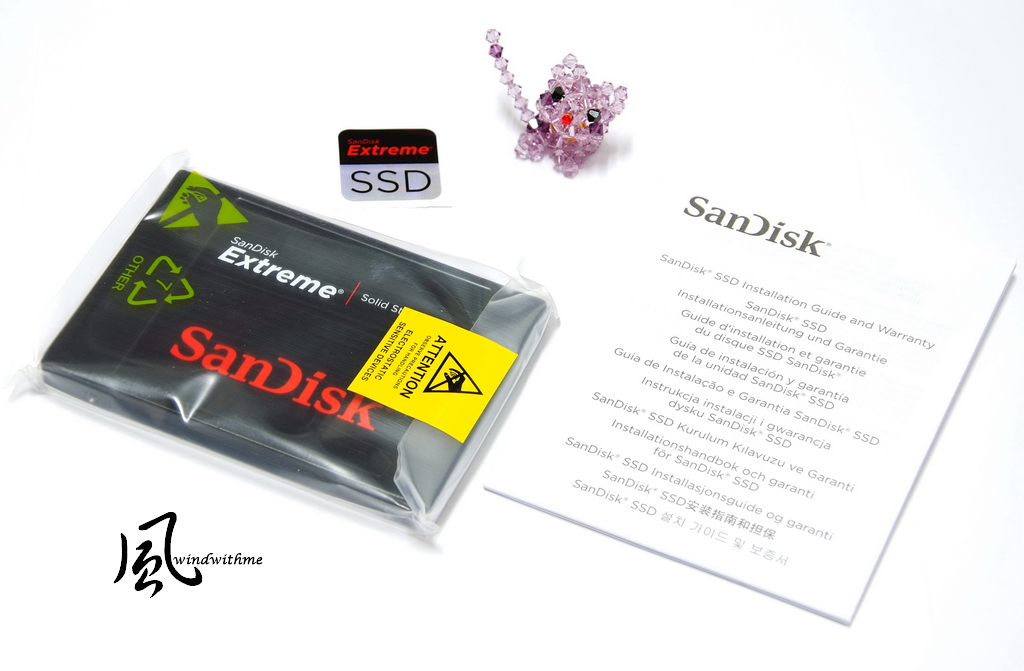 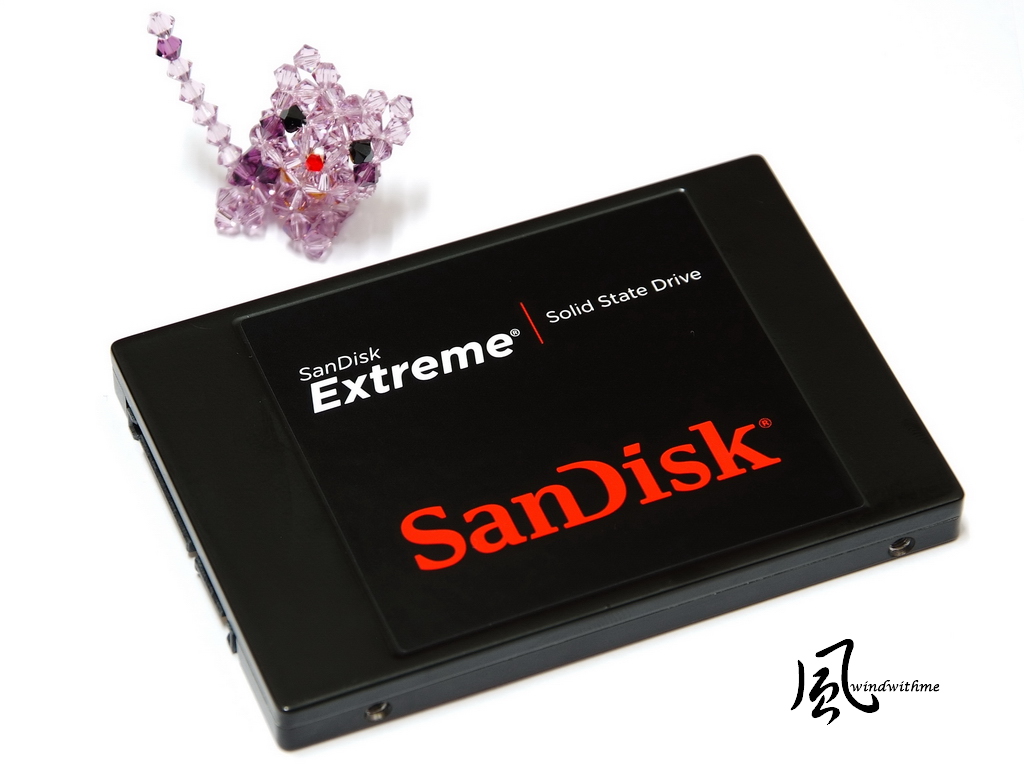 The model name is SDSSDX-240G-G25. This series has 120, 240 and 480GB.
It’s glossy black metal shell. The texture of outlook is elegant.
Controller chip is SandForce SF-2281. This chip has launched almost one year. Many major brands SSD are also using SF-2281. 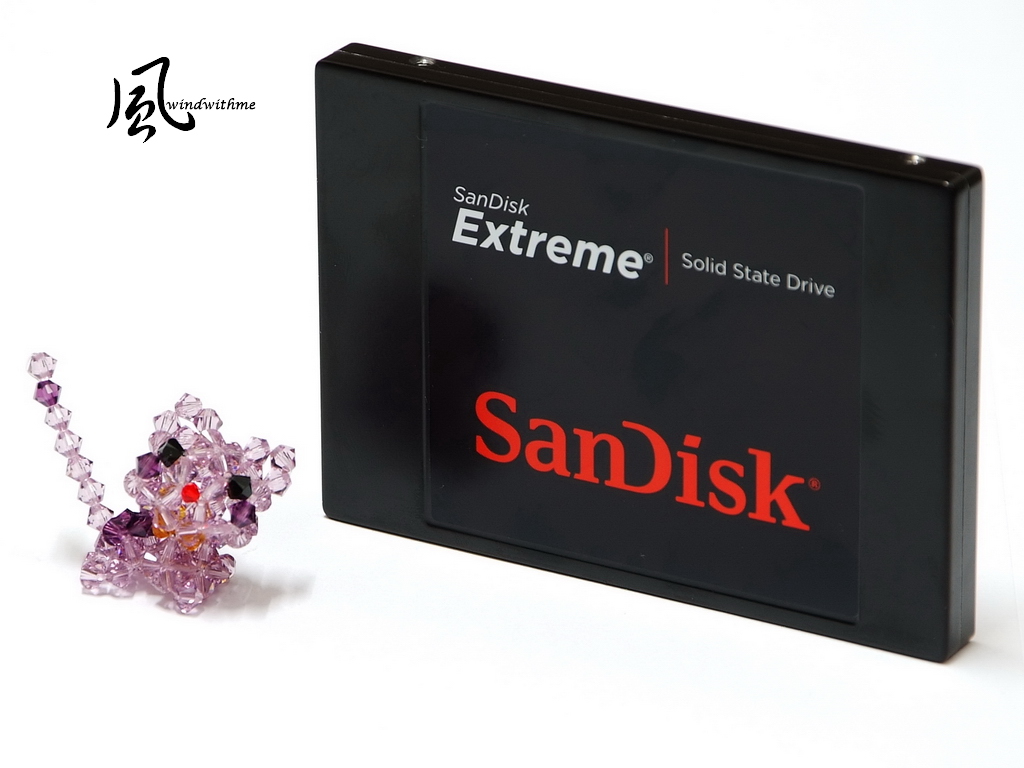 Backside sticker shows all safety certificate and information.
The screws are under sticker which is different with general design.
If you want to see controller and NAND Flash inside, you can search the pictures from internet.
As warranty and hardware safety, I recommend you to keep it as original. 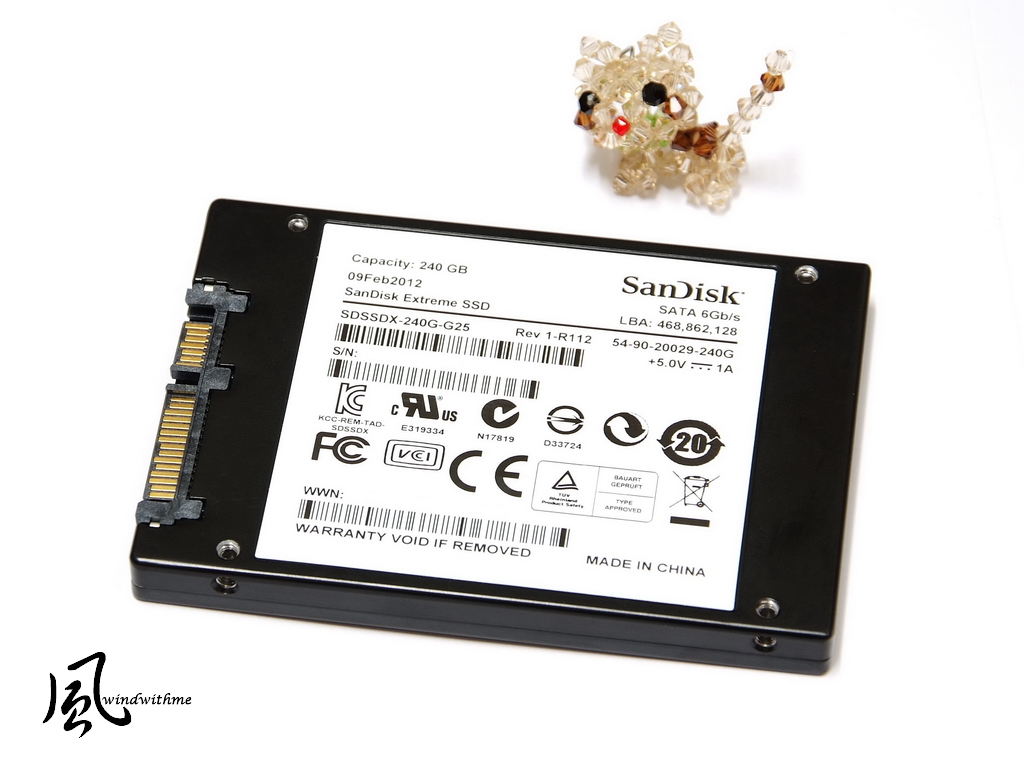 Lower right is SATA3 and power connector. It’s same as SATA1 or SATA2.
You need to check the packing or product spec to know if it’s SATA3 SSD. 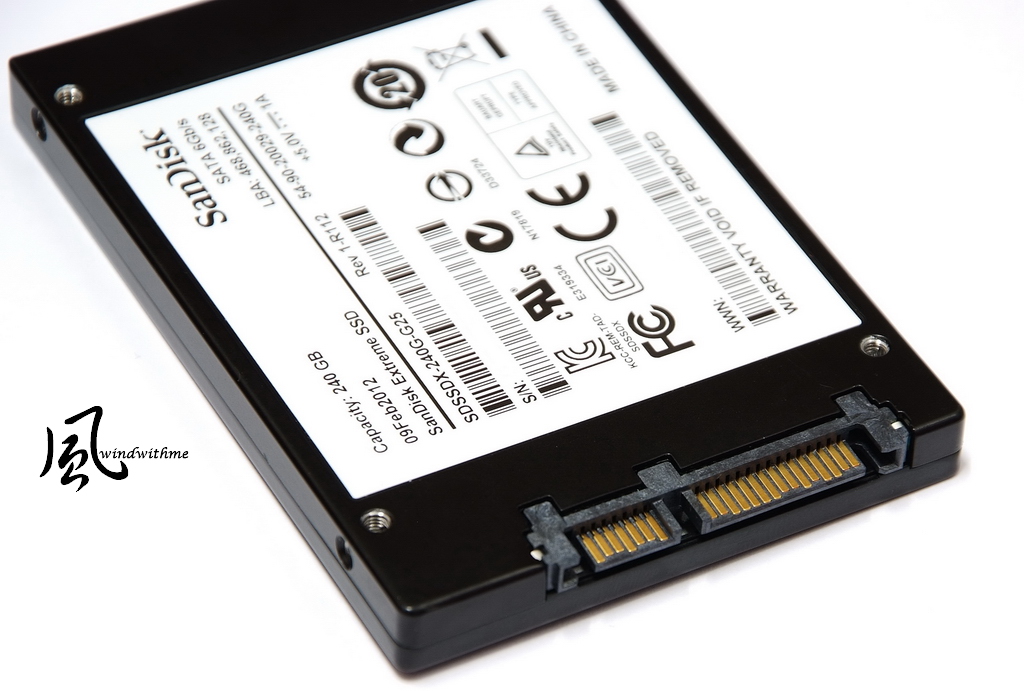 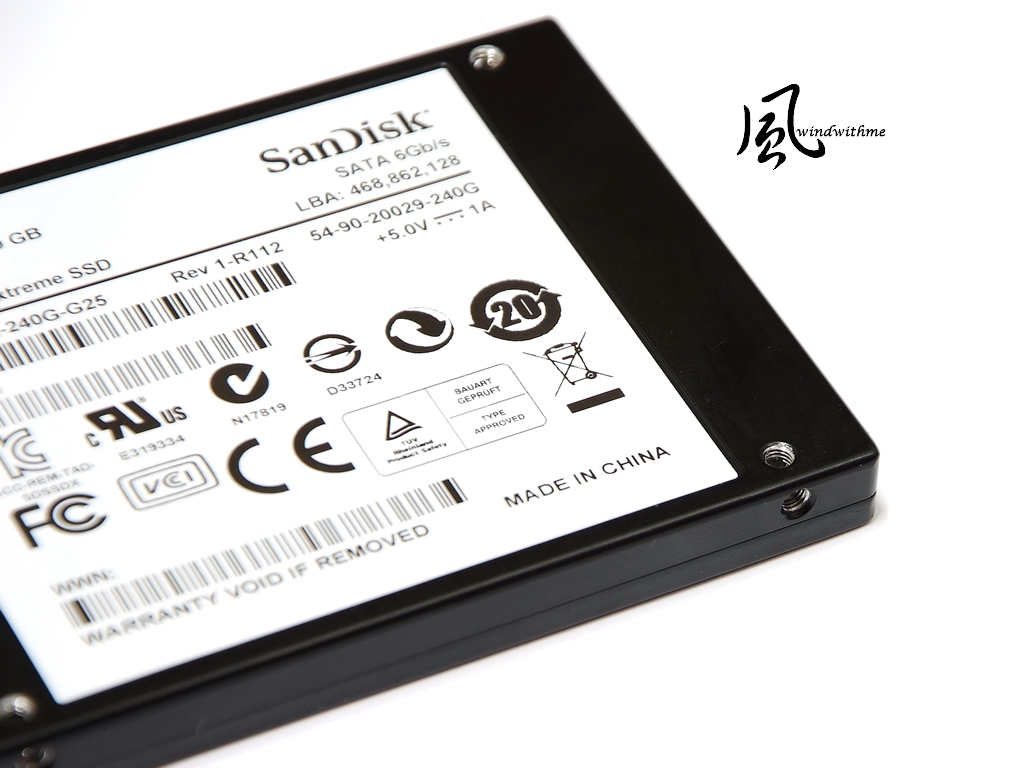 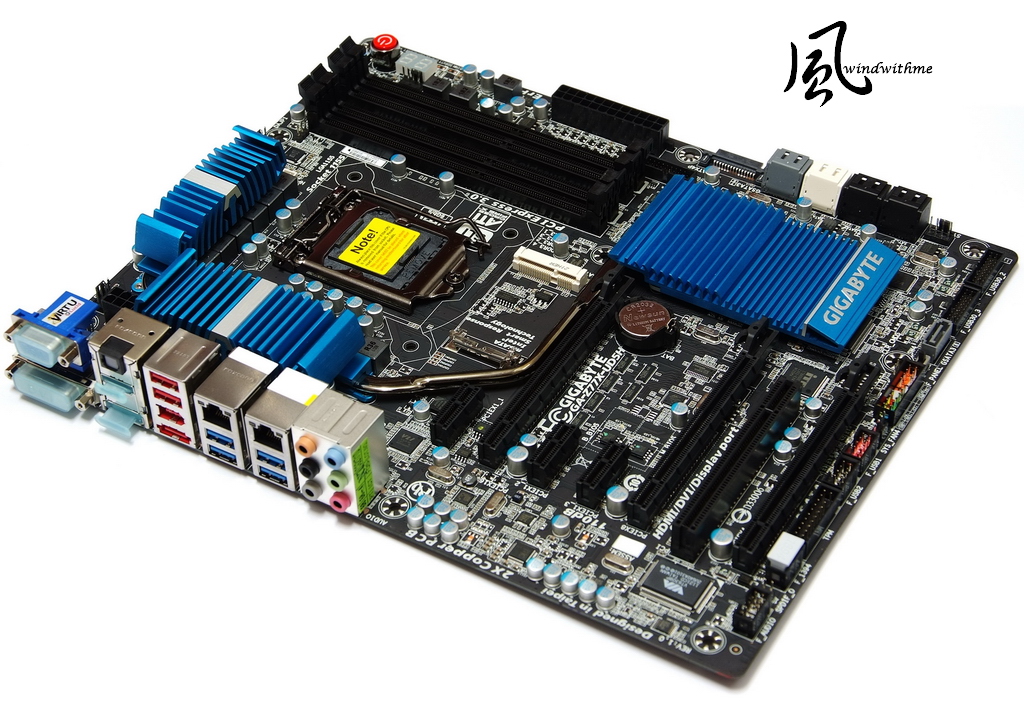 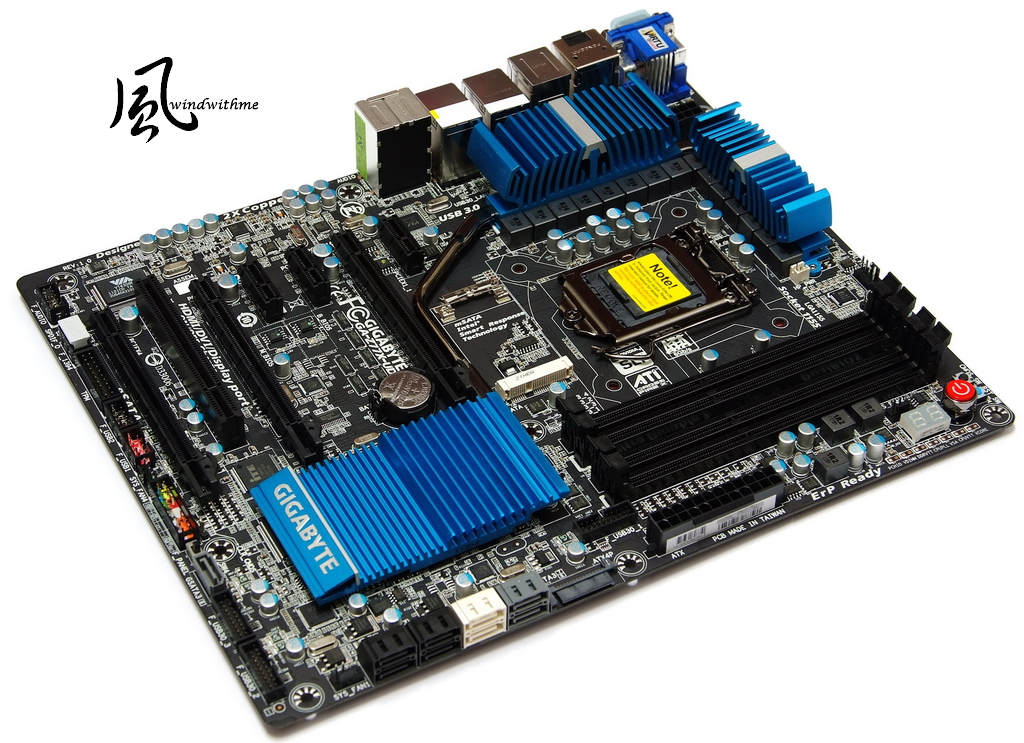 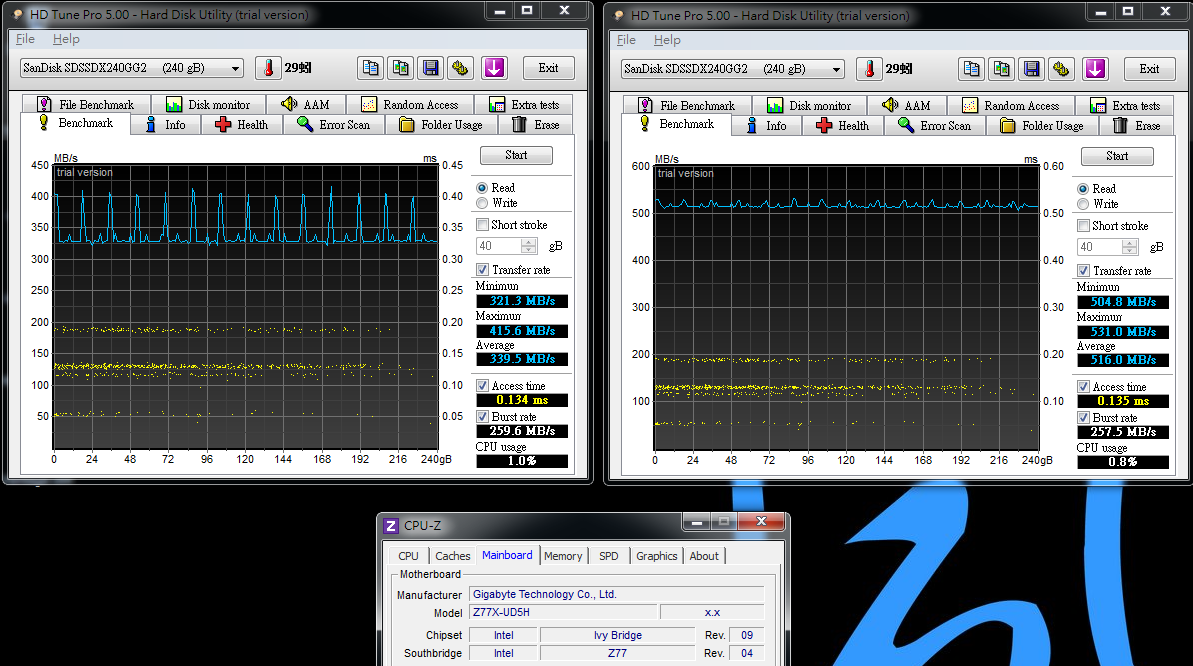 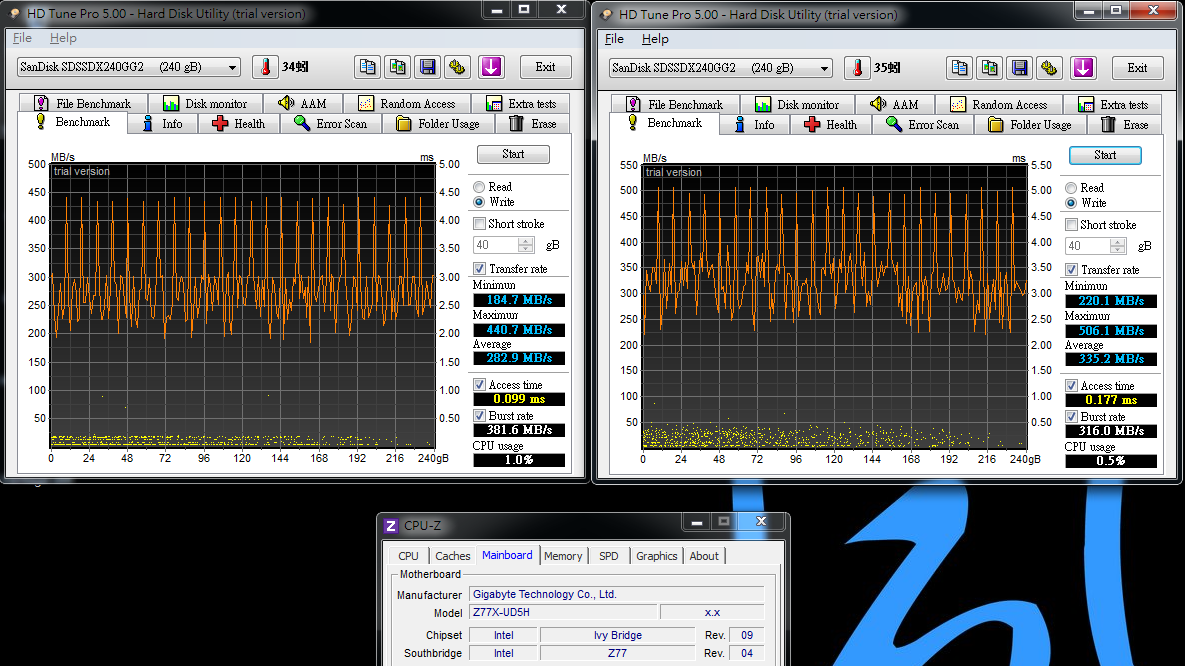 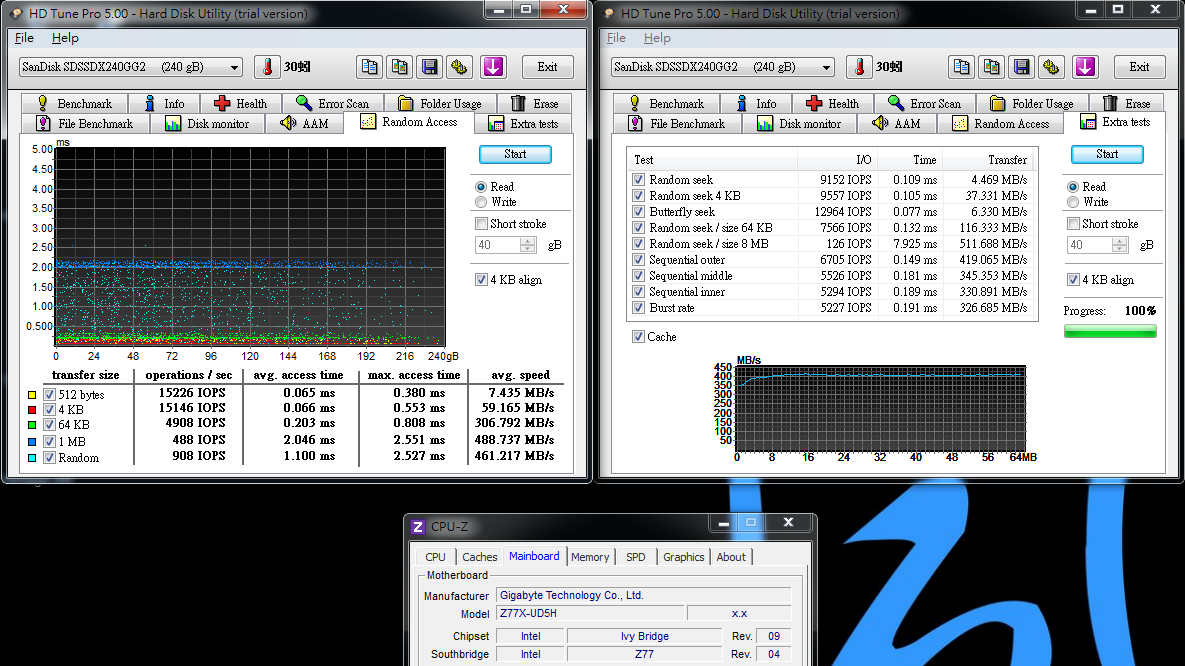 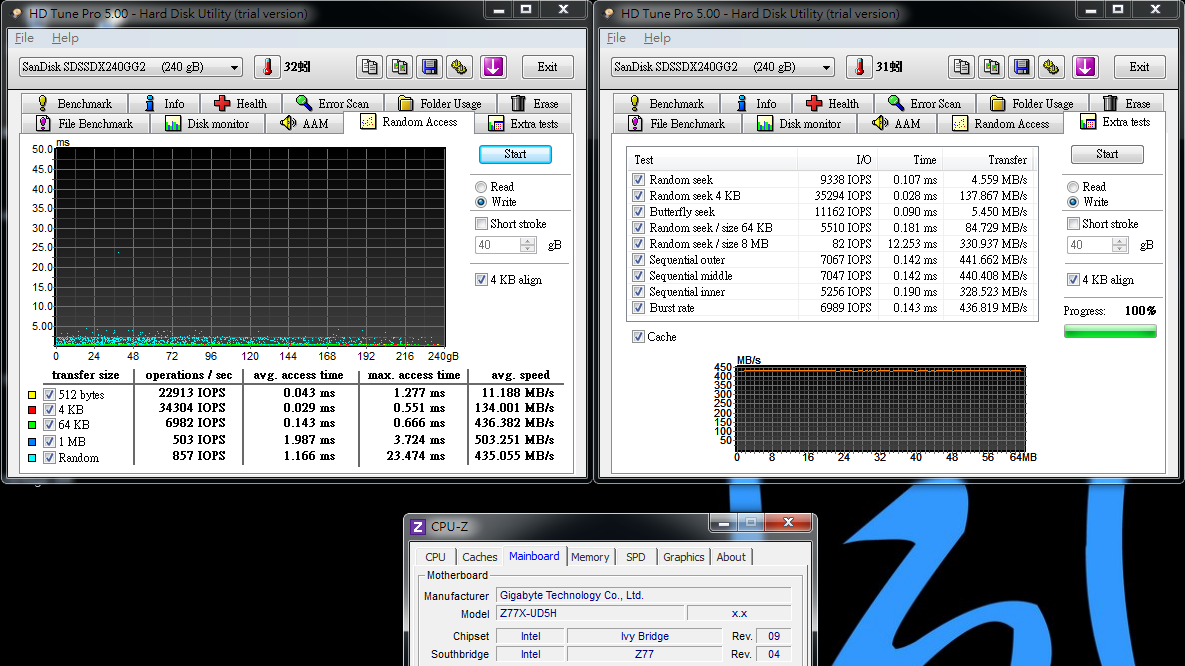 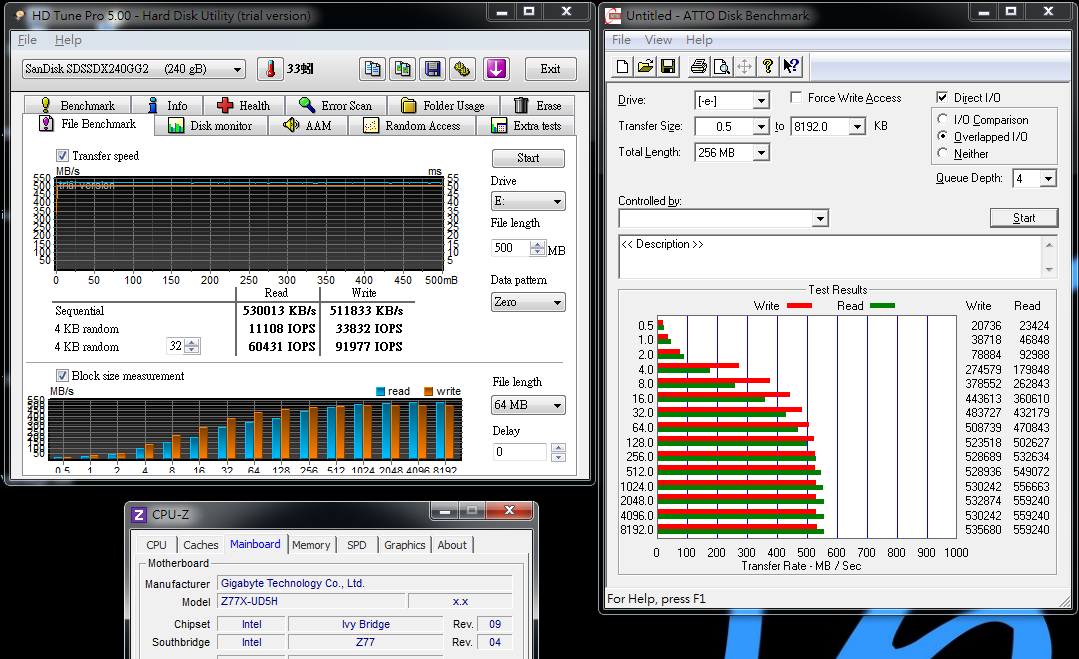 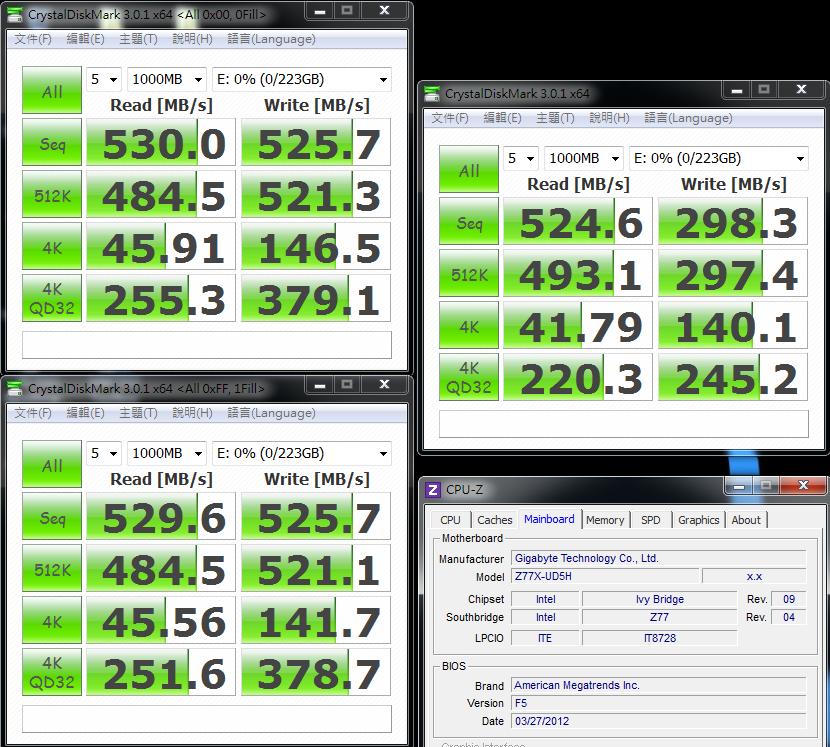 CrystalDiskMark default test is random, As right-hand picture, the Write performance is lower.
This part is caused by SandForce controller structure. The performance will be lower as algorithm.
Left side CrystalDiskMark test changes to two pure sequential mode. The Write is close to official spec.
SandForce has special algorithm in Sequential Write. The speed starts from 280MB/s and ramp to 500 MB/s slowly.
This is also a weakness of SandForce controller. 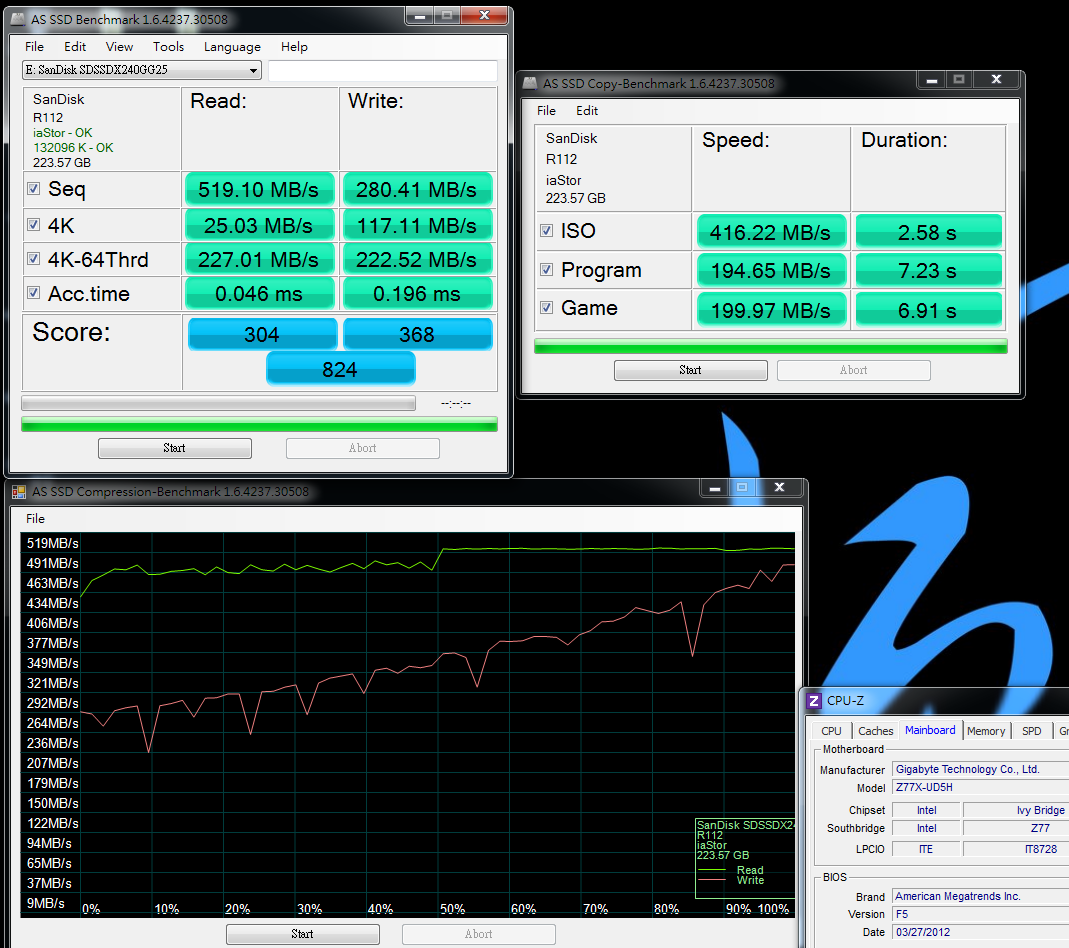 SandForce structure will be changed by SSD capacity.
AS SSD Benchmark with 120GB is only 500, but it improves to 700~800 with 240GB.
You can see 240GB Write Seq/4K-64Thrd is much better than 120GB.
AS SSD Benchmark in personal experience, the ratio is more on 4K and 4K-64Thrd.
In these 2 items, if the transfer rate is higher, the total will be higher as well. 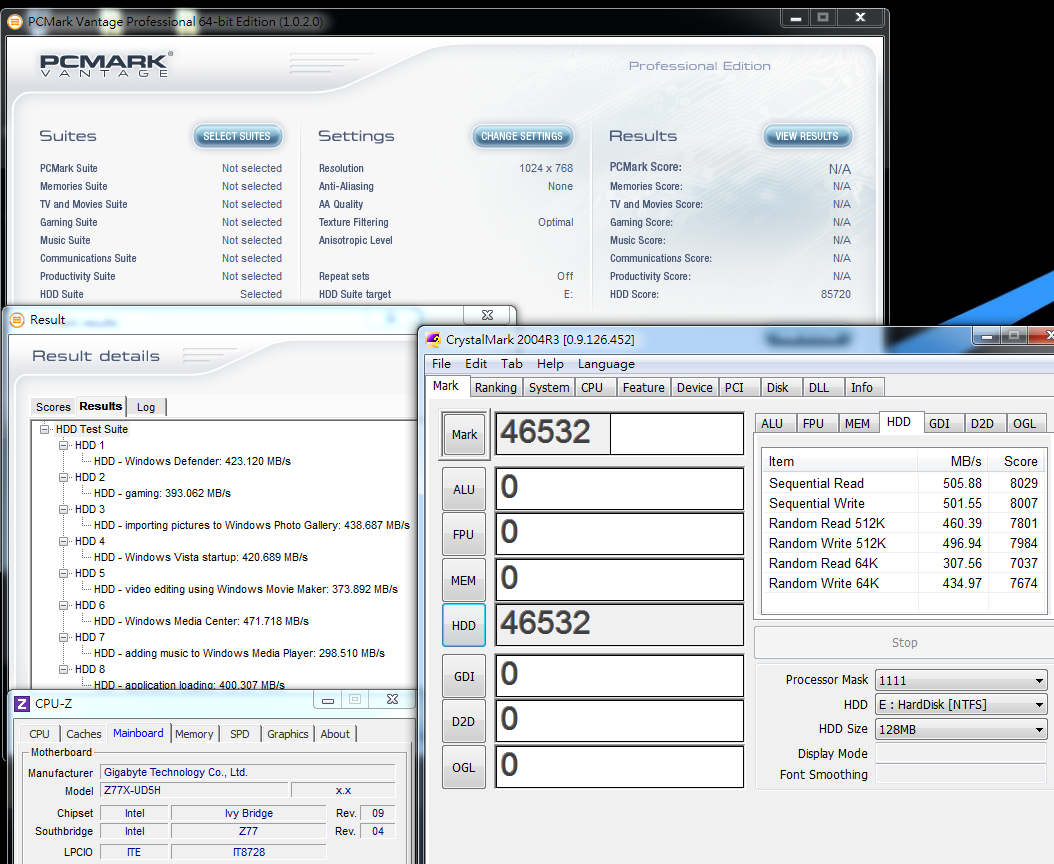 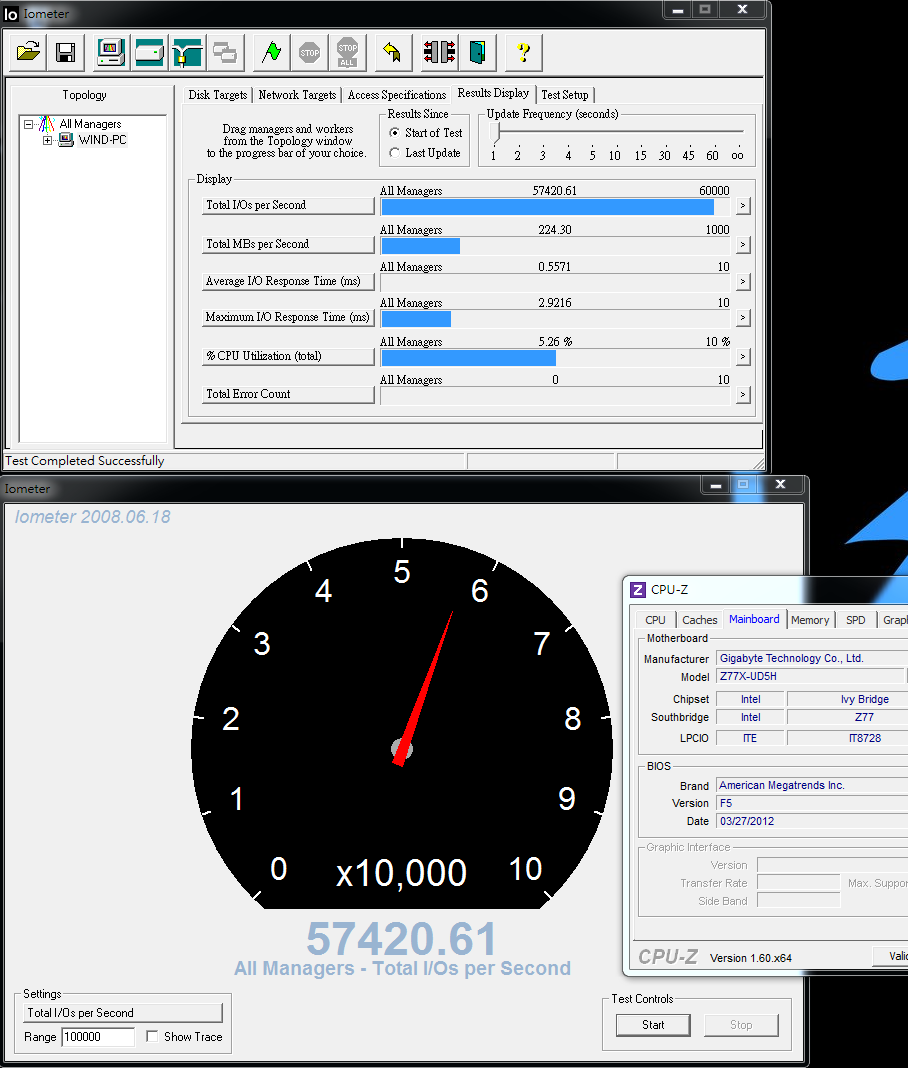 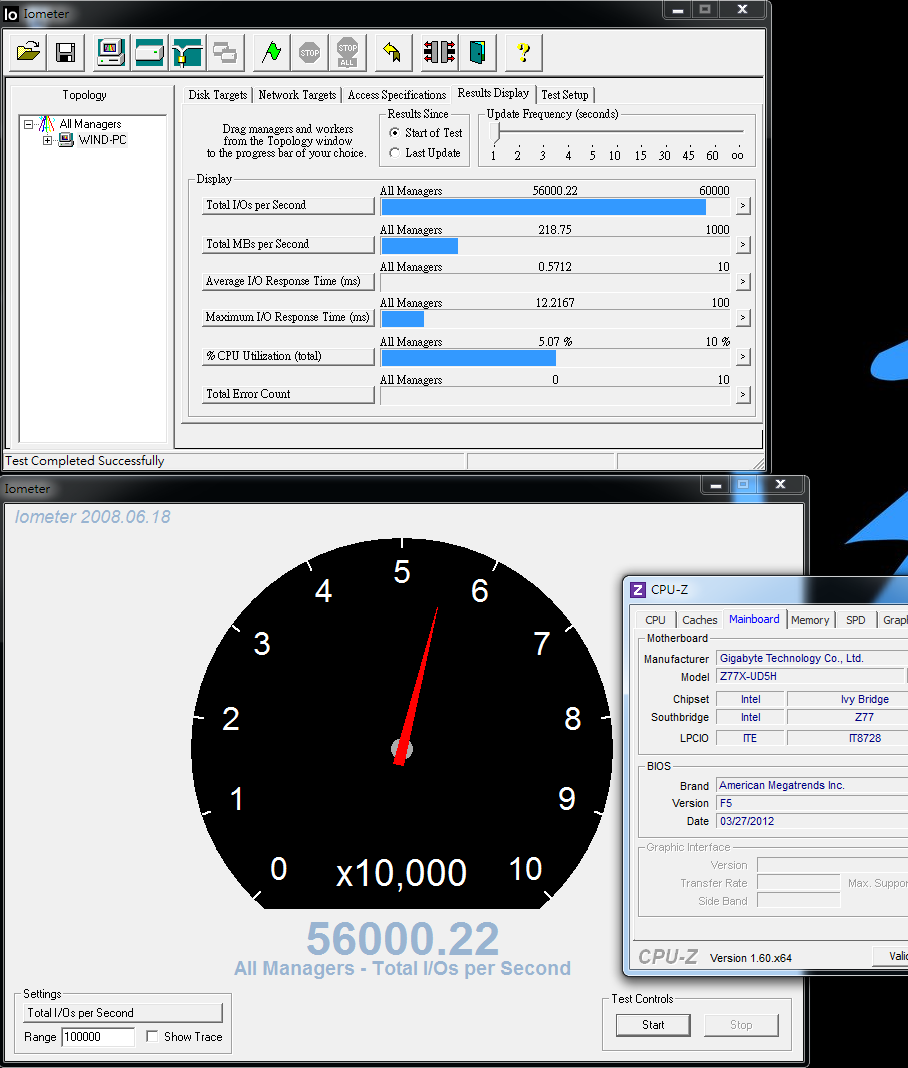 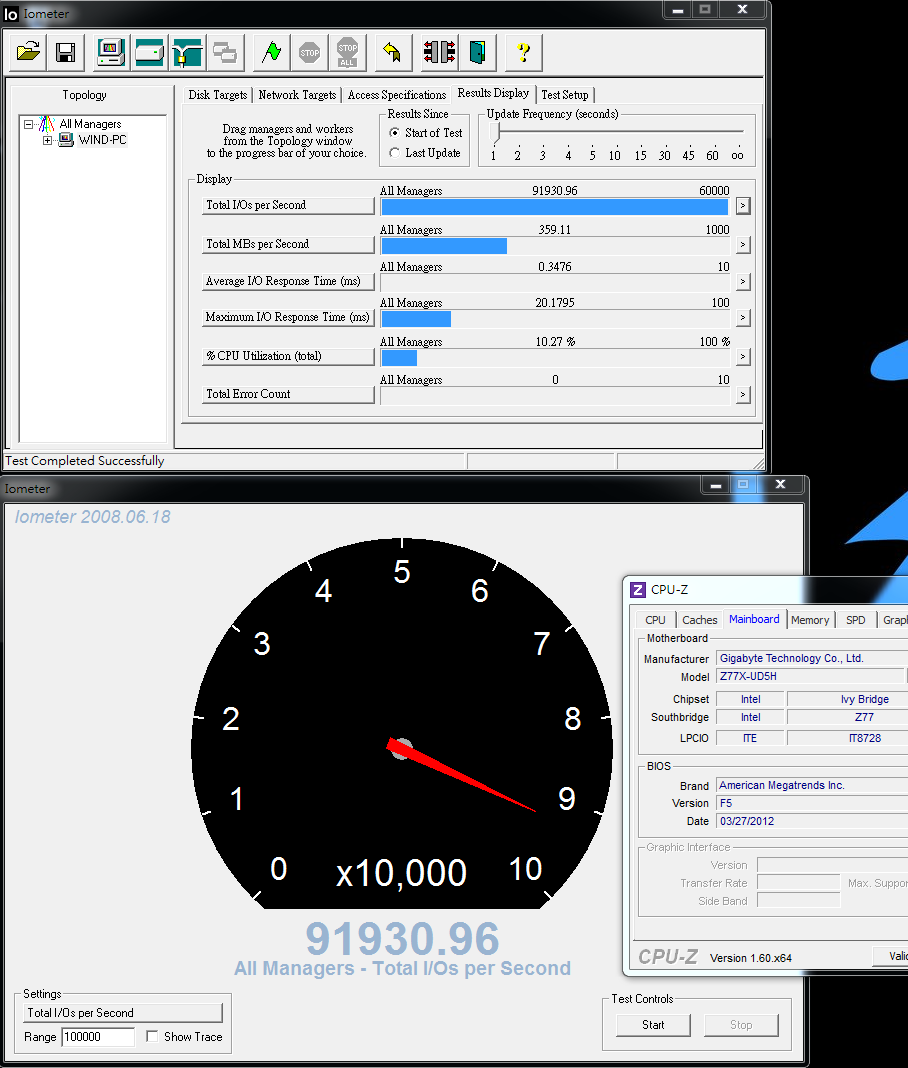 Above-mentioned, SandForce controller has special algorithm for Sequential Write.
It leads to the performance speeding. Internet said it designs for reducing writing numbers to increase SSD life.
Anyway, only sequential write can achieve 500 MB/s. For random test, Write is only 180~280 MB/s.
Besides this, Read or 4K is good performance level.
SanDisk uses NAND Flash synchronize IC, the performance is not lower than Intel or Micron IC.
SandForce controller has been in the market for a while. SanDisk SSD can have more competitive price.

Second part is NoteBook test. I still use acer TimelineX 3830TG for performance test.
I have been using this NB for several SSD reviews. The performance won’t be impact by SATA performance.
If I get Ivy Bridge NoteBook in the future, I will move to latest Intel chipset one. 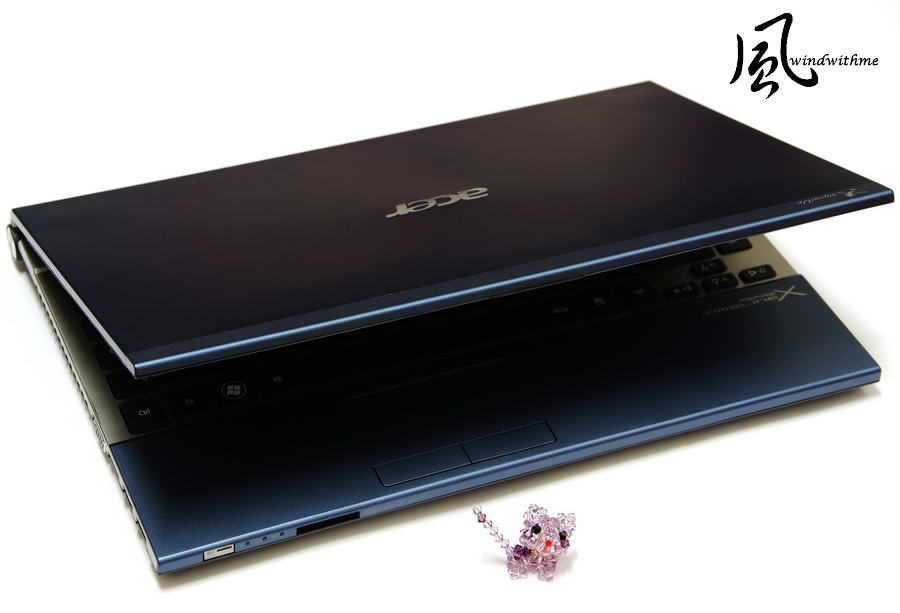 3830TG color is very eye catching. The upper cover is aluminum also. The body is also slim.
Intel chipset is HM65. In NoteBook, it has better SATA3 transfer ability. 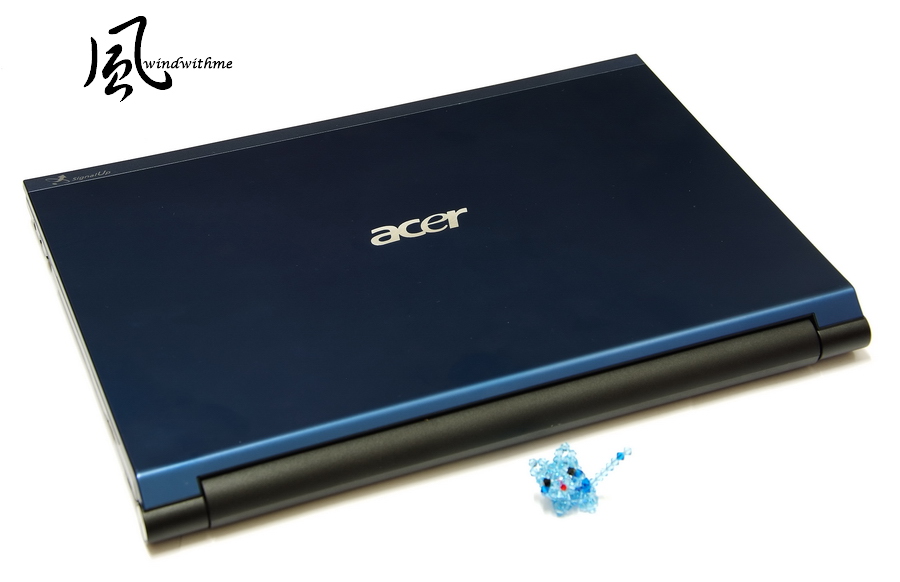 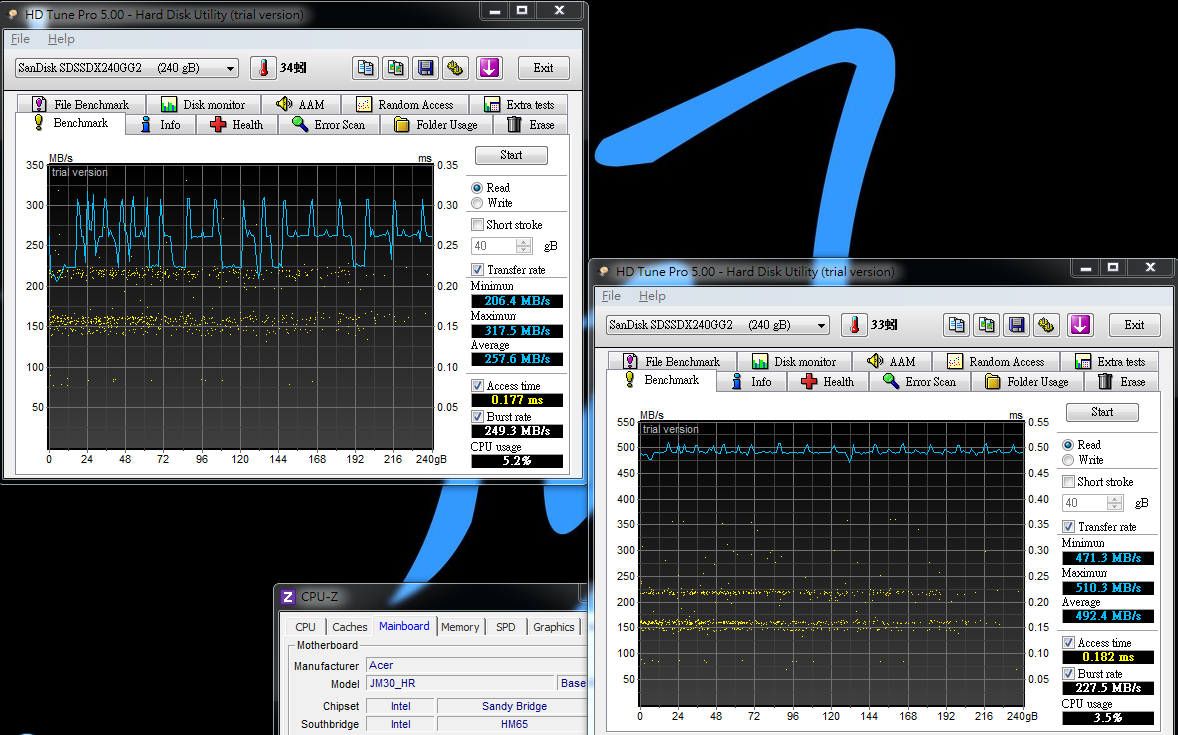 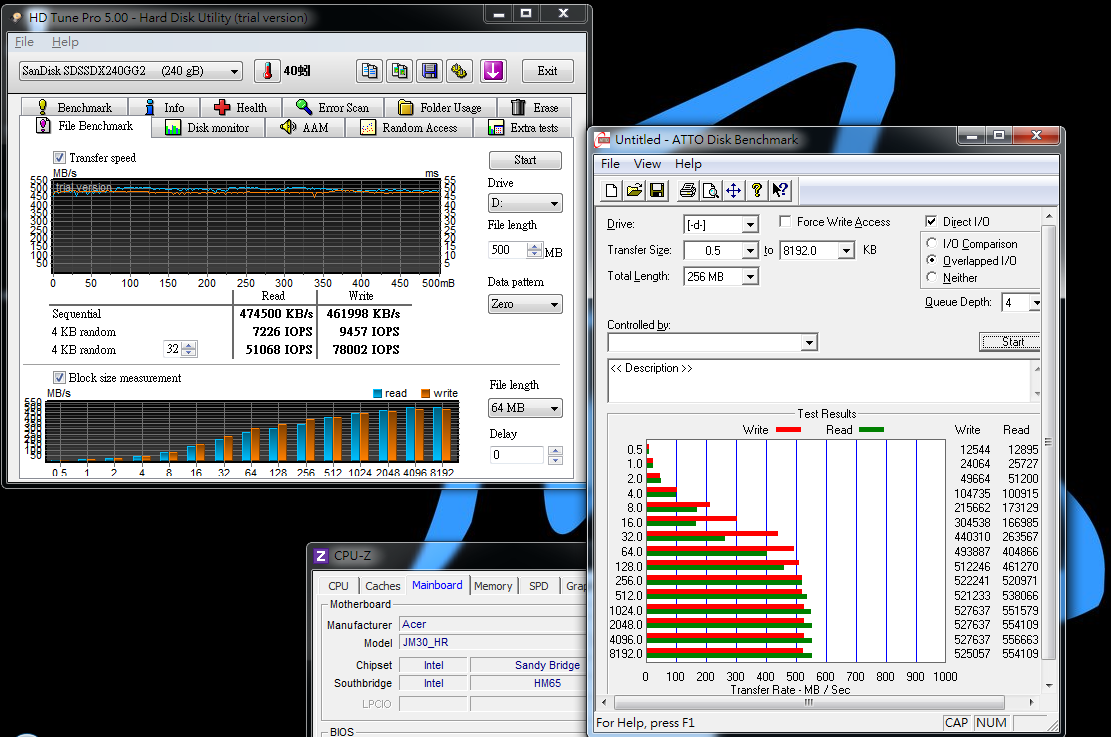 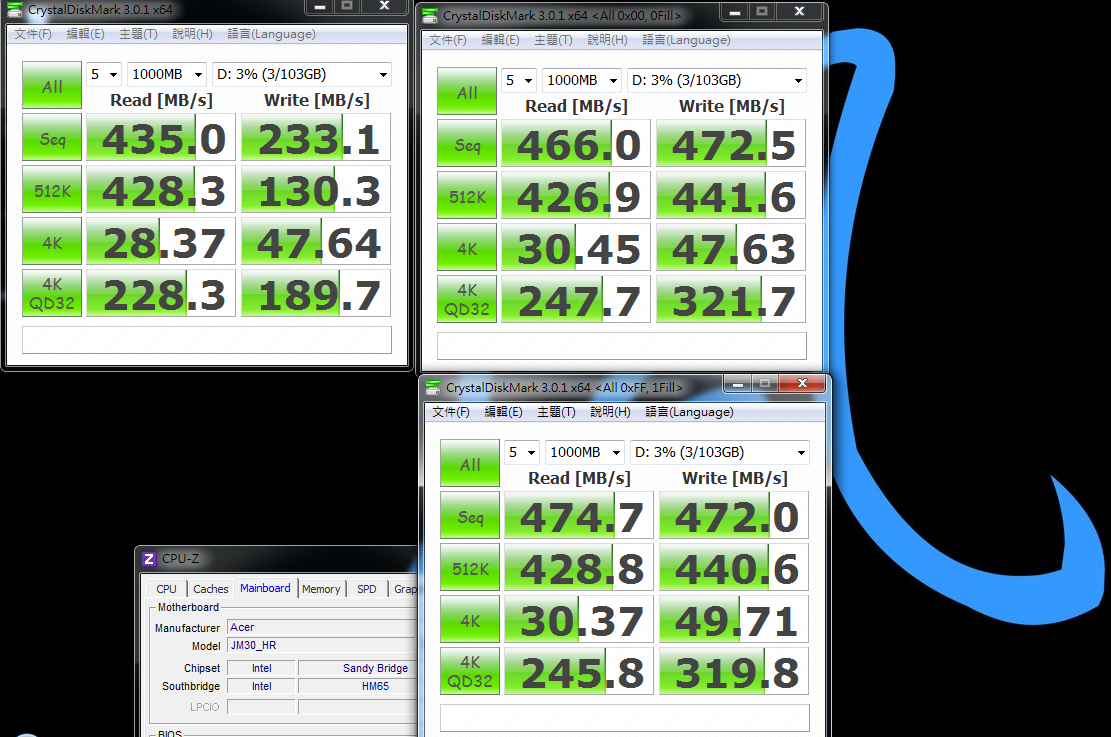 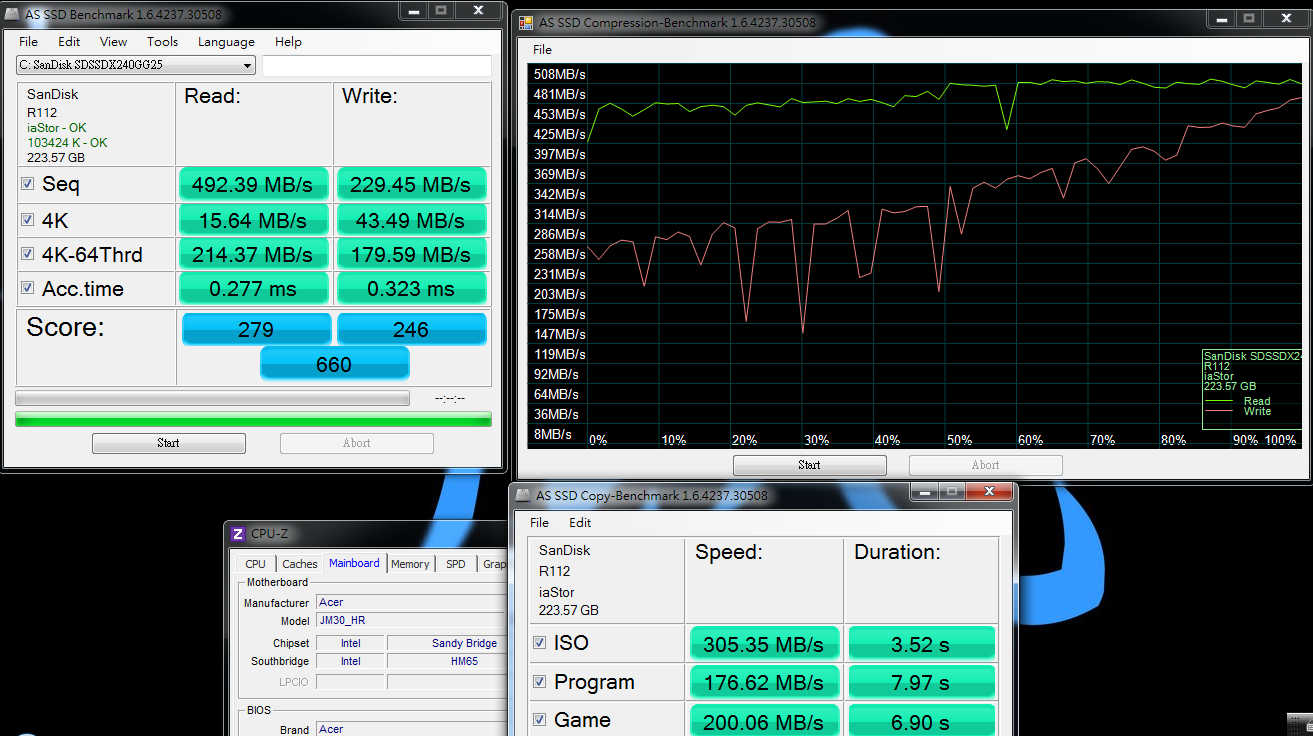 Previously, I use TOSHIBA MK6461GSY 640GB 7200, Time to Desktop was 42 seconds.
SanDisk Extreme 240GB in Time to Desktop is 15 seconds.
I use same NoteBook for both drives and install same drivers and software.
SSD really can speed up NoteBook. SSD booting speed is 2.8 times faster than HDD.
Of course, starting software is also much faster, especially you can feel for bigger files. 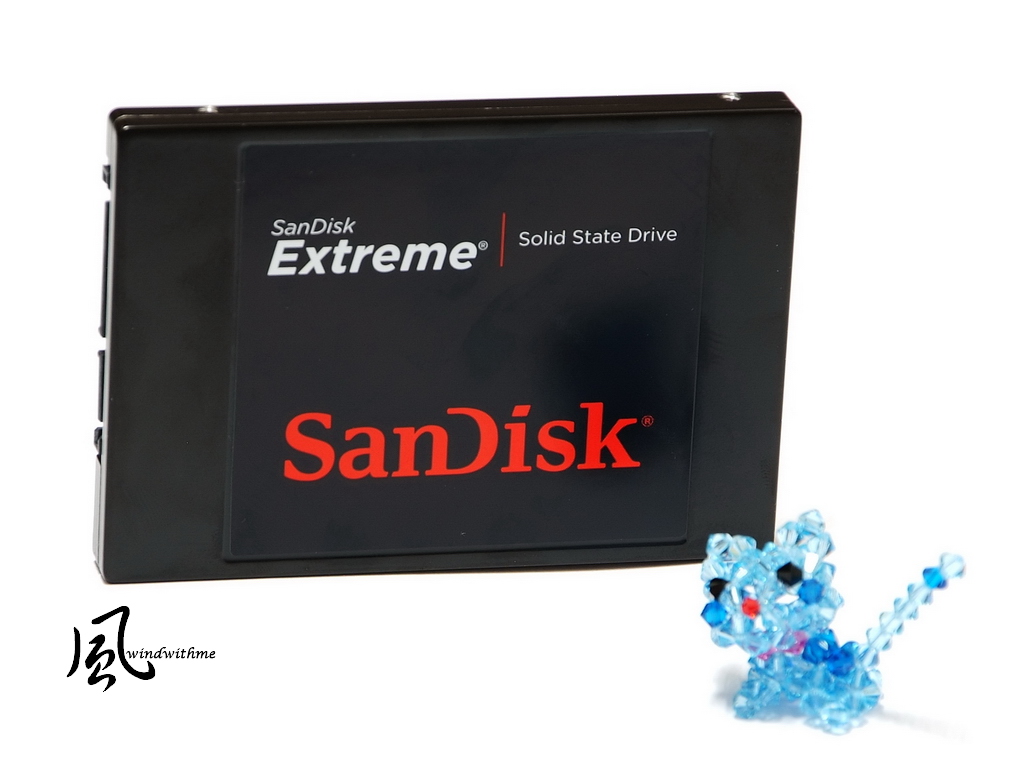 SanDisk Extreme 240GB price in Taiwan is 7800NTD, around 266USD.
Using SandForce SF-2281 high speed controller and synchronize NAND Flash IC to own high performance.
This cost performance can be the lowest price in same market position.
SanDisk just comes into SSD market and go straight to low price and high performance product line.
If they also provide good warranty and firmware upgrade, SanDisk can be a new brand with high C/P.

This review is also in my blog WIND3C, Any comments are welcome.