One of the RPi servers he mentioned (OctoPrint) is absolutely fantastic for 3D Printers - I'd almost say it's an essential bit of software if you own a 3D printer as it makes transferring GCODE so much easier. I'll happily mention it at any opportunity, as it's free to use and works so well

You Can Now Install Android 8.1 Oreo on Your Raspberry Pi 3 Model B+ Computer

Just two weeks after releasing the first build of his RaspAnd operating system based on Google's Android 8.1 Oreo mobile OS, Arne Exton today announced a new version with support for the Raspberry Pi 3 Model B+ computer.

$9 for two different versions is cheap I recon.

Readers, we asked you what materials we should use to construct homebrew gadget Project Alias – which deafens smart speakers – and a whopping 40 per cent of you demanded Lego.
Click to expand...

While the owner of the Lego was away for the weekend, the brick bins were raided and a box built to hold the Alias. It looked a bit launchpaddy to us, which meant the final, Lego-based, hat could really only be one thing...
Click to expand... 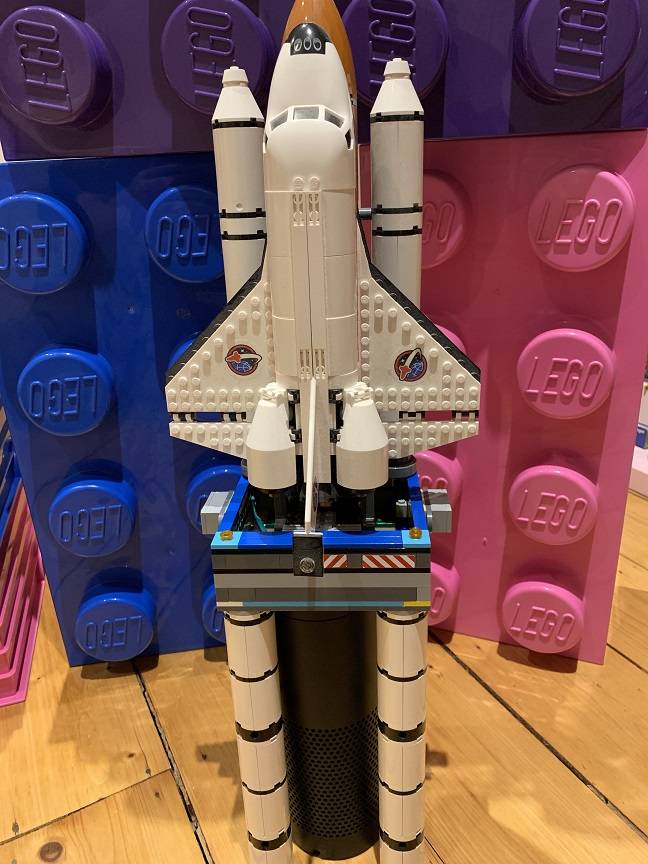 You got a smart speaker but you're worried about privacy. First off, why'd you buy one? Secondly, check out Project Alias

Project Alias is a homebrew gizmo that aims to deafen Alexa and Google Home until a user is good and ready for the creepy little cylinders to pay attention.
Click to expand...

If you have access to a 3D printer you can also add the cover, which looks like someone has been a bit poorly on top of your home automation assistant, or held it over a fire.
Click to expand... 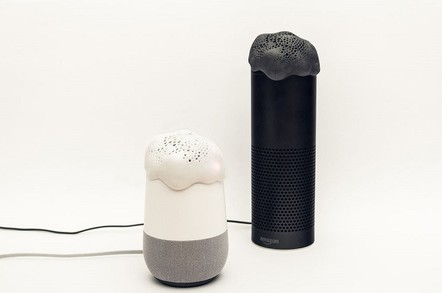 Alternatively, you could simply not put the creepy things in your home and point your phone at a good old-fashioned Bluetooth speaker to make music play, which is what many smart speakers seem to end up doing these days. ®
Click to expand...

Bit out of date,from February this year.

The team behind the pocket-sized Raspberry Pi computer is opening its first high street store in the city where it was invented.
In a move bucking the online retail trend, the company will open an "experimental space" in Cambridge.
The firm will also now offer a new starter kit of parts - to accompany the popular tiny computer.
Founder Eben Upton said he hoped the shop would attract customers who were "curious" about the brand.

Bit more recently, even the crims are cutting down their running costs,


A tiny Raspberry Pi computer has been used to steal data from Nasa's Jet Propulsion Laboratory, the space agency has revealed.
An audit report reveals the gadget was used to take about 500MB of data.
It said two of the files that were taken dealt with the international transfer of restricted military and space technology.
The attacker who used the device to hack the network went undetected for about 10 months.
Remote rover
The malicious hacker won access to the Jet Propulsion Lab internal network via the Raspberry Pi by hijacking its user account.
Although the Pi had been attached to the network by the employee, lax controls over logging meant Nasa administrators did not know it was present, said the report.
Click to expand...

With up to 4GB RAM, the new Pi 4 is prepared for everything from the workshop to the desktop. It's the most complete Pi yet

"Three years after the launch of the Raspberry Pi 3 there's finally a completely new model of the credit card sized computer. This time around the hardware is getting a huge update – the biggest since the first version was launched in 2012.
Keeping with convention, the new model comes in the guise of the Raspberry Pi 4 Model B and is three times as powerful as the Pi 3. Overall it's over 15 times faster than the original Raspberry Pi and puts in a better performance on the desktop than some traditional budget PCs we've used.

Eben Upton, the CEO of Raspberry Pi's commercial trading arm, has described the latest model as "basically a regular PC now", and he's not wrong. The Pi 4 is ready to become the device it was always intended to be. However you measure it, the new model is significantly more powerful than previous iterations of the hardware and it really does stand up as an entry-level PC for day-to-day use."


"You’ve probably heard of the Raspberry Pi, but may until now have thought of it as something better suited to hobbyists and hackers - a novelty computer that lacked the power to play a serious part in a music setup. But that may have changed with the announcement of the fourth generation model with some seriously beefed up specs. So could now be the time to start using one at the heart of your studio? Here are five reason why it could be."


Windows 10 reported to be available for Raspberry Pi!


"This unofficial Windows on ARM project lets you install an ARM64 version of Windows 10 to a Raspberry Pi 3/3B+/3A+ with very little hassle. The WoA installer uses some other files to create an SD card on your Windows 10 machine that you can then plug into your Pi."

Ok so the last link is just a tease.

The Raspberry Pi 4-based Pi-top[4] mini-PC has surpassed its Kickstarter goal, starting at $199. The gizmo has an OLED display, 5-hour battery, fan, and 14 sensor modules plus options including screen/KB and robotics kits.

The Pi-top [4] mini-PC and hacker kit was announced a few weeks back in conjunction with the Raspberry Pi 4 Model B SBC that it’s built around. Now it’s on Kickstarter with early bird packages starting at $199 and shipments due in November.
Click to expand...

pi-top [4] the smarter way to design, code & make anything!

pi-top [4] is the new programmable computing module for makers, creators and innovators.


It has a fully programmable mini screen and buttons, 5-hour internal battery, CPU cooling system and accompanying project kits and components. Powering all of this is the revolutionary Raspberry Pi 4 computer with 4GB of RAM, and a new social making platform called Further.
Click to expand...

"This is a weekly blog about the Raspberry Pi 4 (“RPI4”), the latest product in the popular Raspberry Pi range of computers.


With so many young children currently unable to follow their usual routine of going to school, playing with friends, and undertaking many hobbies, it’s vital to keep them happy and learning. There are many ways of advancing a child’s education and well-being including online lessons, video calls with family and friends, combined with parental guidance.


Younger children are likely to interact more with technology than they have ever done before during this crisis. There are lots of creative and educational ways to help them learn in a safe and balanced way. I’ve tested a range of software on my nephews and nieces (supervised by their parents), and the following games were the most popular. In these uncertain times parents need all the available help to support and offer education while children can’t be in school."

There are links to all 24 articles in the above article. Whilst it is written for the Pi 4 most of the information is relevant for other versions of the Pi.