The Brother laser printer was never any good for printing photos and there have been times when I've missed that facility so I think separate mono laser and colour inkjet printers are a good idea for me. But the last colour inkjet I had was an Epson P90 which wasn't cheap and as it didn't receive much use the print heads clogged up and I had to throw it away.

So I thought it would be sensible to buy a colour inkjet printer that has it's print heads either in the cartridges or where the print heads can be replaced easily.

I've been looking for something suitable without much success so wondered if anybody here could suggest a printer?

Print heads either in cartridge or easily replaceable
Wireless
NOT all-in-one model I don't need a fax or scanner.
Only up to A4 size required.

And that's about it really, though double sided printing would be a bonus but not essential.

Budget up to £150 but would go over budget if it was really worth it.
Ad

Inkjet = Canon ... I have a 3250, cheap AIO, (yeah, but you may find they don't do non-AIOs) What I was really surprised about was the quality of the photo prints, other than the cheap feel I've had it several years now. I think it cost £29.99??

I highly recommend going to PCWorld/Currys/Diksons and 'see' them first hand. Have a day out.

Perfect Mr Mucks and Aldi have the 3650S model on offer for £40 and I've ordered one, free postage. Here tis

I've checked and the print heads are in the Canons ink cartridges and the cartridges seem to be reasonably priced especially if you multibuy the 'maxi' versions.

I asked for advice here as when I searched for an inkjet printer meeting my requirements there seemed to be thousands of them and I became a bit confused.

I'll be ok choosing a mono laser printer, will probably go for an HP model, we'll see. But first I'm going to use the two nearly full black toner cartridges I still have for the Brother laser printer as it's still printing ok in mono.

Aldi use Hermes for their delivery service.

The tracking status on my order has been like this for 3 days now: 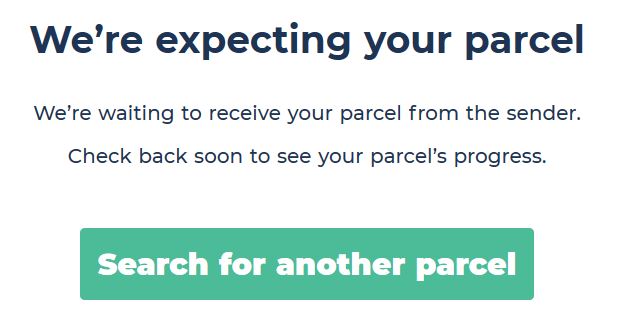 PC World had this same printer on sale for another £7.50 and there are three branches near me I could have collected from. I rather wish I'd coughed up the extra readies as if there's one thing I do not like it's staying at home all day for a delivery.

I did try two branches of Aldi to try and buy one locally but neither branch stocked this printer or any printer. No Aldi stores give a telephone number or stock details online either, so couldn't check on stock before journey.

Aldi have taken the cash from my bank account.

I moaned too soon - it arrived today

I can't get it to work wirelessly via my ISP router though, it's a Hyperoptic router. Managed to set it up on main machine via USB cable ok, nice to see a decent colour print again.

My Brother laser printer has worked ok on wireless for years now. It's in my bedroom near second machine and the second machine is hard wired on the LAN.

When I disconnect the ethernet cable for second/bedroom machine from the router though the Brother printer won't print. Does this give anybody any clues as to what I'm doing wrong (or if I really do need a wireless card).

I've looked in my router and all three computers are listed along with my phone and Brother printer, but the new Canon printer wasn't listed. Any advice appreciated.
Last edited: Jul 4, 2019

can't help with wireless, always hardwire anything, but nice to hear you got colour again.

Does your router have a WPS button (or a virtual WPS button in the admin panel)? If so, that's likey the easiest way.

If not, the setup software should allow you to connect via your router, without needing to use a separate wifi card. See "Standard Connection Method for Windows users" on this page,

Download drivers, software, firmware and manuals for your Canon product and get access to online technical support resources and troubleshooting.

floppybootstomp said:
I can't get it to work wirelessly via my ISP router though...
Click to expand...

Ian said:
Does your router have a WPS button (or a virtual WPS button in the admin panel)? If so, that's likey the easiest way.

If not, the setup software should allow you to connect via your router, without needing to use a separate wifi card. See "Standard Connection Method for Windows users" on this page,

Download drivers, software, firmware and manuals for your Canon product and get access to online technical support resources and troubleshooting.

That was the one, I had to RTFM as the quick setup guide didn't cover things very well.

It was a case of having to go through a sequence of button pushing on the printer then pressing the WPS button on the side of the router so they could see each other. Nothing, incidentally, in the router manual mentioning the two buttons on its side, the other one being WLAN.

And Urmas, thanks for your input.
Ad