"The 'next-generation' consoles are just about catching up to 1080p, but in the world of PC gaming, things have moved up a further few notches through the emergence of 4K panels touting a lush 3,840x2,160 resolution.

Lovely as they are - and it's true, games have never looked so crisp - pushing this number of pixels requires some serious horsepower on the part of the accompanying GPU. And from what we've seen thus far, a single Radeon R9 290X or GeForce GTX Titan doesn't quite provide the talent that's needed to drive some of the latest games at such extreme resolutions.

But how about the new king of the realm, the GeForce GTX 780 Ti? With 3GB of fast GDDR5 memory and a full compliment of SMX units, encompassing 2,880 processors and 240 texture units, is this the card that's best geared toward 4K gaming? Yours for a cool $699 (£560), we're here to see if Nvidia's latest has the resources to take on ultra-high-res games by comparing it directly against AMD's crown jewel, the Radeon R9 290X."
Click to expand... 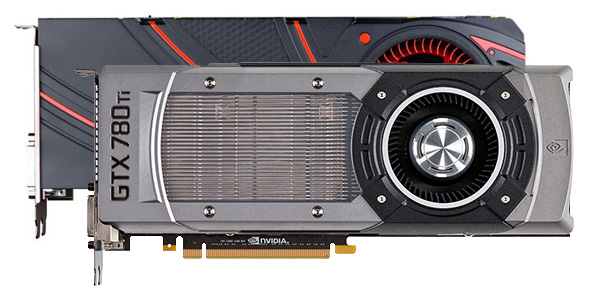