Bought my Sony RX100MkIII camera 8 months ago and haven't done much with it except put it on full auto and point and click. Which, considering all the stuff it's capable of, is a bit lazy of me really. The camera has lots of modes and full manual capability amongst other things. So tonight I tried one of the modes which is basically 'Night scenes using a tripod' walked out onto me balcony and snapped a few off, here's the result, soon I'll try strolling the neighbourhood after dark with me tripod and seeing what we come up with. 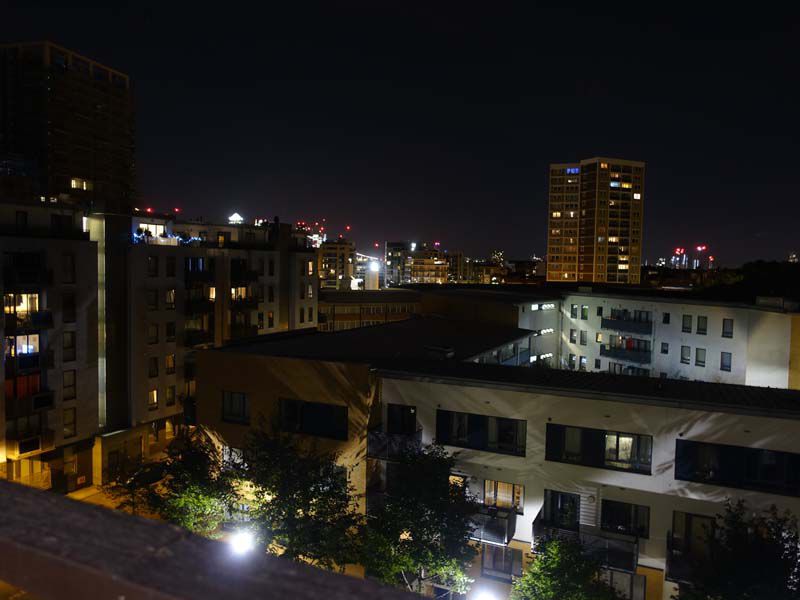 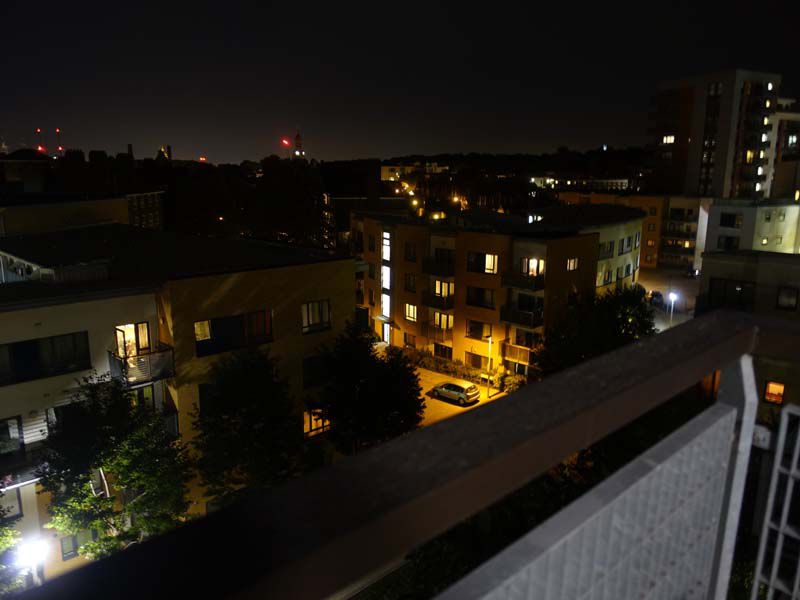 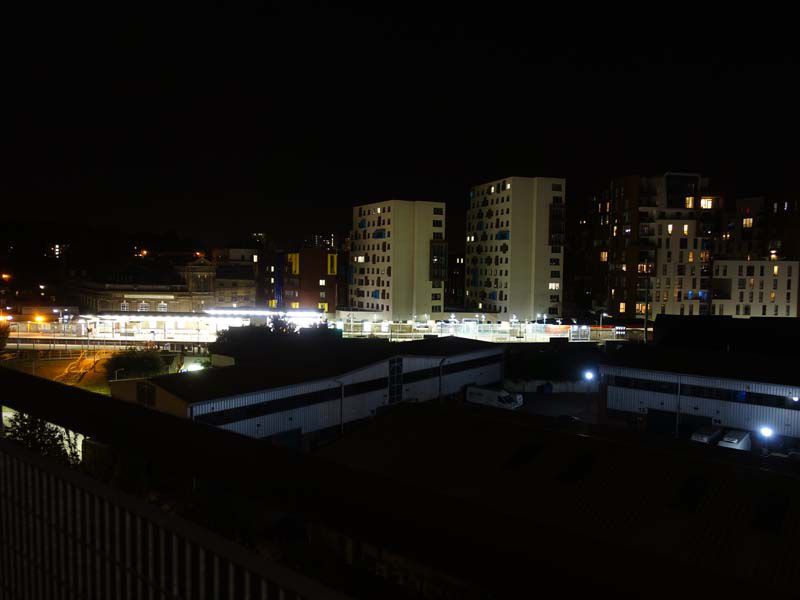 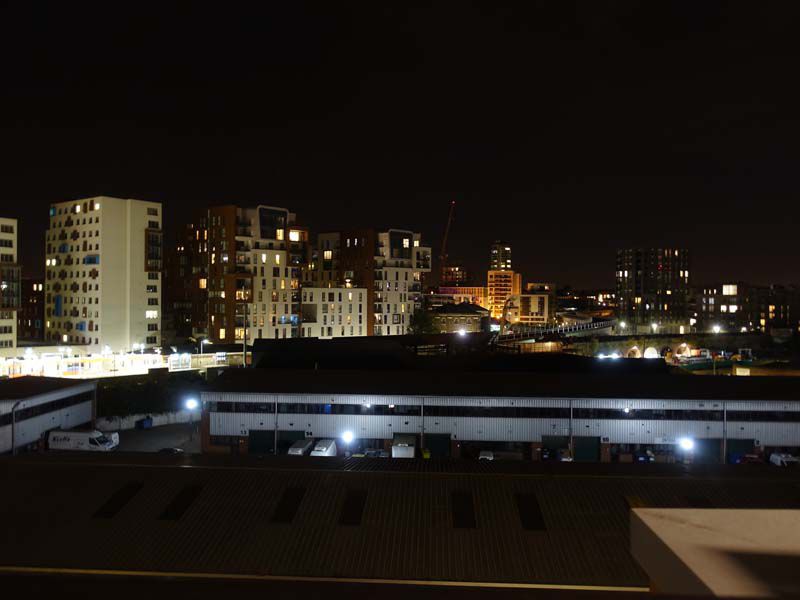 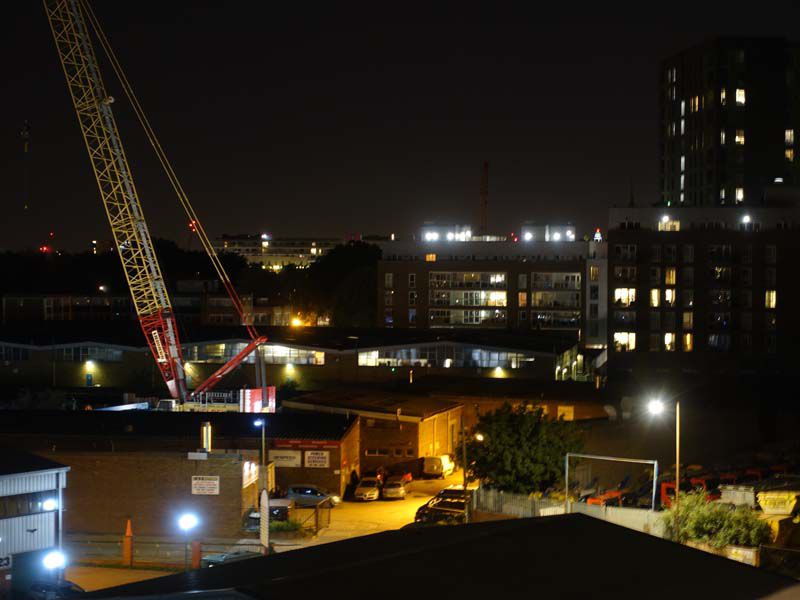 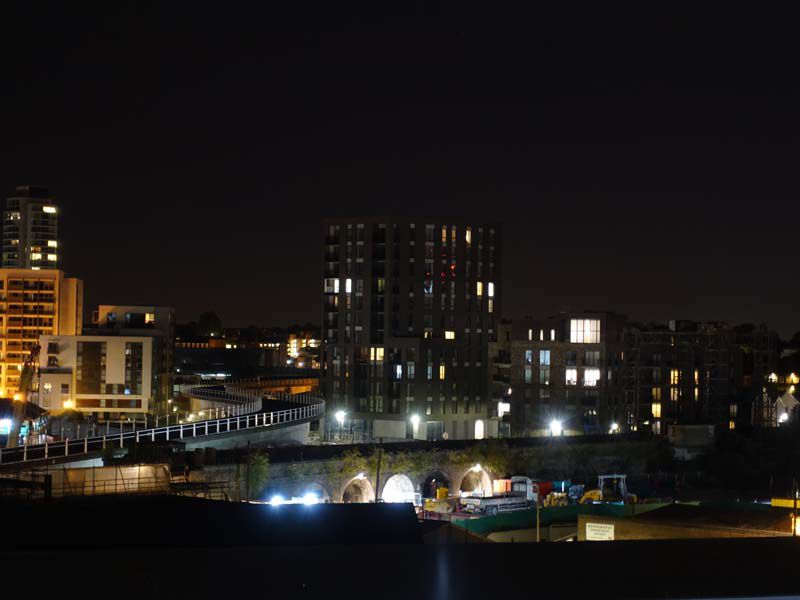 floppybootstomp said:
strolling the neighbourhood after dark with me tripod
Click to expand...

I'm sure you could be arrested for that.

Glad to hear you're getting more familiar with the camera! The photos are great, so I'm looking forward to the neighbourhood photos.


nivrip said:
I'm sure you could be arrested for that.

Jolly nice photos @floppybootstomp. I am also looking forward to your nocturnal wanderings.

Thanks for your comments folks, a few notes.

On the 4th pic down none of those high rise buildings were there when I moved in ten years ago, there has been intense building in Greenwich and Lewisham over the past decade which in my opinion have spoilt the area's character, particularly in Lewisham. And if that seems hypocritical or a little NIMBY on my behalf I'll point out that the flats they demolished to build the ones where I live 6 floors up were the same height as exists now.

What I don't understand is there has been heavy criticism of the way tower blocks were built in the fifties and sixties and people were crowded into them and now it seems they're doing the same thing all over again. In the mid-century at least there was a reason where we needed lots of housing after Hitler flattened a great deal of it but now?

Seems to me it's mostly money driven, the building firms have to make promises that lots of their papier mache blocks will be for social housing and affordable but very little of it actually is, most is sold to foreign investors and the new gentry who are, predictably, gentrifying most of greater London. Only positive thing is at least these new buildings usually look less ugly than their 50's and 60's equivalents. But they're not built to last, rather like Apple products they have built-in obsolescence.

In the 5th pic down there's a crane which is being used to help rebuild a large stretch of Victorian sewer which shows, I suppose, that not all of Thames Water's profits go into the pockets of Directors and shareholders, they're actually investing some of it. Political note: Our water bills have risen 40% since Thames Water was privatised. Thames Water shareholders have had large payouts so it seems to me that's where our extra 40% is going.

When they started renewing the sewer we were often assailed with a most unpleasant pong wafting across on the breeze but that went away after a month or two. Presumably that was the dismantling of the old sewer, I'm trying to imagine all that poo running awash.

And the 3rd pic down is the railway station, mainline SE Railways and Thameslink and the Docklands Light Railway.

I'm sitting on the railway station got a ticket for my destination....

Have to agree with you about social housing Mr Flops as her who must be obeyed and I have a 1 bed housing association bungalow but many of the 3 bed houses built here were social housing but now privately owned and selling for £200,000, ridiculous when so many families are on the waiting list and having to pay exorbitant rent for private rental which they really cannot afford.

Further to trying to get to know my camera better (Sony RX100 Mk III) went walkabout this evening and took pictures of an area that has been photographed by happy snappers for years. Not entirely happy with results but it is showing me what the camera does and I'm getting to know it.

In this mode (Night scene using tripod) I've learnt two things: If there's a moving object in frame when pic taken, it can blur the whole image and it pays to spend a little time making sure horizon is level by adjusting tripod legs. Set out walking at 19:30, dusk was setting in, returned home 21:00, was dark. Verdict: Must try harder but getting to know the machine. Next night outing I'll try fully manual I think. Might try my Panasonic Lumix FZ28 also another evening. 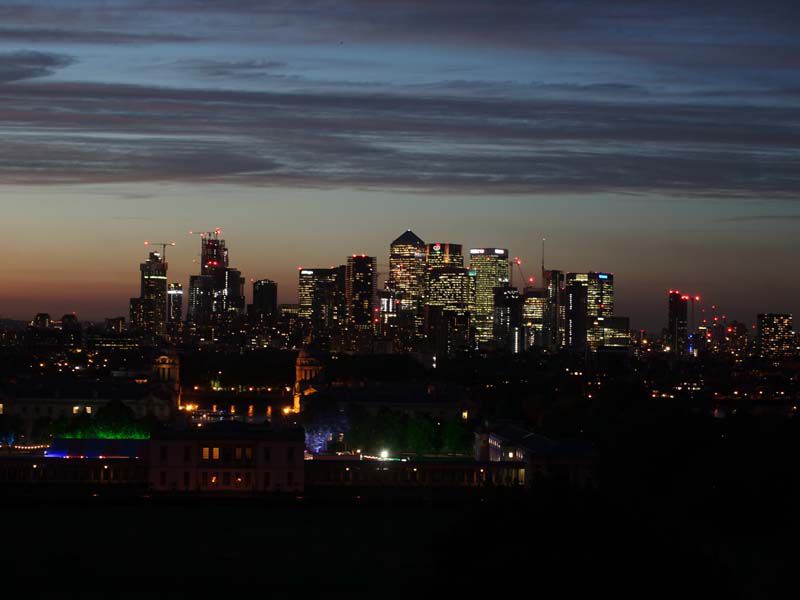 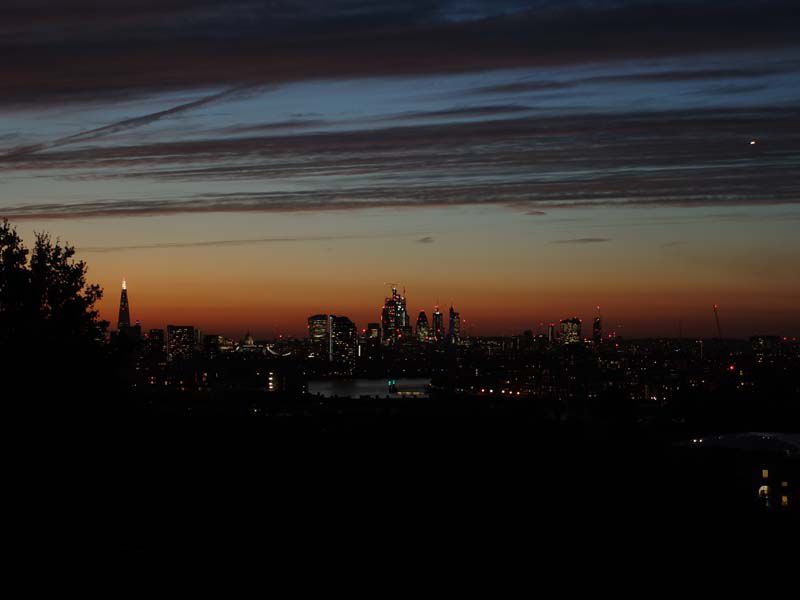 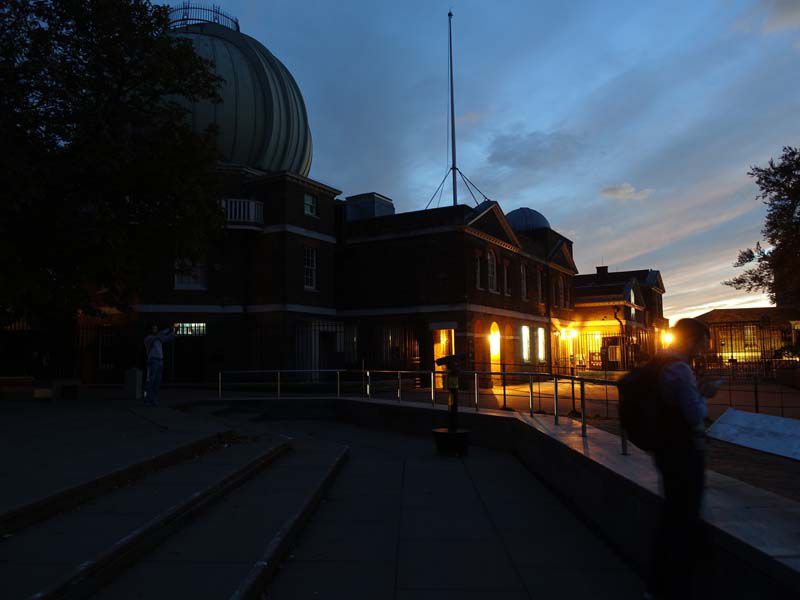 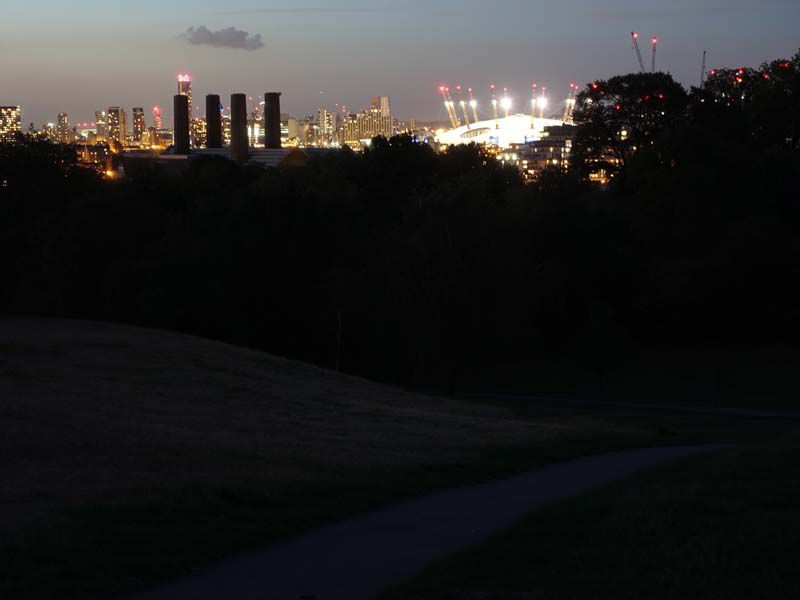 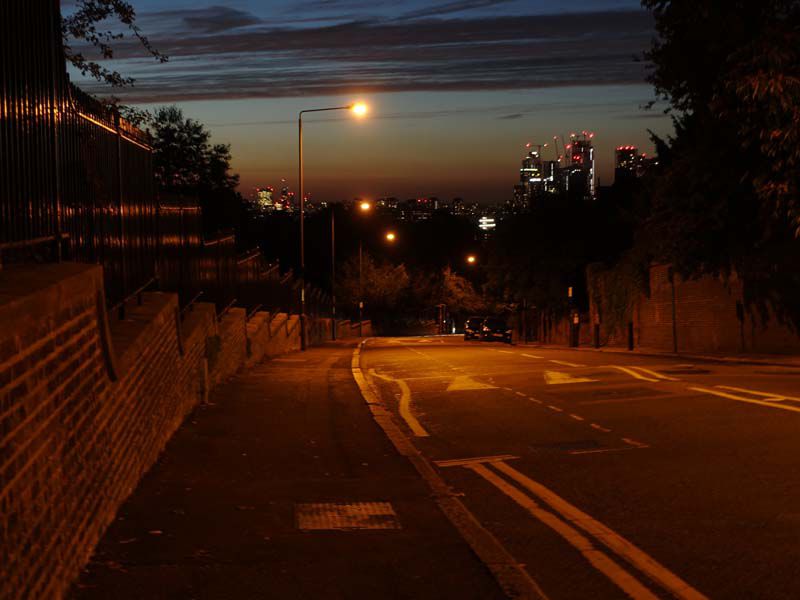 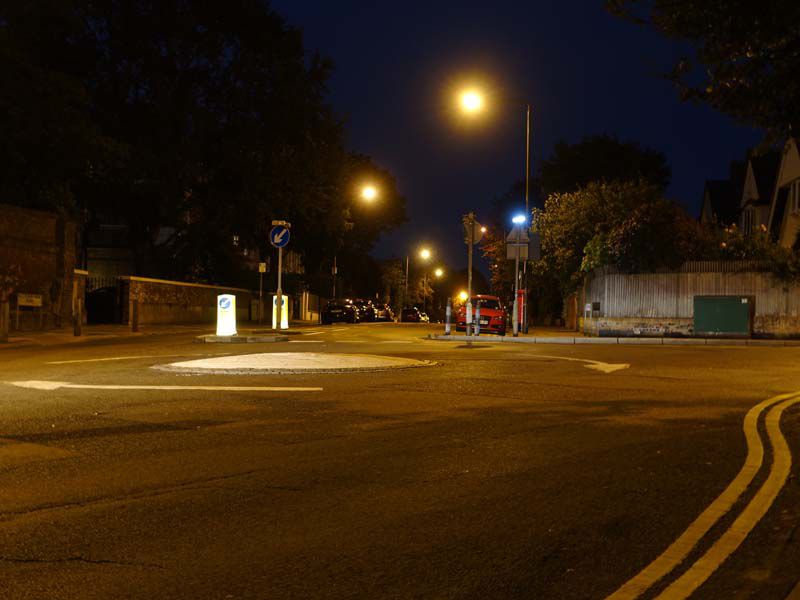 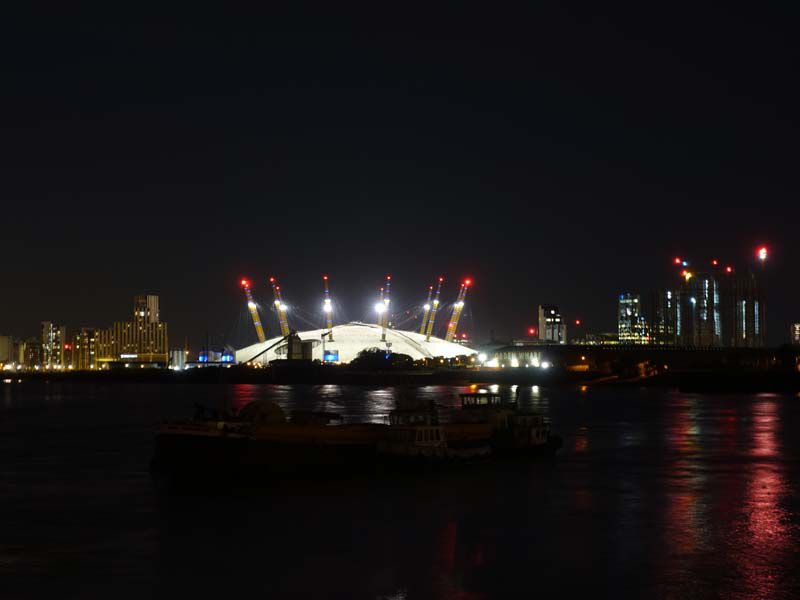 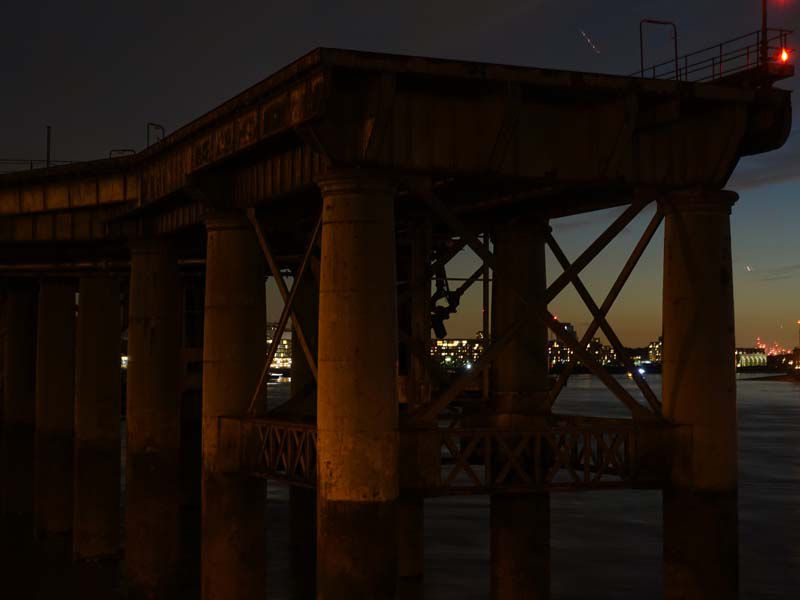 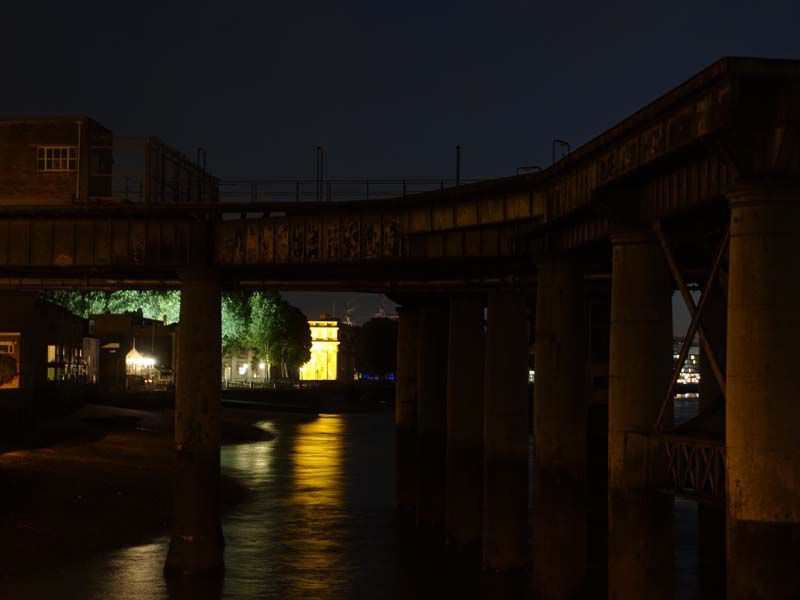 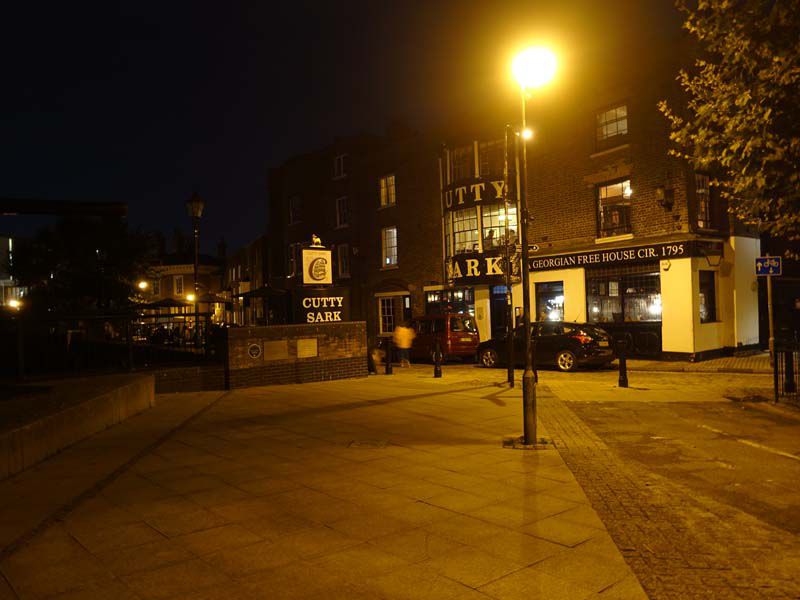 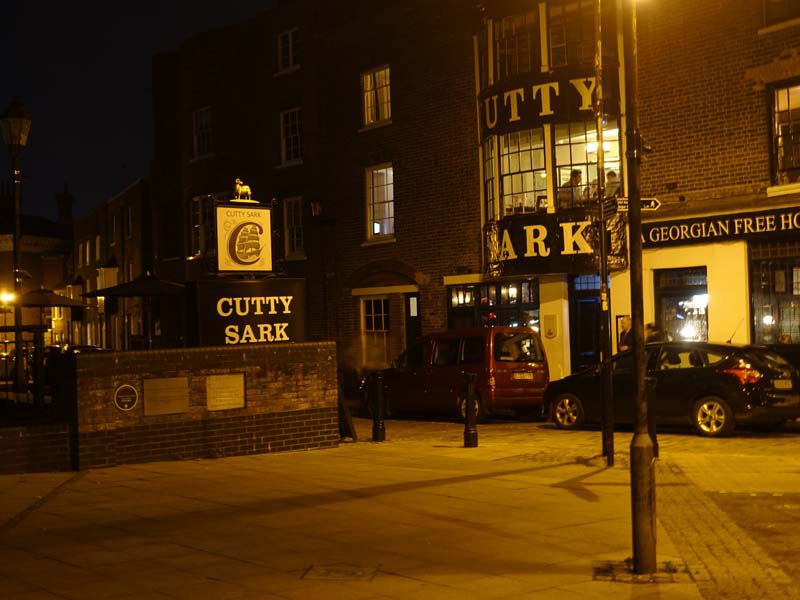 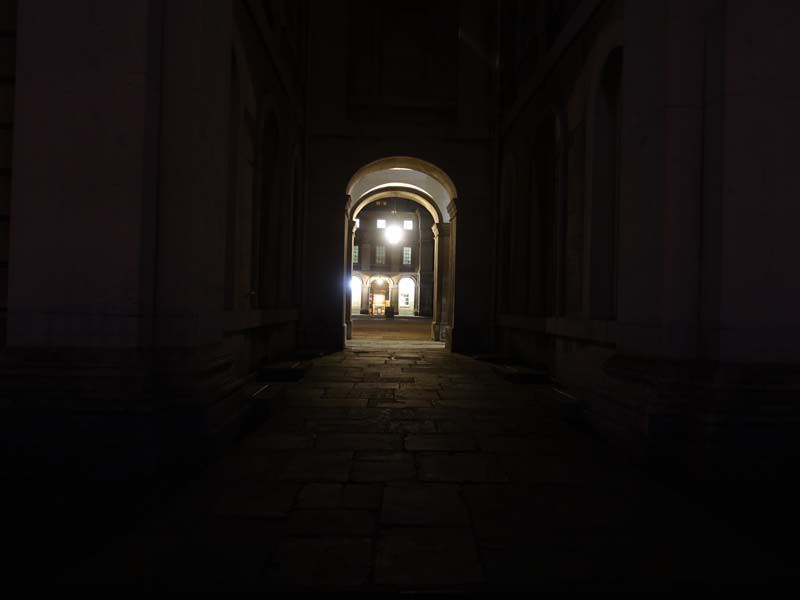 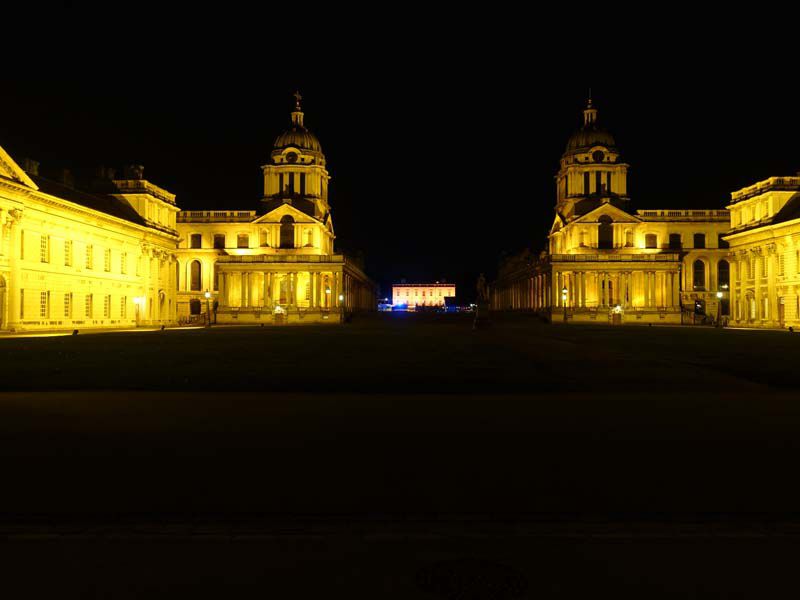 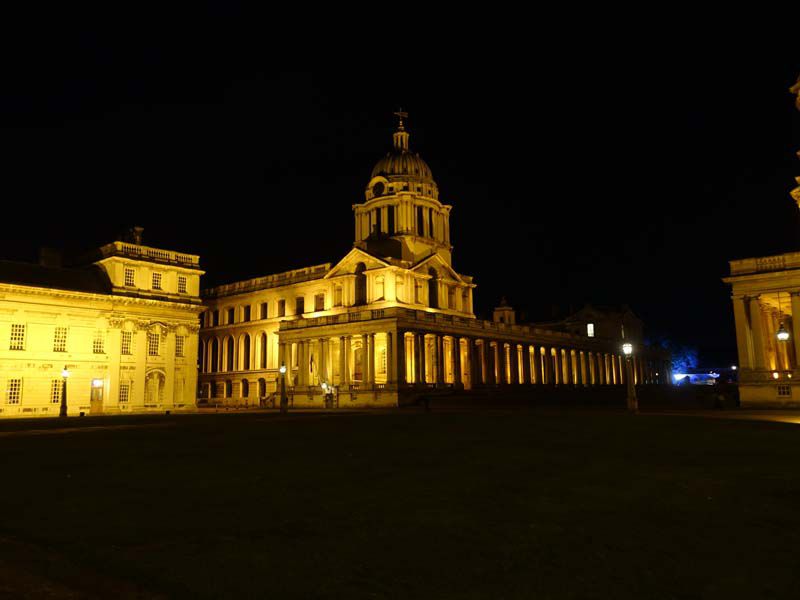 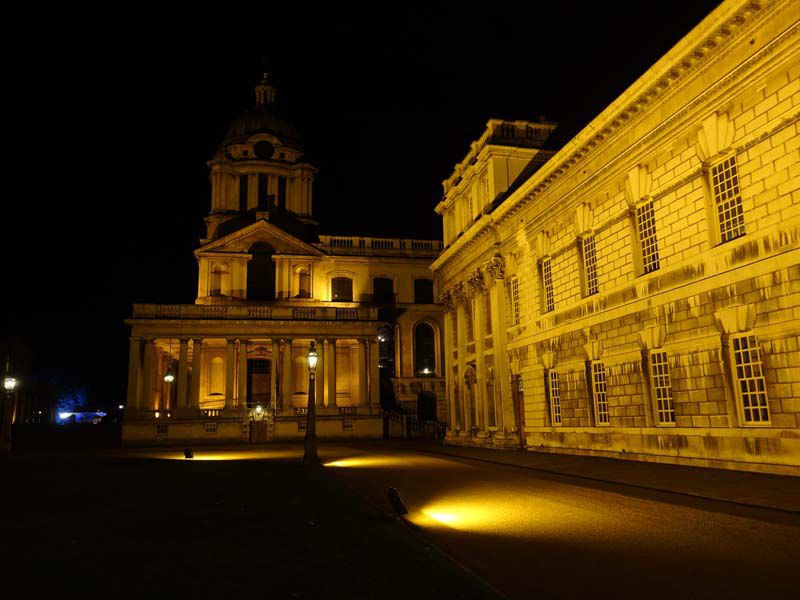 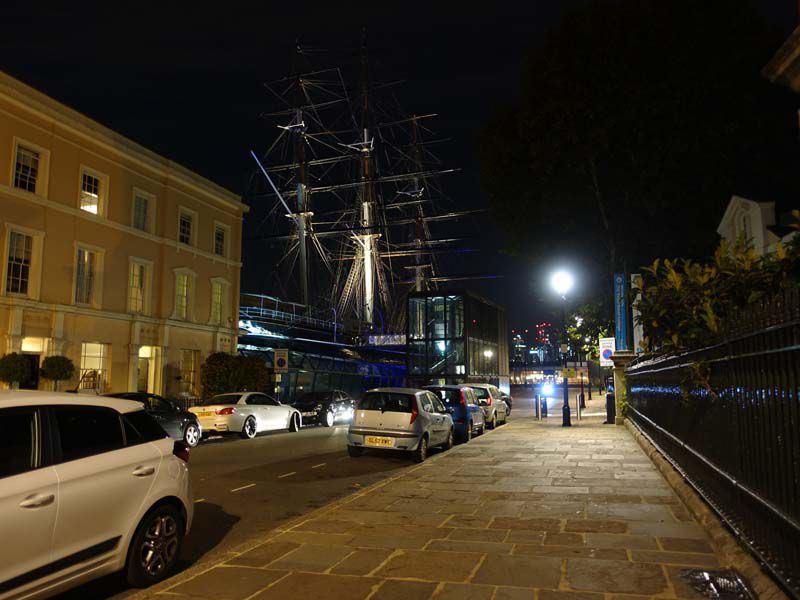 A red telephone box and a red pillar box: 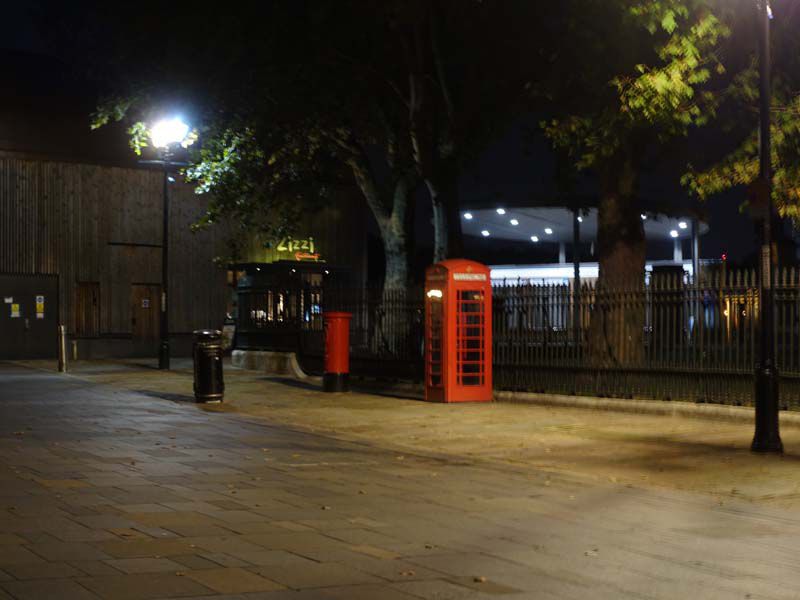 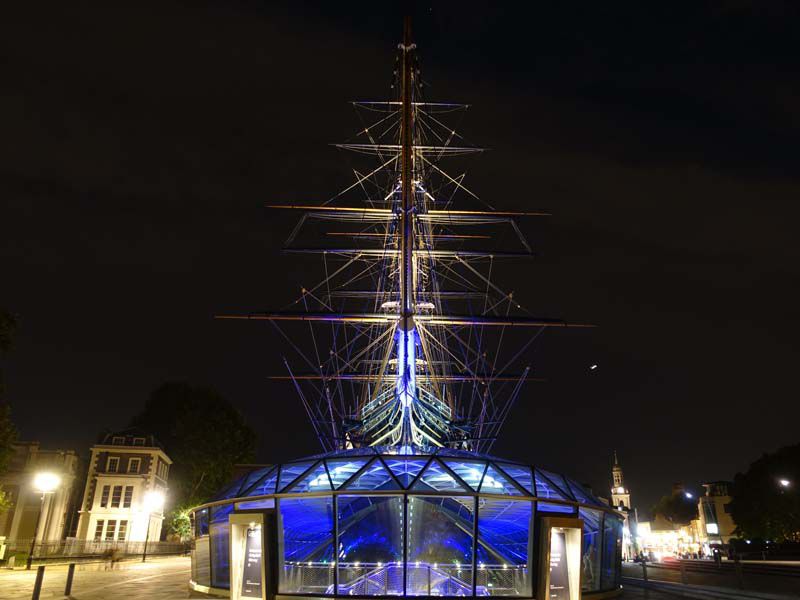 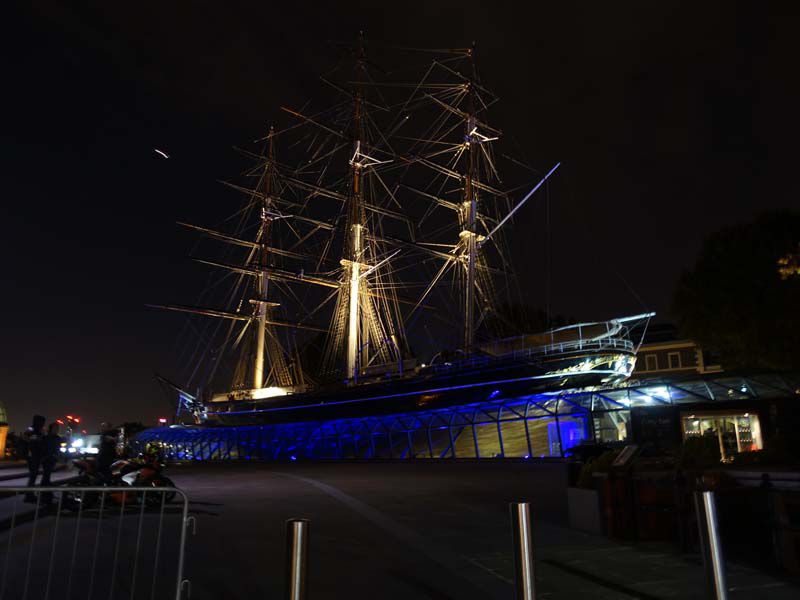 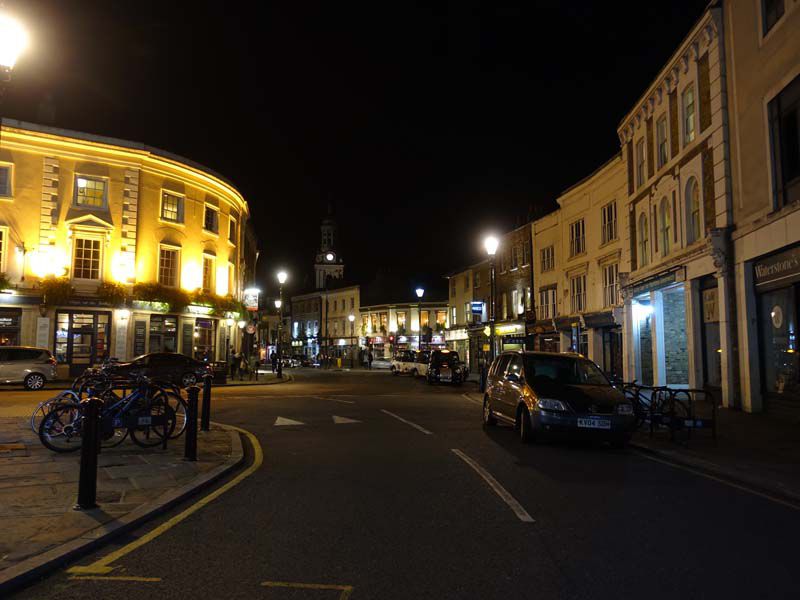 I love the head-on shot of the Cutty Sark!

I had dinner at the top of the Shard last week, might have unknowingly looked in your direction! It was a great view but the food wasn't fantastic.
Ad

Becky said:
I had dinner at the top of the Shard last week, might have unknowingly looked in your direction! It was a great view but the food wasn't fantastic.
Click to expand...

I want to go there! Shame about the food. Which restaurant did you dine in?

V_R said:
I want to go there! Shame about the food. Which restaurant did you dine in?
Click to expand...

I went to Aqua Shard with a friend. I guess the food was ok (my dessert was delicious but the main was a bit bland) but you kinda expect better from that sort of place. You don't really go there for the food though! We had a great view of Tower Bridge which made up for a lot. 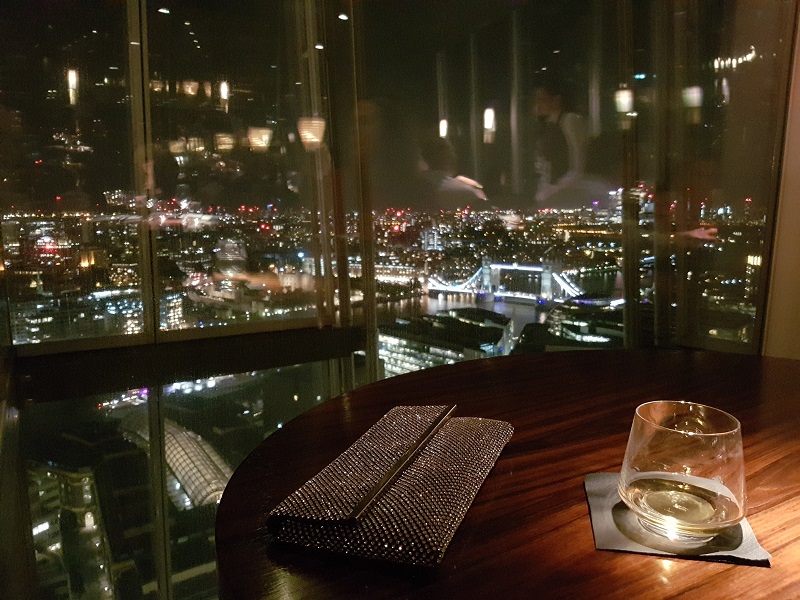 Sorry for crap quality, this was with my phone! The whisky was yummy though

There's a Facebook page titled 'I'm from SE London' which I'm a member of and I posted these pix there about 5 hours ago and so far they've had just over 200 'Likes'. Goodness gracious, funny old world.

Very good pics` But I did notice that there were not many/any people about. Is it really that quiet around there? Or was it very late at night?
Ad

historian said:
Very good pics` But I did notice that there were not many/any people about. Is it really that quiet around there? Or was it very late at night?
Click to expand...

You're not the first person to ask that. The first pictures I took from Greenwich park were taken when it wasn't fully dark, must have been about 19:45 and the last pictures were taken at around 20:50. So no, it wasn't late at night.

It was an early weekday as I recall and it's probably that period when as dusk falls the tourists head back to their hotels and the locals who will go out for the evening are probably still at home.

Their were quite a lot of army lads training in the park and they all left the park grounds at the same time as I did. They were probably from Woolwich Barracks.
Ad

floppybootstomp said:
I'm sitting on the railway station got a ticket for my destination....

Homeward Bound - I sometimes sing along even if I am in my own lounge at home.