Anandtech take a look at the Intel Optane SSD 900p 480GB SSD, one of the fastest storage devices available to buy at the moment... as long as you're willing to pay a premium: 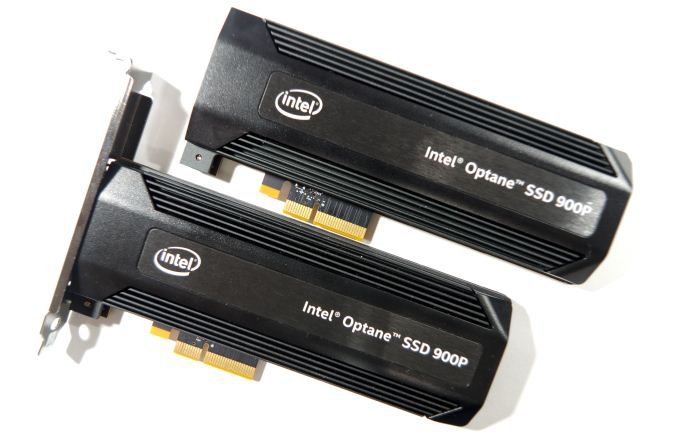 Our first look at the Intel Optane SSD 900p only included the smaller 280GB capacity. We now have added the 480GB model to our collection, and have started analyzing the power consumption of the fastest SSDs on the market.

This second look at the Optane SSD 900p doesn't change the overall picture much. As we speculated in our initial review, the design of the Optane SSD and its 3D XPoint memory means that performance does not scale with capacity the way most flash-based SSD designs do. The Optane SSD 900p uses a controller with seven channels for communicating with the 3D XPoint memory. The difference between the 280GB and 480GB models is merely a difference of three or five 3D XPoint dies per channel. Of the 28 memory package locations on the PCB, the 280GB model populates 21 with single die packages. The 480GB model uses all 28 spots, and half of the packages on the front are dual-die packages.
Click to expand...