Long time no post, I hope everyone is keeping well and staying safe during these weird times.

I'm after some suggestions...

About 3 years ago I built a PC for a chap in the village. The specs are:


All seemingly fine until a couple of weeks ago when it started playing up. Symptoms - freezing randomly so that mouse cursor couldn't be moved, everything completely unresponsive. No BSOD, and no memory dump file. Manual restart required. Could be after 30 mins of use, could be after 7 hours. Seemed no pattern - could be during use, or whilst sitting idle. It works completely fine until it freezes with no other performance issues. It's a really snappy machine.

I took the machine back and did the following things:

After plenty of two and fro, with a process of elimination, we finally got to the stage where he was running his system with my motherboard and CPU for a week with no stability issues at all. I ran his CPU/MB and managed to get a freeze.

This suggests to me that it has to be either the CPU or Motherboard. We are now in a configuration where I'm running his CPU in my motherboard, and he is running my CPU in his motherboard. His PC locked up again this evening, mine is still going strong which does rather point to the motherboard. The only component not swapped out is the SSD (for obvious reasons) - but given his machine was stable for a full week with his SSD when running my CPU/MB I'm happy we can rule this out.

As a matter of course I also disconnected the built in card reader and his DVD drive so they weren't in the mix, and advised him to only have a keyboard and mouse connected so we weren't introducing too many things into the mix.

I think I'm now ready to suggest that he needs to buy a new motherboard. I'm not as close to computer hardware as I used to be - so wondered if anyone had any recommendations for an AM4 motherboard in the £50-£80 price bracket (inc. VAT). It's a 1st gen Ryzen but I assume all AM4 boards should still support these? I had Gigabyte down as a good brand but I guess anything can fail. Mine's an Asrock which from memory always used to be a low end brand and it's been rock solid!

Suggestions appreciated! Thanks all! And sorry I've not been active here in a while
Last edited: Jan 16, 2021
Ad

Have you tried doing a memtest?

Have you tried doing a memtest?
Click to expand...

Hiya TD - thanks for the reply and hope you are well - yep did a memtest, and all was fine with no issues found.

His CPU is running without any issues on my motherboard though - are you thinking it may not be the mb?

muckshifter said:
MB is my bet.

Cheers - any recommendations for a good replacement?

ChristopherP said:
- any recommendations for a good replacement?
Click to expand...

... anything out there today will do, even Gigabyte. 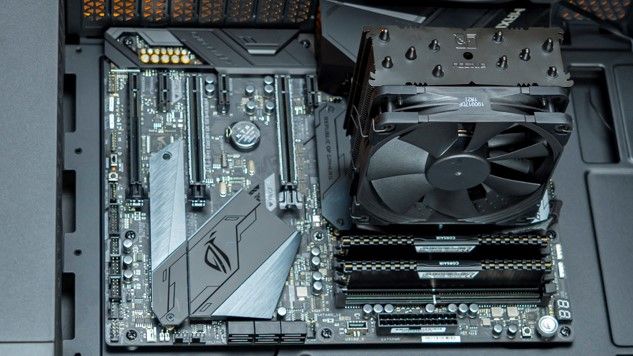 Best Motherboards 2021 for Gaming, by Socket and Chipset

Here are the best motherboards for AMD and Intel'srecent processors.

Hi Chris nice to see that you are a 2020 survivor.

There must be a mobo variant of the covid around as my trusty Sky lake build seems to have developed strange behavior.

Cheers all.
I've just ordered an "ASRock AMD B450M Pro4"
It's basically the model that superseded the board in my PC - and it's been flawless. Trying to keep costs down so for £69.99 I'm hoping all will be well. Almost went for the "Steel Legend" version, but there's a lot built up near to the CPU area that makes me nervous about clearance for the cooler! Ultimately it's just used for office work so no need for anything fancy and it wont be overclocked.

Scan was cheaper than Amazon - so should be with me Tuesday... we'll see what happens!

Used the Arctic Silver thermal compound remover and surface prep fluid kit for the first time with this - it's really effective. 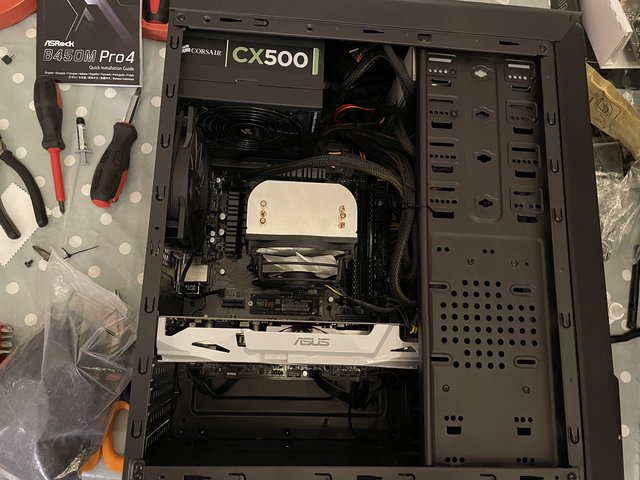 now, just humour me, is that PSU enough?

Power Supply Calculator - Select computer parts and our online PSU calculator will calculate the required power supply wattage and amperage for your PC.

muckshifter said:
now, just humour me, is that PSU enough?

Power Supply Calculator - Select computer parts and our online PSU calculator will calculate the required power supply wattage and amperage for your PC.

Calculator says 318w and recommmends a 360w PSU so I guess we’re good on that front!
E

I am running almost 100% the exact same specs with you except two differences 32GB mem and 850WPSU. Aside from that we are the same.

Please give as an update if the sys is rock solid stable with the new m-board.

Exsosus said:
I am running almost 100% the exact same specs with you except two differences 32GB mem and 850WPSU. Aside from that we are the same.

Please give as an update if the sys is rock solid stable with the new m-board.
Click to expand...

I'm very happy the new board fixed the issue. In my case I was having random freeze-ups the first 1 week. I tested everything. Turned out the brand new PSU I bought was defect from factory and I got the same one with a receipt. It happens, its more rare than the mainboard, but we're here to help each other.

Glad to be part of this PC Review forum.

Have a pleasant weekend, Chris.
Ad