Here's another motherboard review for you today - Vortez have had the ASUS Sabertooth Z170 Mark 1 motherboard on their test bench this week:

Tough. Durable. These are the words ASUS most often associate with the signature SABERTOOTH series. The line has grown out of the TUF series to have a distinct branding all its own, and is now one of the most recognisable designs in a market where finding your own niche is often a monumental struggle. It's no wonder that when a new chipset is released one of the questions most widely asked by enthusiasts is "where is the new SABERTOOTH?".

So it has been with Intel's Z170-chipset for Skylake CPUs, and finally ASUS has delivered in the form of the SABERTOOTH Z170 MARK 1. The timing of the release was obviously designed to coincide with the initial Skylake launch window of September, rather than the accelerated launch date that transpired, but that shouldn't take away from how significant the release should be. SABERTOOTH designs are eye-catching, feature advanced cooling, and in no way compromise the toolset that any user would be pleased to see on their performance-orientated Z170 system; the question is whether the motherboard excels in the same way it does aesthetically.
Click to expand... 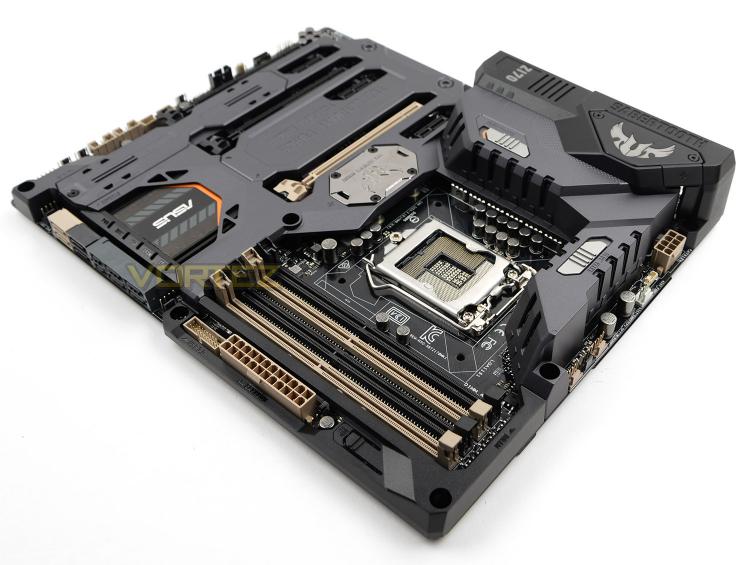 I do like the Gigabyte boards. I own a couple of them, They have never let me down

Should Be Sabertooth TUF Boards not Gigabyte

why does it have to be tough & durable ... you're gonna fit it inside a tin box.

oh, maybe the dust-bunnies will attack it.

Nice review Becky, as ever.

I have a few times come across board where'as the previous owner has managed to knock surface mount devices off of it while fitting HSF and memory, rendering it completely useless unless you can find where the original went and its value. Hence the cover over the top of the board
Ad

"‘It’s the wild colour scheme that freaks me out,’ said Zaphod, whose love affair with the ship had lasted almost three minutes into the flight. 'Every time you try and operate these weird black controls that are labeled in black on a black background, a little black light lights up in black to let you know you’ve done it.’"
Zaphod Beeblebrox, The Restaurant At The End Of The Universe
Click to expand...

Nice looking board apart from the awful pale brown/cream/tan whatever it is colour. Love the dust covers for the outputs that are not in use.
I am not surprised that the included fan does not do much for cooling. I got a fancy fan with my M2N32 and it looked great but did very little.
Neat but not quite Carling.