Samsung have created a new solid state drive with the largest capacity in the world - a staggering 30TB. The price hasn't been revealed, but as a 4TB SSD can cost around $1,900 it will not be cheap.

As you've probably guessed, a 30TB SSD in 2018 isn't aimed at consumers. This is an enterprise 2.5-inch solid-state drive with a Serial Attached SCSI (SAS) interface. It's called the PM1643 and uses Samsung's latest 64-layer 3-bit 512-gigabit chips. The drive uses 32 1TB NAND flash packages, each of which contains 16 stacked layers of 512Gb V-NAND chips.

The end result is a drive with twice the capacity of Samsung's previous largest enterprise SSD, while offering a 12Gb/s SAS interface and achieving 2,100MB/s read speeds and 1,700MB/s writes. Samsung touts that this is four-times the read speed and three-times the write speed of a typical 2.5-inch SATA SSD.
Click to expand... 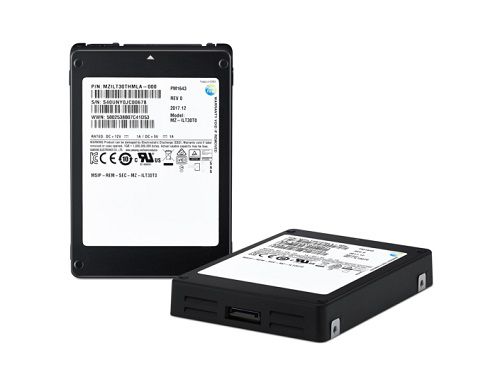