Users’ impression of SanDisk mostly is memory card brand. Actually, they have been working for high speed SSD for long time.
The main product line is Extreme series. Two years ago, I have test the first generation SanDisk Extreme 240GB.
Last year, they unveil Extreme II and this year is Extreme PRO during Computex.
It’s the product this review. SanDisk Extreme PRO has 3 capacities.
There are 240, 480 and 960GB. This review will test 240 and 480GB. 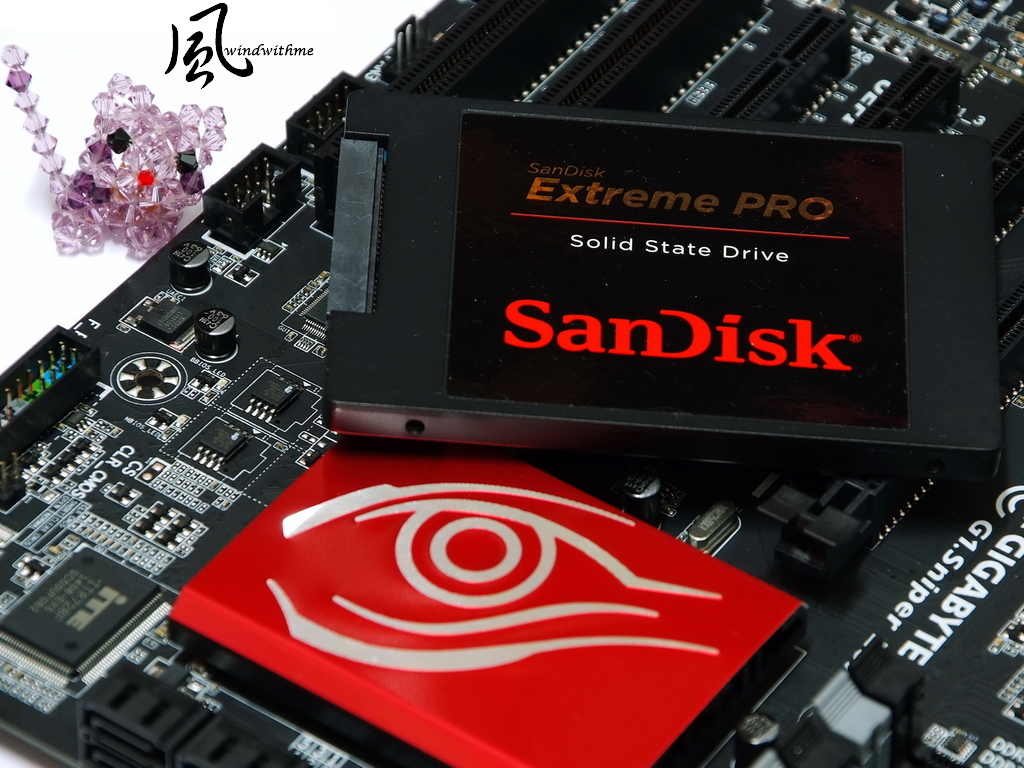 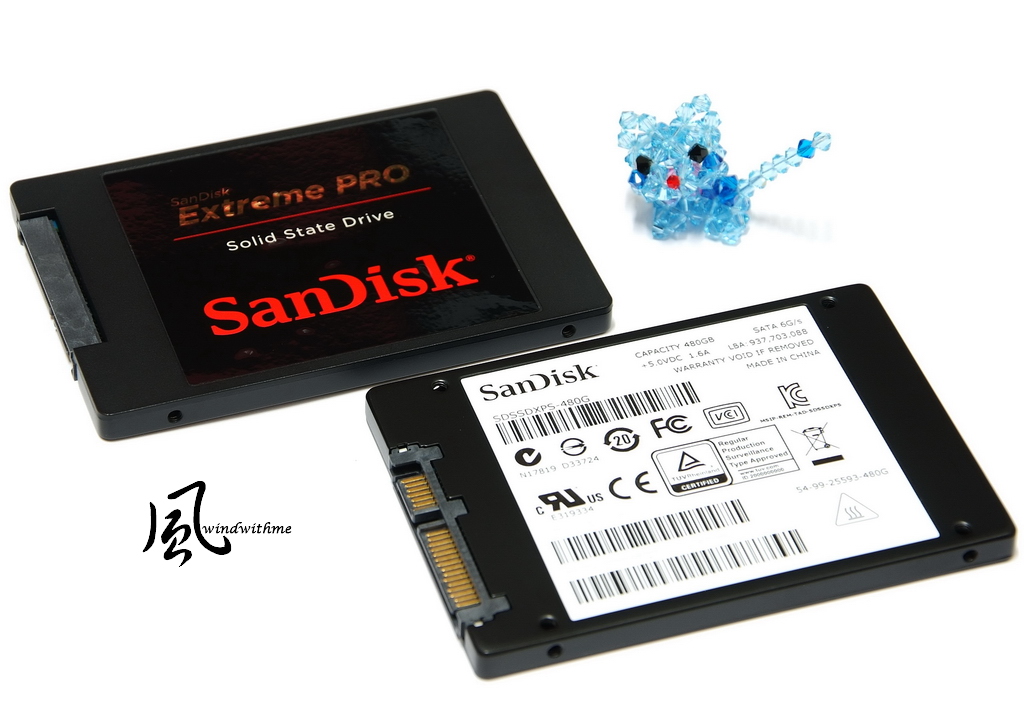 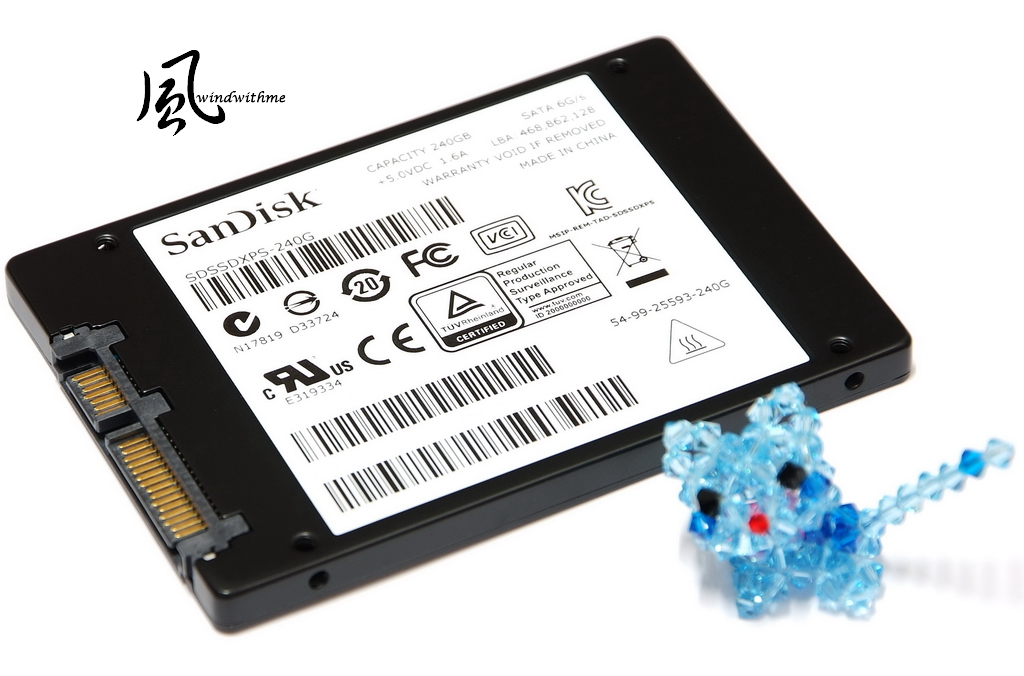 I would like to remind you, the warranty will be void if SSD warranty sticker broken. Please don’t try it.
SanDisk Extreme PRO series uses Marvell 88SS9187 controller.
It is self-owned SanDisk latest 1Ynm, eX2 ABL MLC, oggle Flash.
NAND Flash IC is very special. Currently, Marvell 88SS9187 mostly build with Toshiba NAND Flash.
DRAM Cache in 240GB is 512MB and 480/960GB is 1GB.
The detail performance will show you in following result. 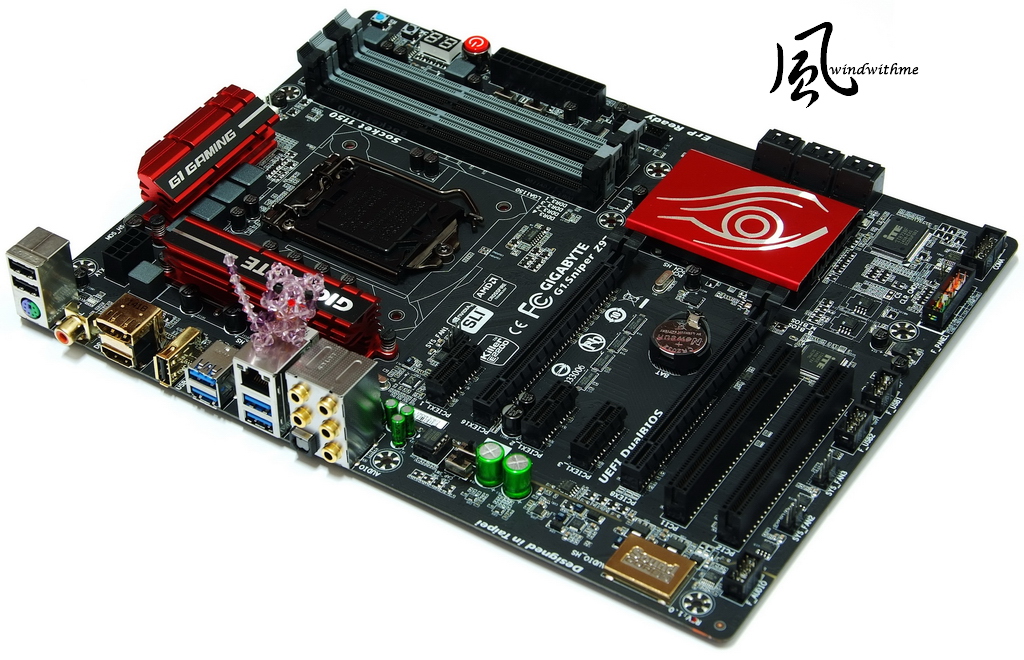 GIGABYTE G1 series has big change since Z97/H97 chipset. The design moves to popular black and red.
Logo changes to robot eye which is better than the past. Audio is the key feature.
It owns AMP-UP Audio technology and market only swappable OP-AMP chip design. 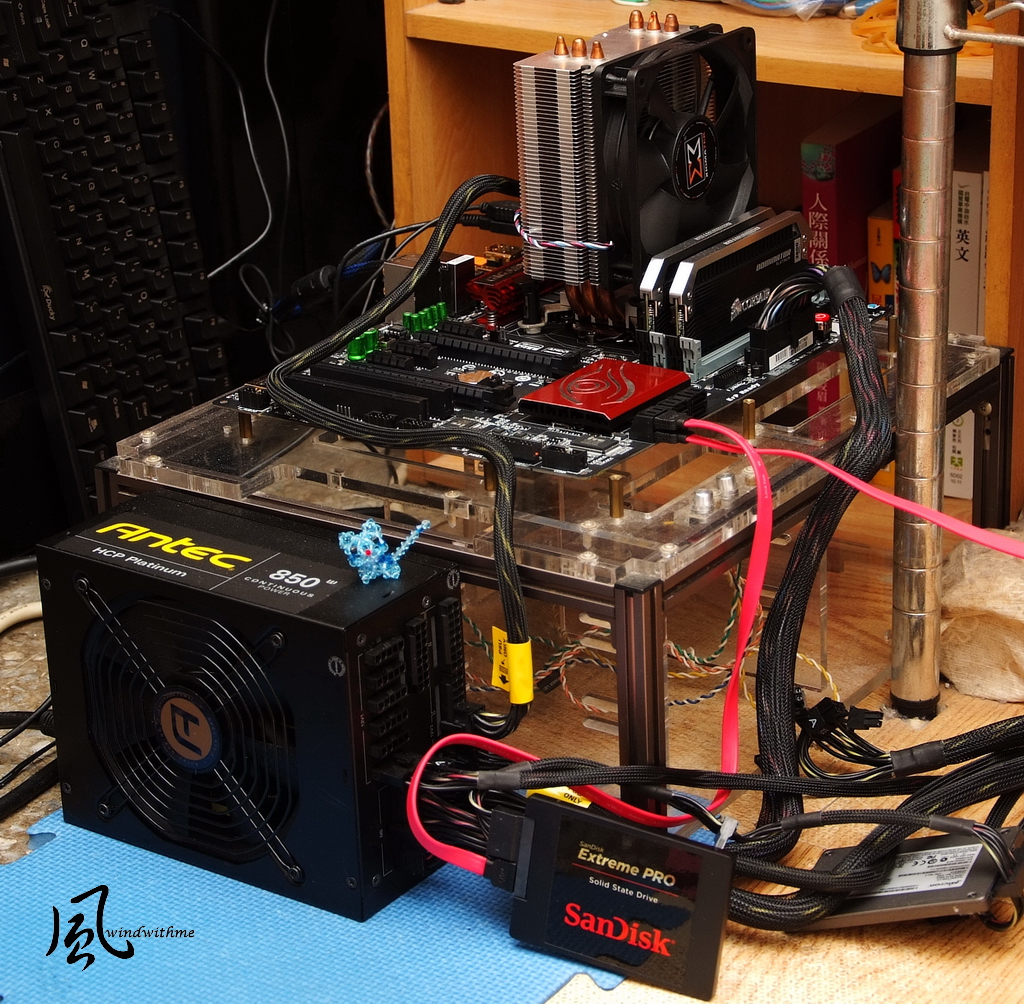 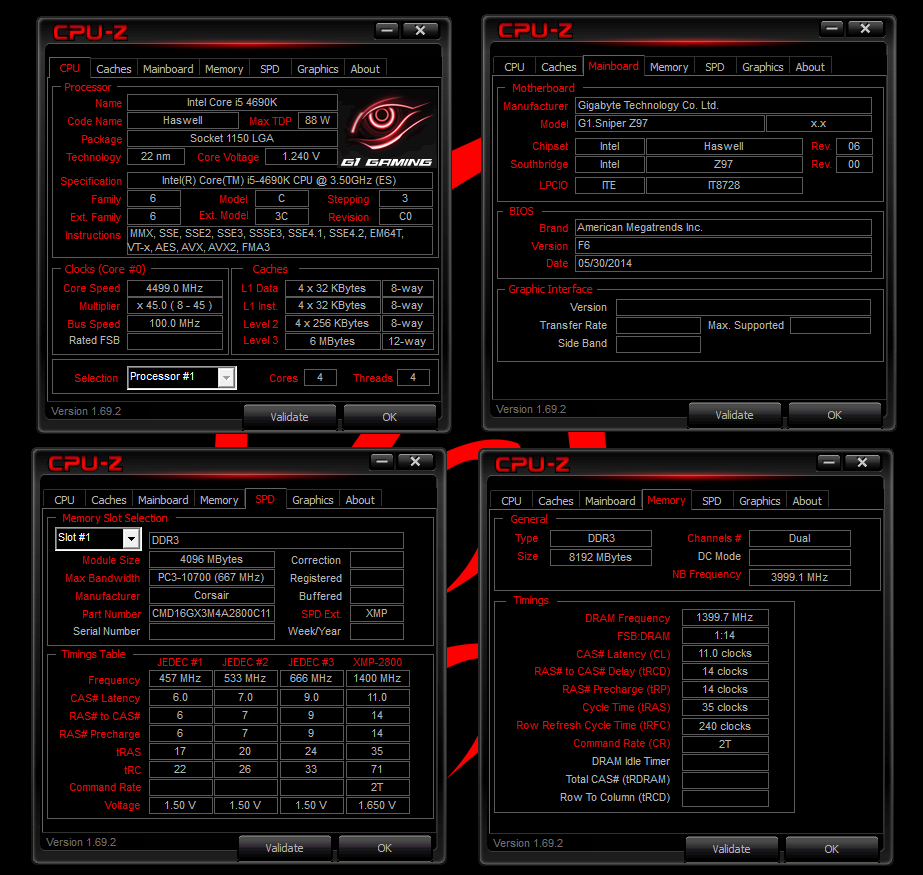 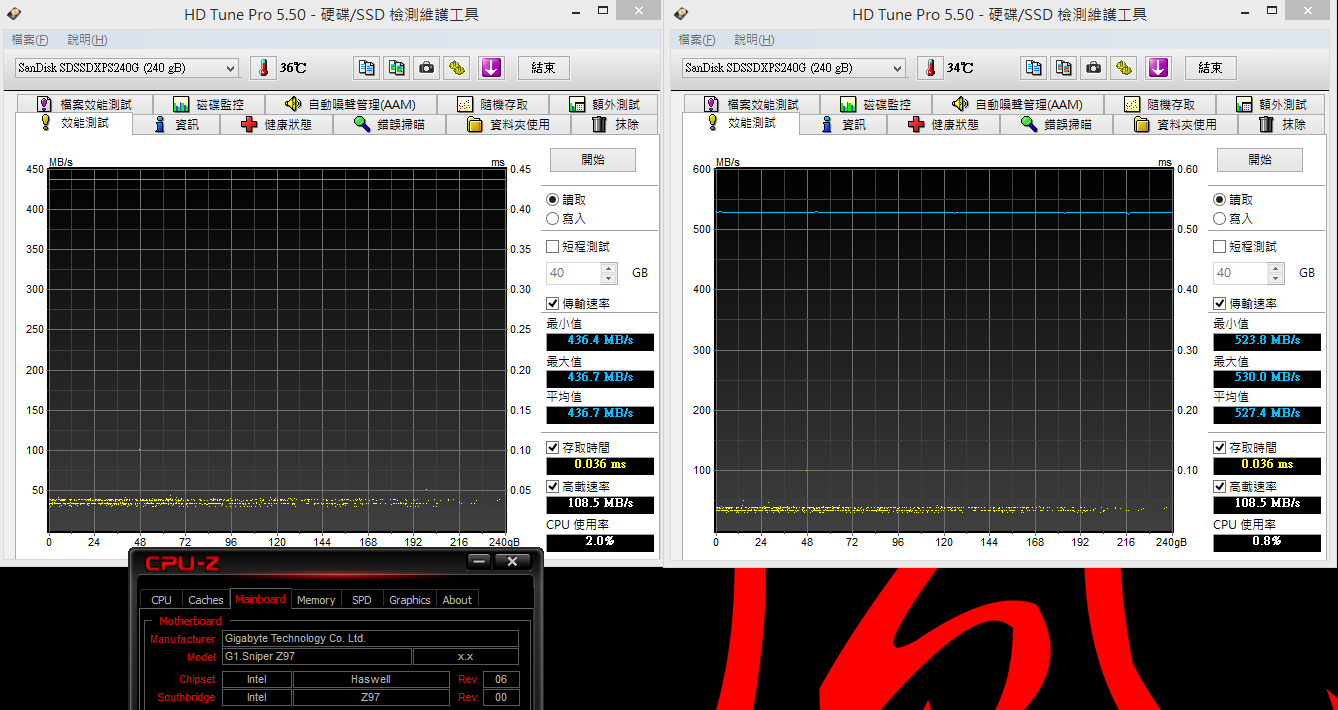 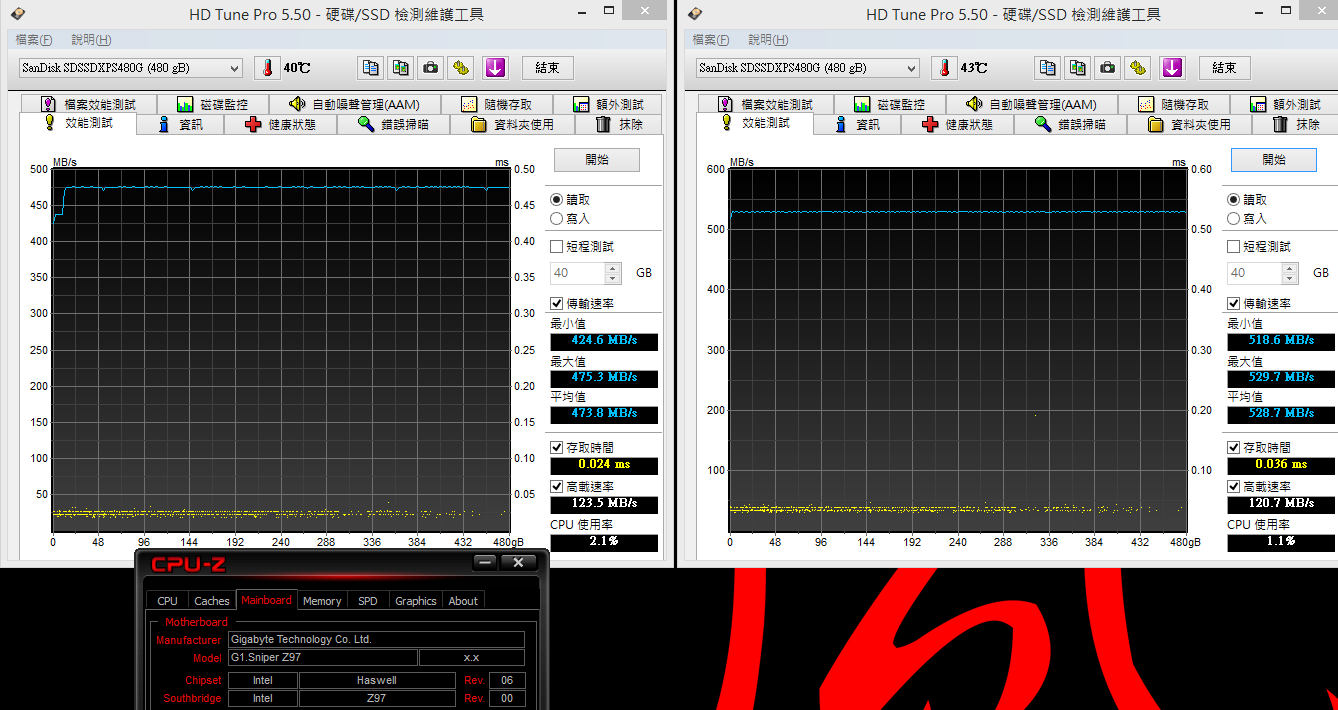 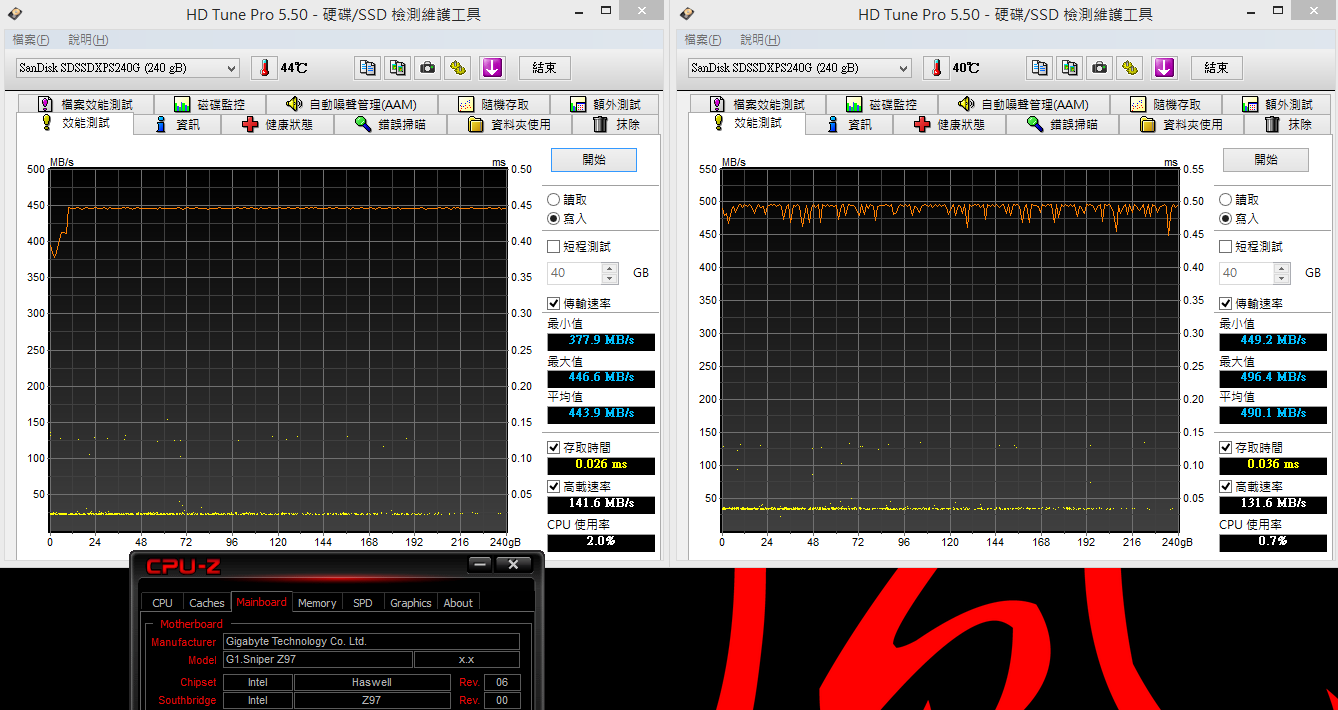 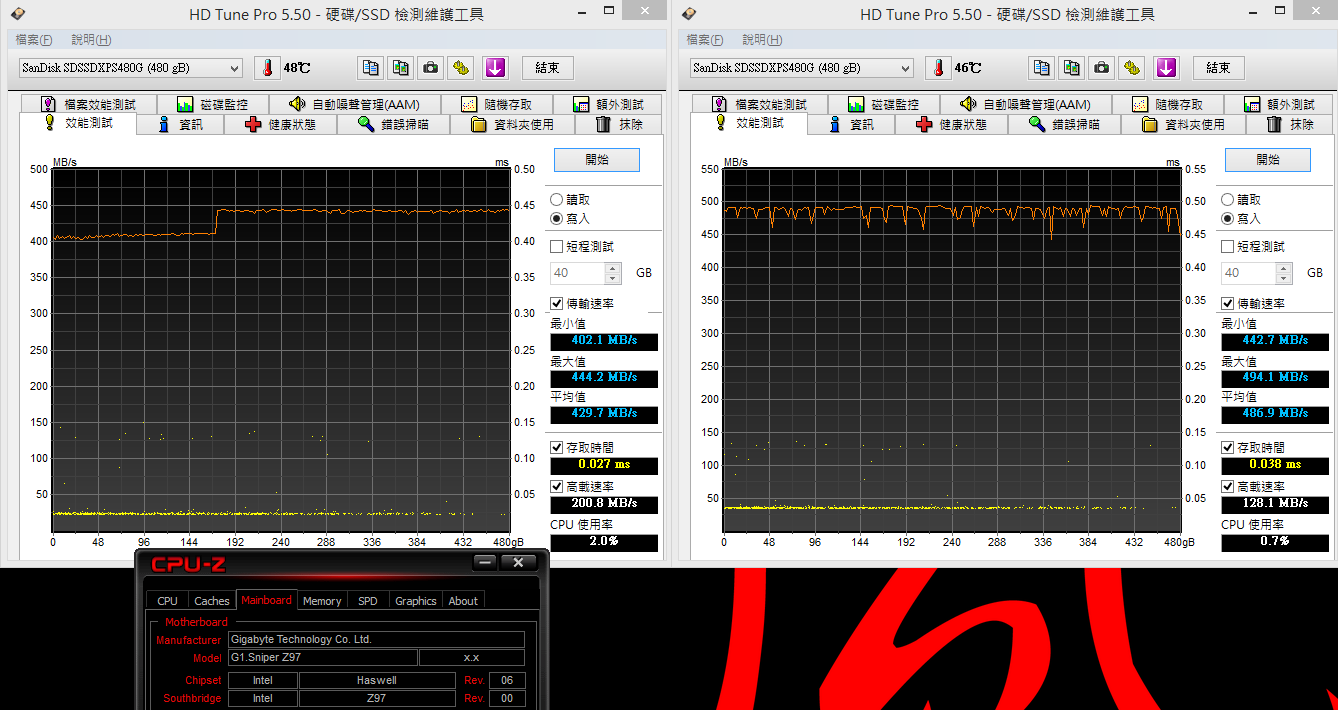 SanDisk Extreme PRO is excellent in HD Tune Pro Write.
The seeking time is around 0.026~0.038ms. The key is writing curve starting above 400 MB/s.
I used to test some high end SSD. The 64K Writetransmission speed is significant upand down, or average speed below 200 MB/s.
SanDisk Extreme PRO is close to 430 MB/s during test. 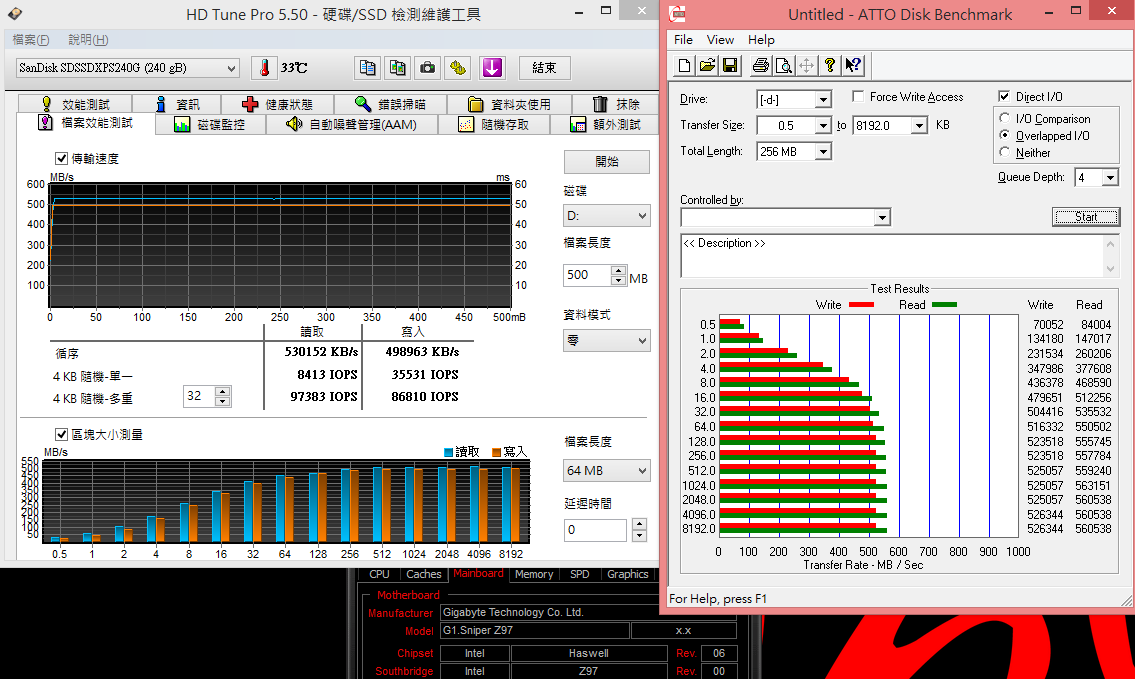 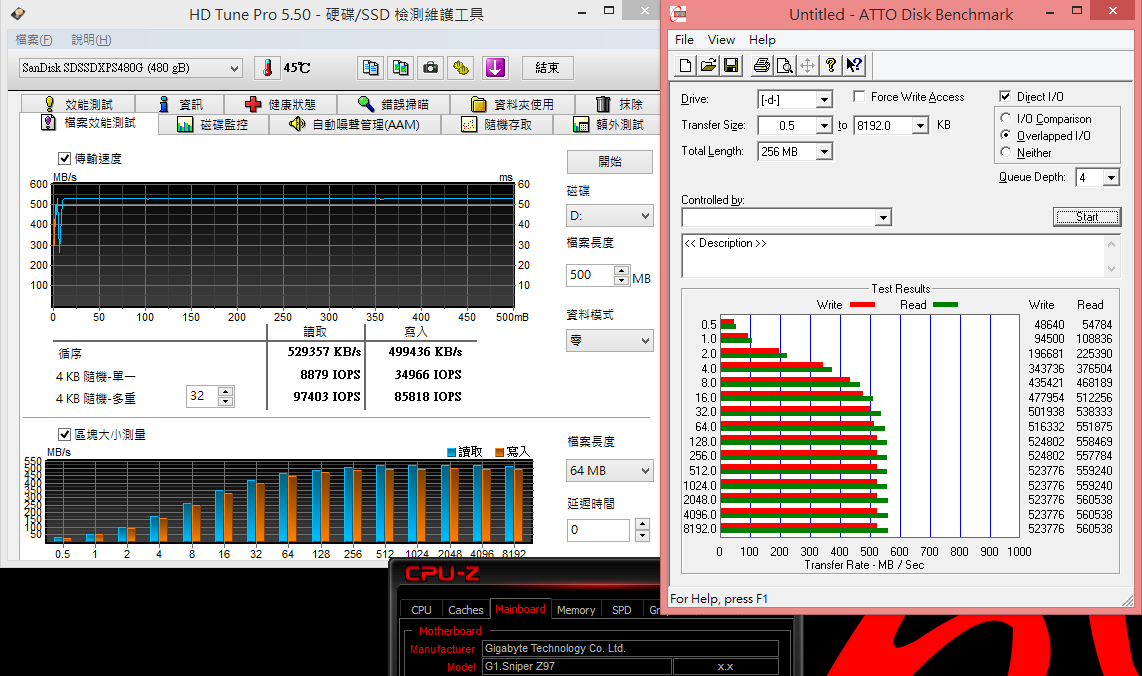 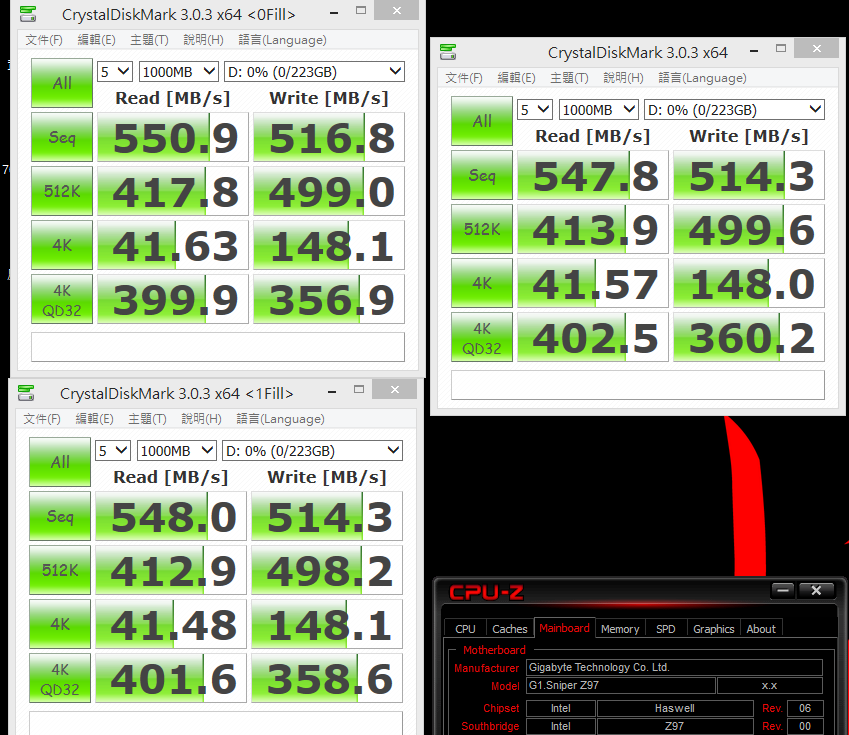 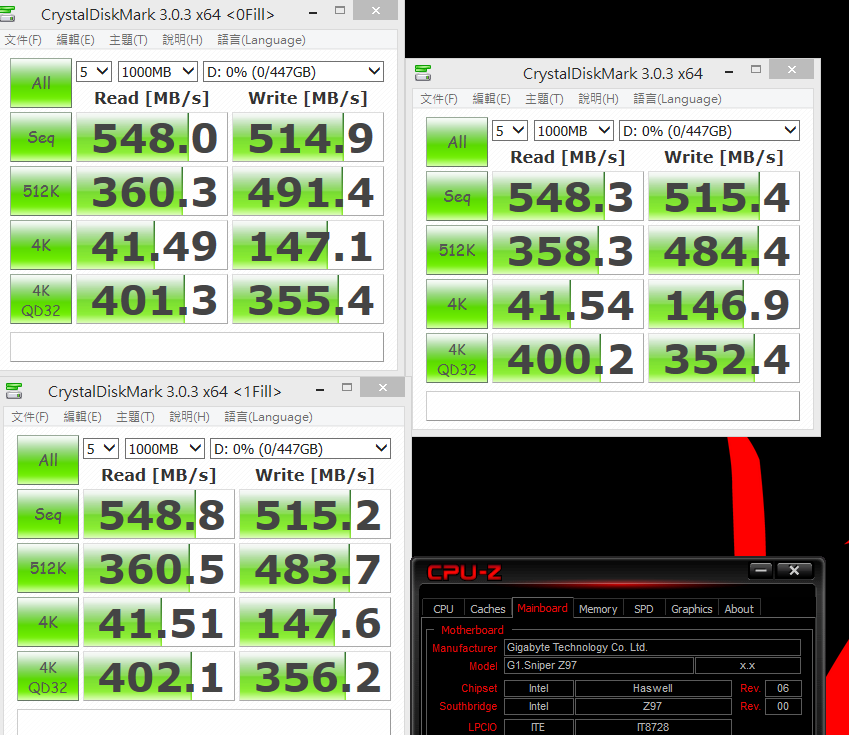 CrystalDiskMark random test and 2 sequential mode speed are the same.
This is one of the main advantage of Marvell Controller. Seq performance is close to official specs.
4K QD32 Write and Read are top level of current SATA3 SSD. 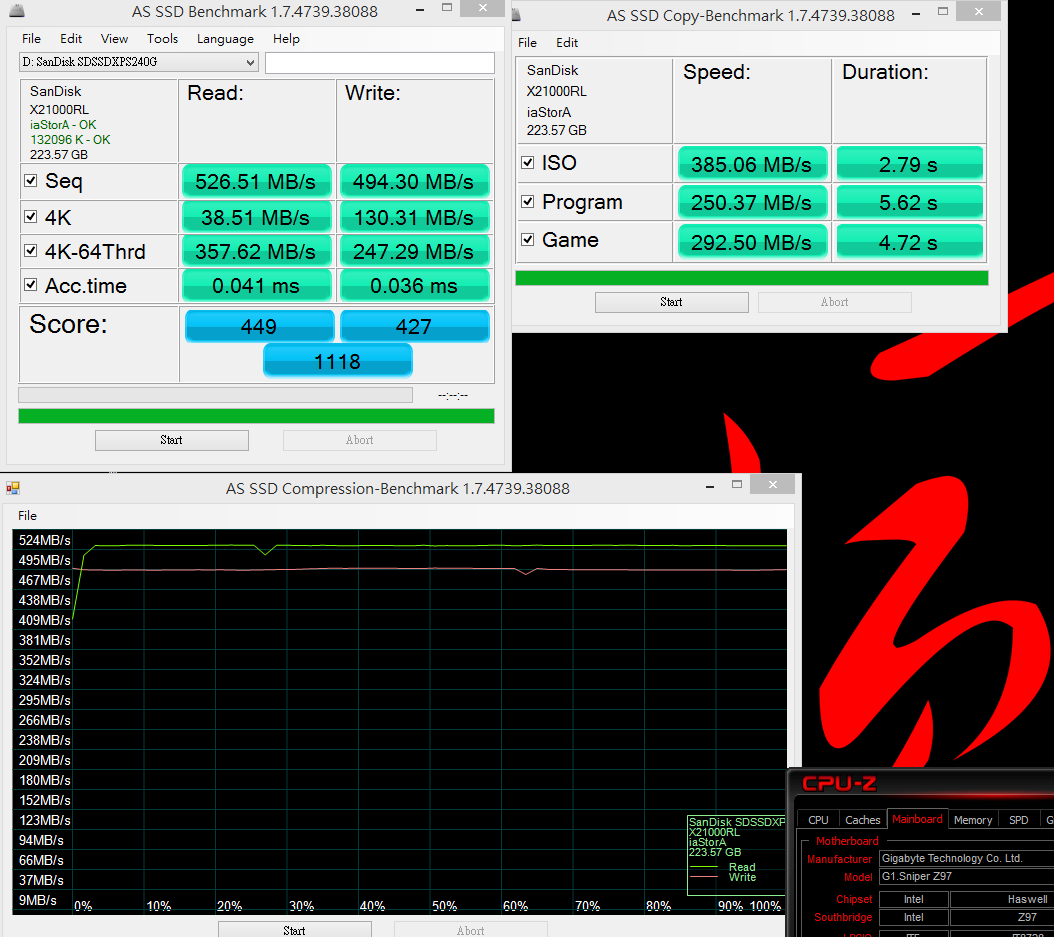 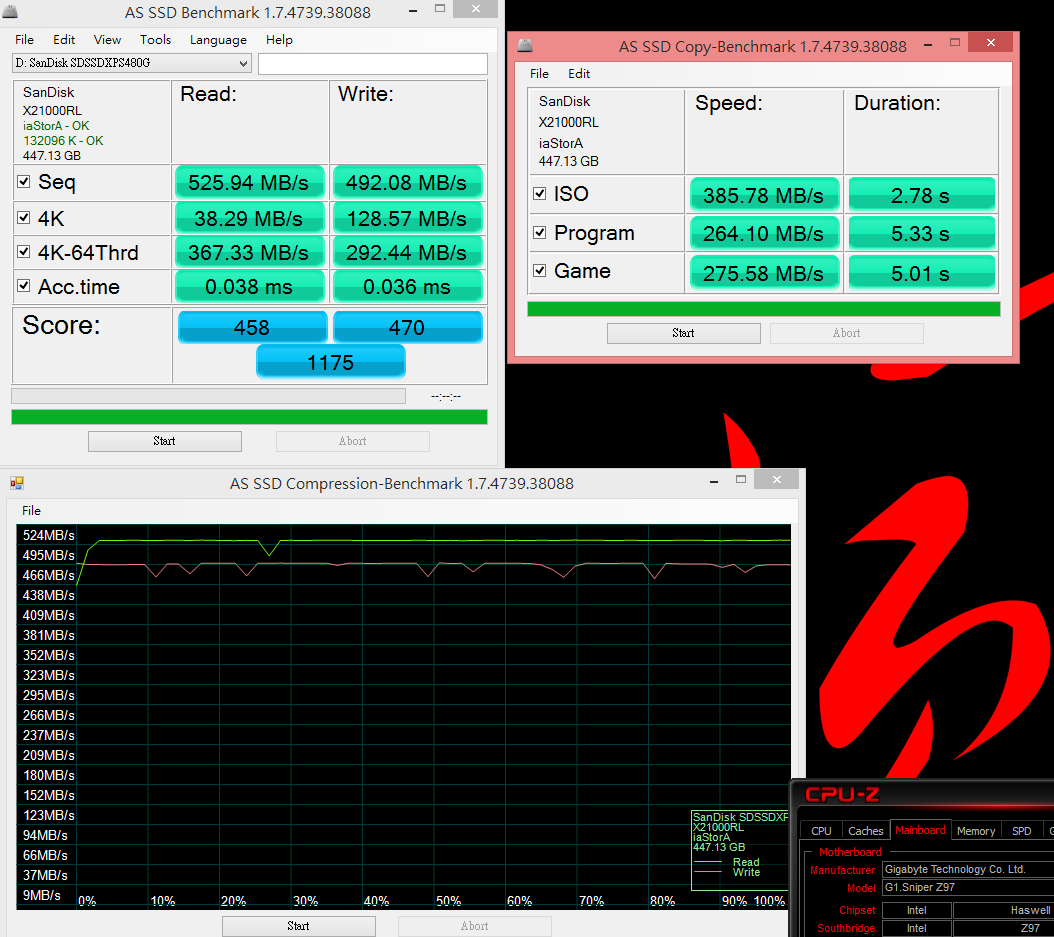 Current top level SATA3 SSD can reach more than 1100 in AS SSD Benchmark.
4K-64Thrd Read can reach 357~367MB/s. This is new key factor for SSD performance.
Compression Benchmark is also consisntent.
Seq Read is 525MB/s and Seq Write is 494MB/s. 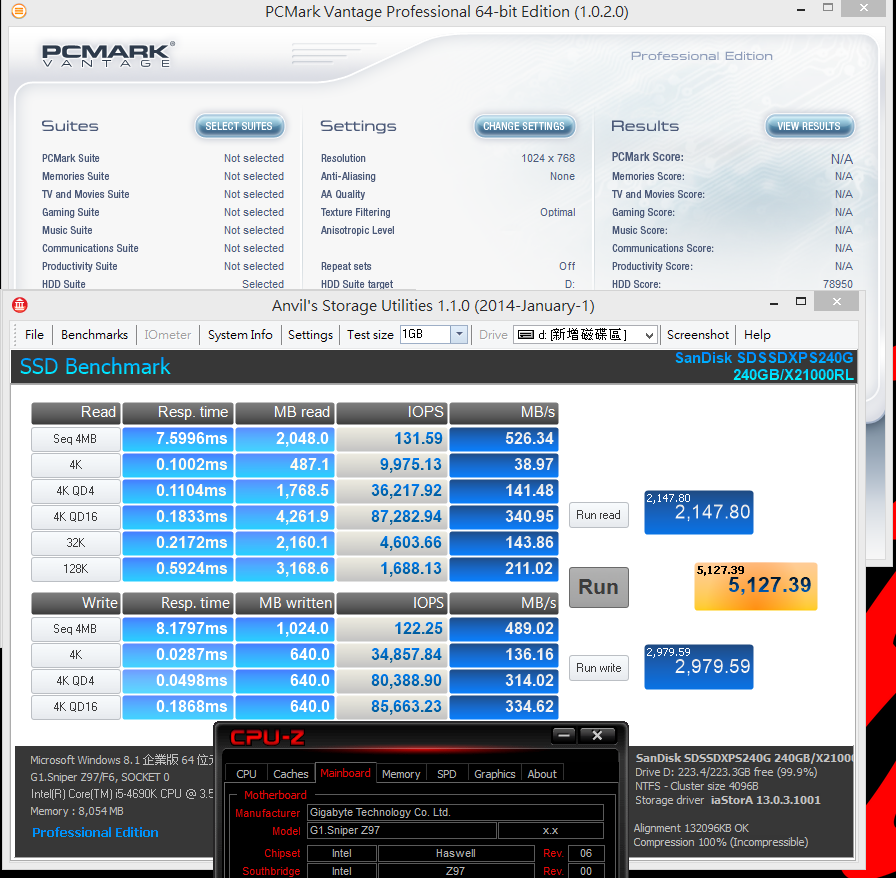 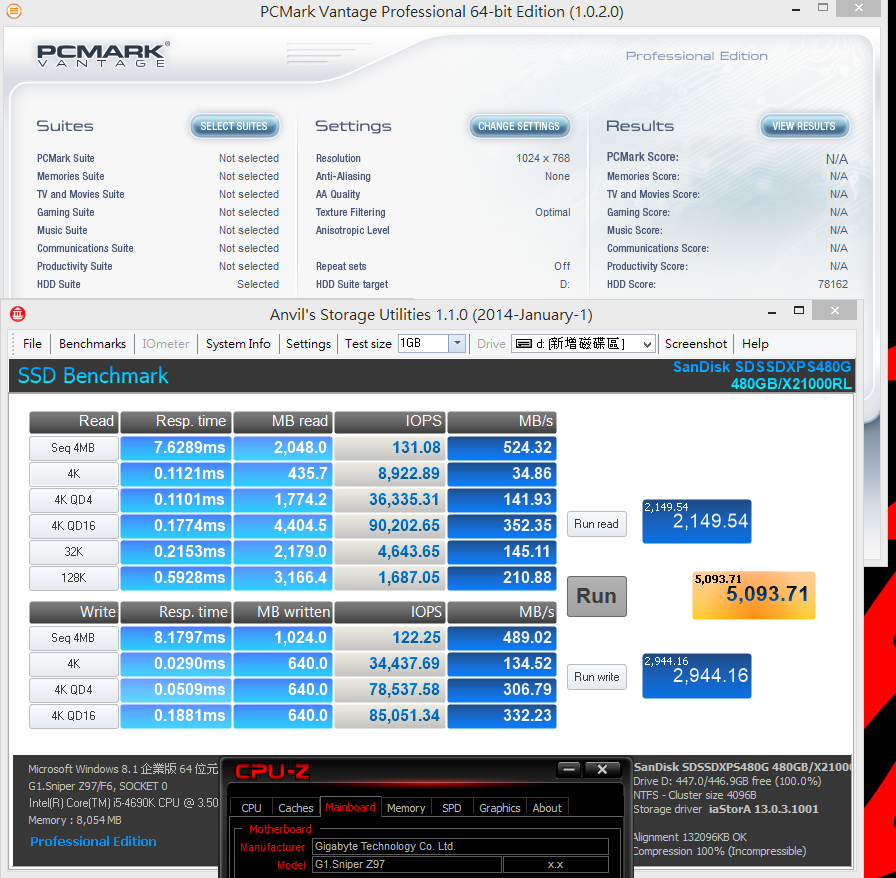 Its a pity that PCMark Vantage HDD doesnt reach 81000, which official claim.
The performance gap is around 2.6~3.5%. Its still acceptable. I also upgrade G1.Sniper Z97 BIOS to F6.
F6 is marked improving SSD performance. In the past, GIGABYTE MBSSD performance is lower.
It might be MB tuning issue. I hope GIGABYTE can enhance BIOS to complete the SSD performance.
Ad 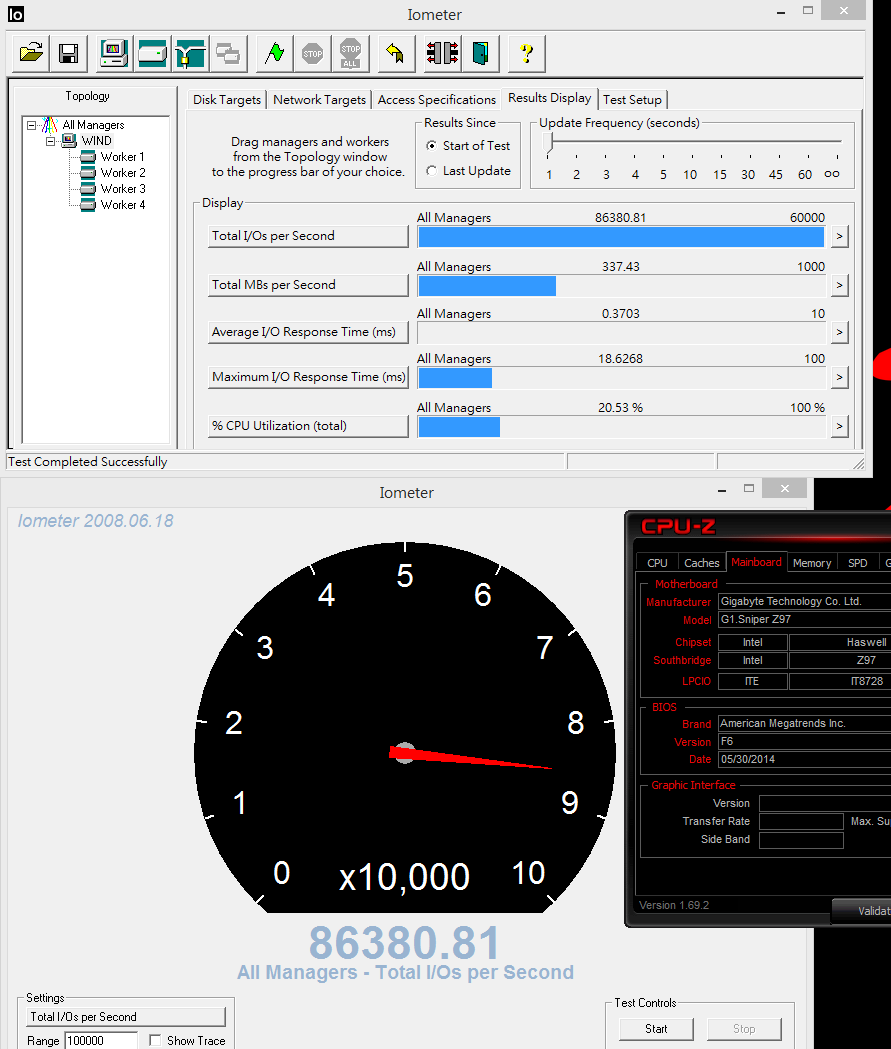 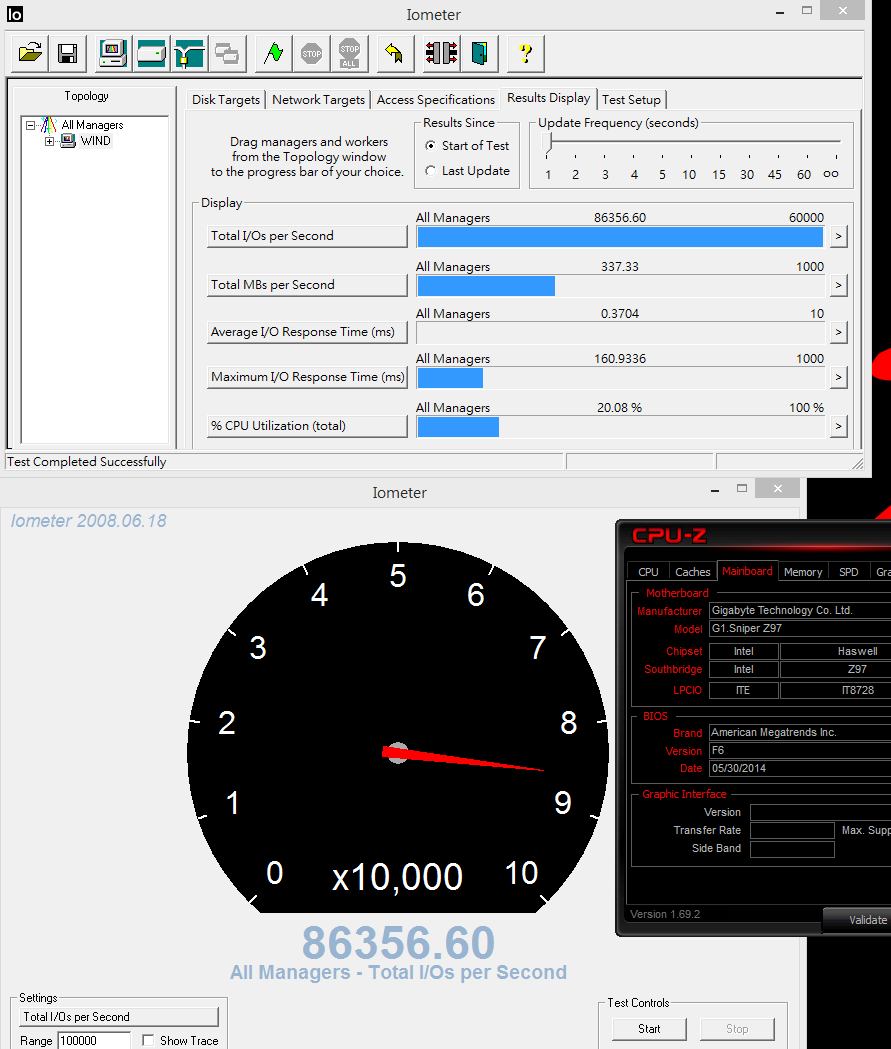 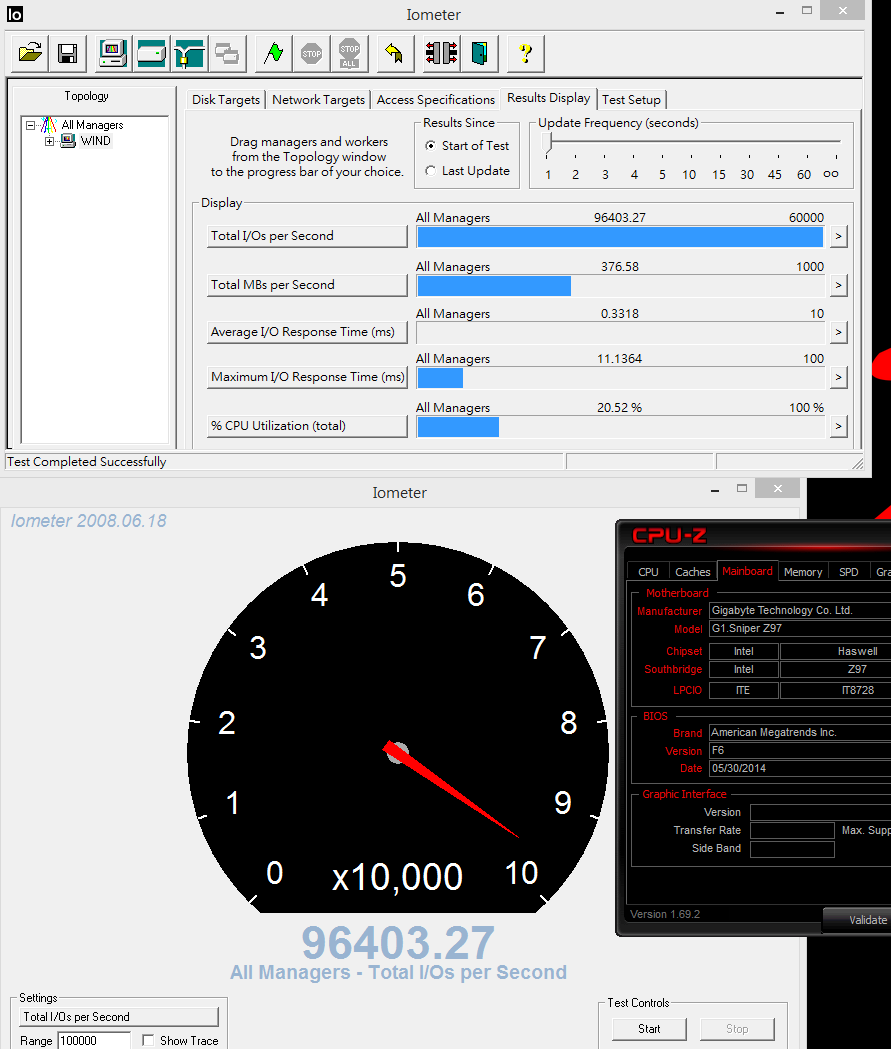 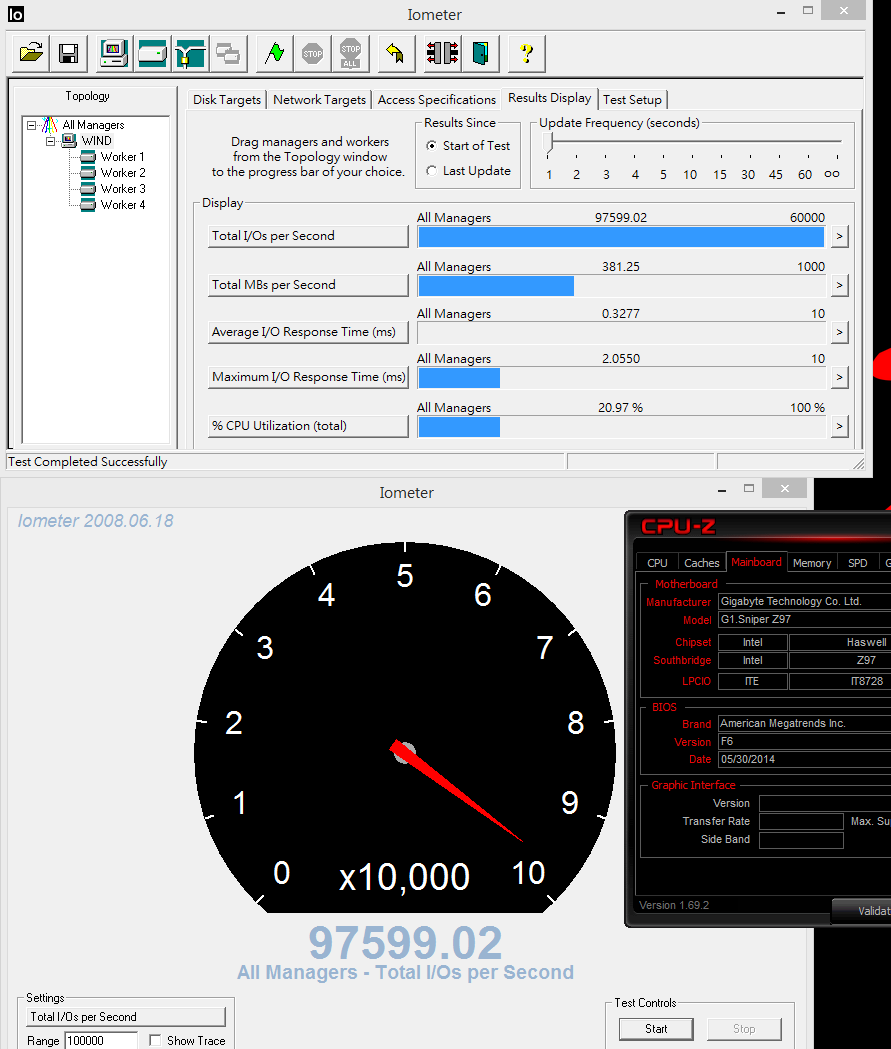 You can see the Random Read / Write 4KB in IOMETER 2008 are really high.
The key is after 20 mins repeating test, there is no decline as SanForce controller.
Marvell 88SS9187 controller performance wont decline. Its standard technology for current high end SSD.

Second part is NoteBook test. I use DELL New!Alienware 17.
As high end Gaming Notebook in the market, the performance and hardward specs are all top level. 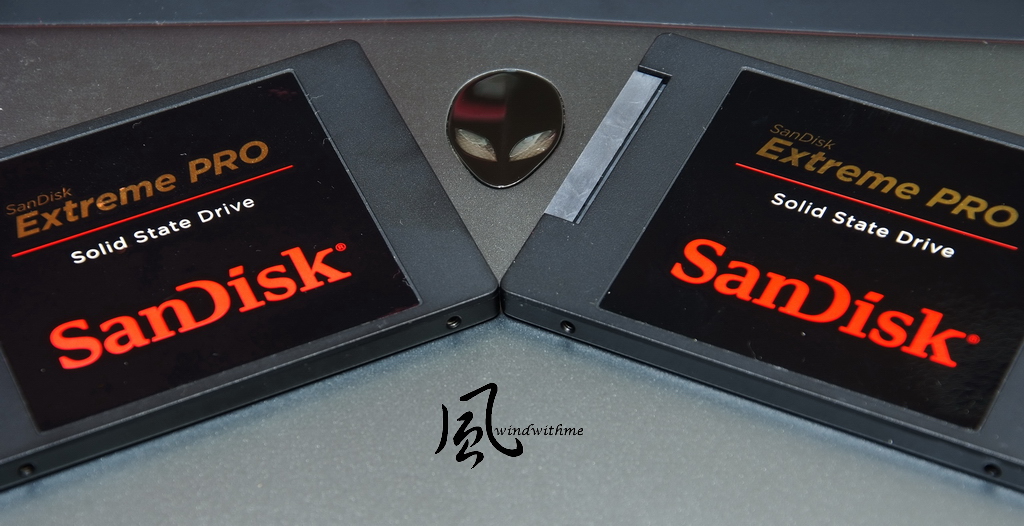 AlienFX lighting is DELL New!Alienware body surrounding many LEDs.
The shell is coating aluminumand soft touch rubberized finish. Its magnesium-alloy frame for better quality, texture and durability.
Its 17.3 antiglare FHD monitor. The speaker is the best I have ever used in Notebook.
It supports one mSATA and two 2.5 SATA3. I change to Sandisk Extreme PRO SSD. 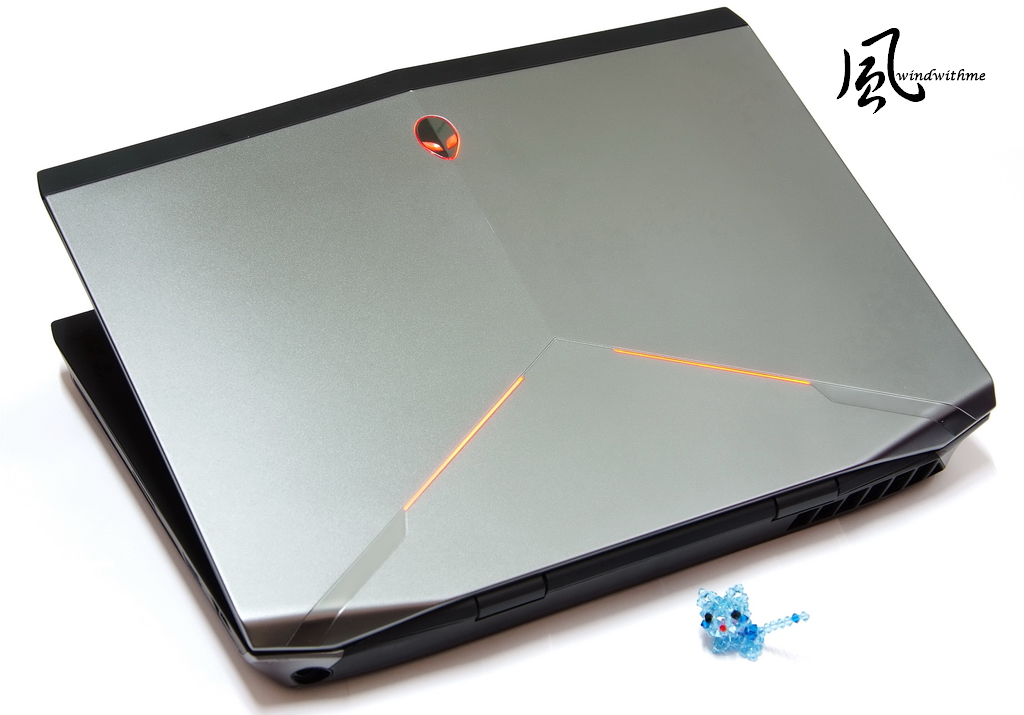 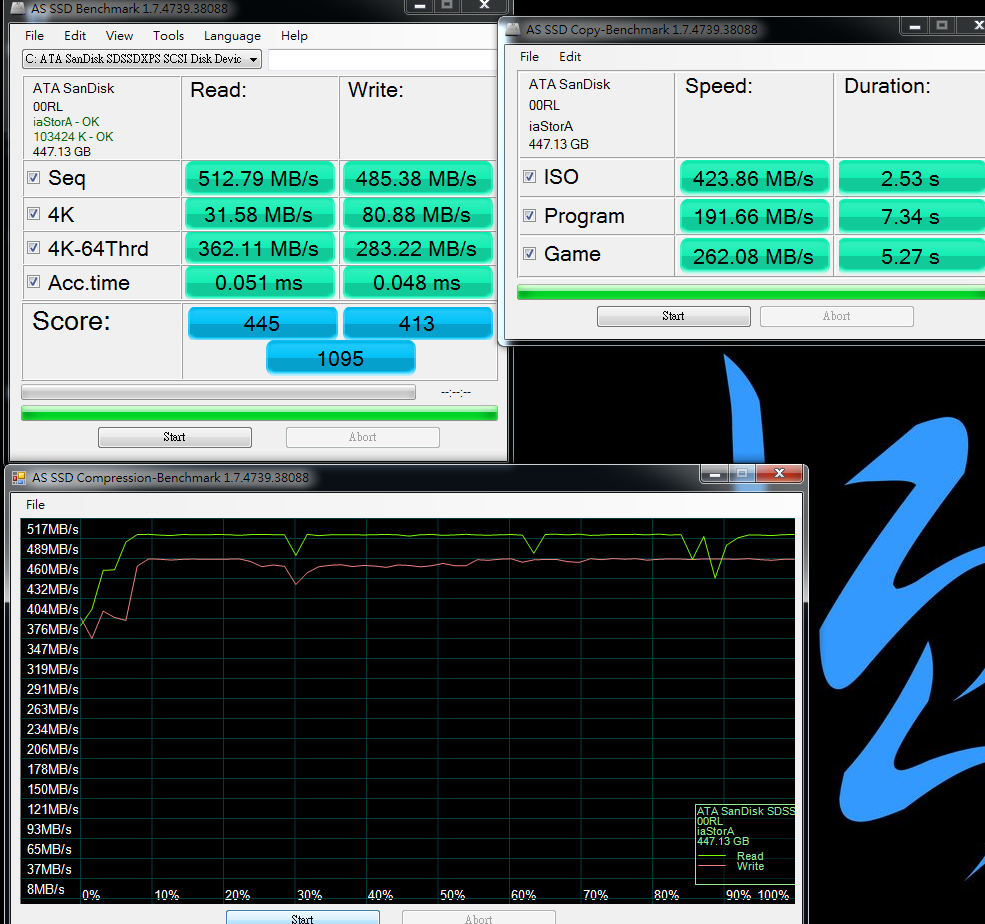 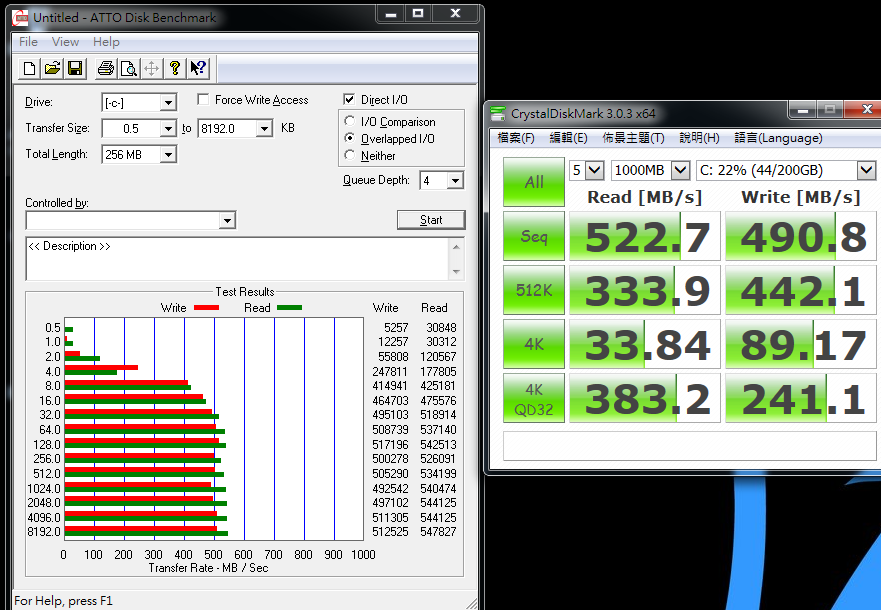 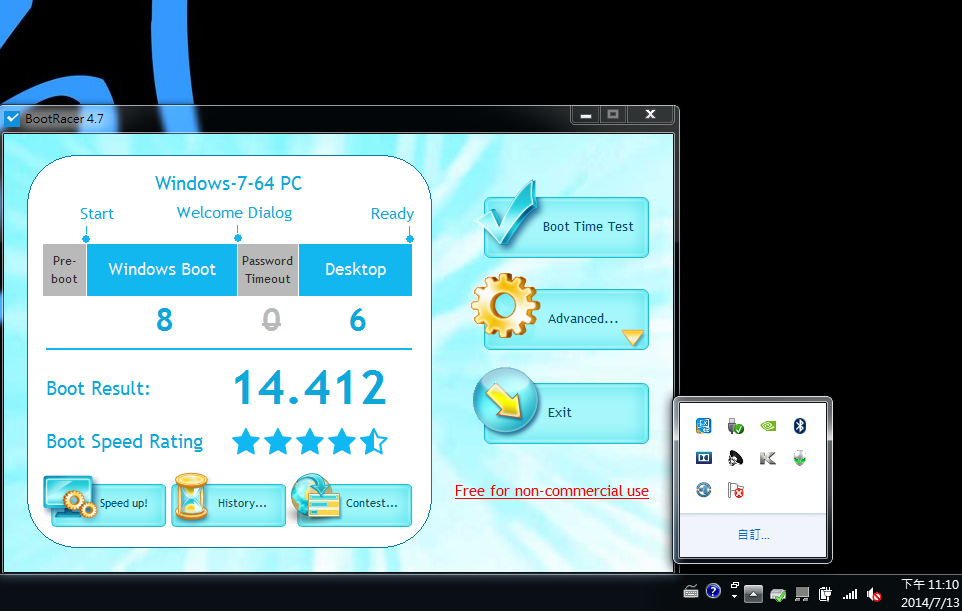 In BootRacer, it needs only 14.142 seconds. The speed is really fast.
Of course, if you only install drivers without any software, the booting time will be less than 12 seconds.
However, I think this kind of test is no reference value. Complete installation is more close to reality using environment.
If I change to Windows 8.1, the booting time will be faster. But its not popular yet.
After consideration, I still use Windows 7 as OS.

Recently many Z97 MB supports M.2(N.G.F.F.) spec up to 1000MB/s bandwidth.
Some high end M.2 SSD can reach more than 700 MB/s bandwidth. Most is 500MB/s.
Also, MB only support one M.2 SSD, the price and RAID application still far away to be mainstream.
SATA is main specs for years. If you want to upgrade your system performance, SATA3 SSD is first choice.
Now, SSD is also divided into parity and high performance. 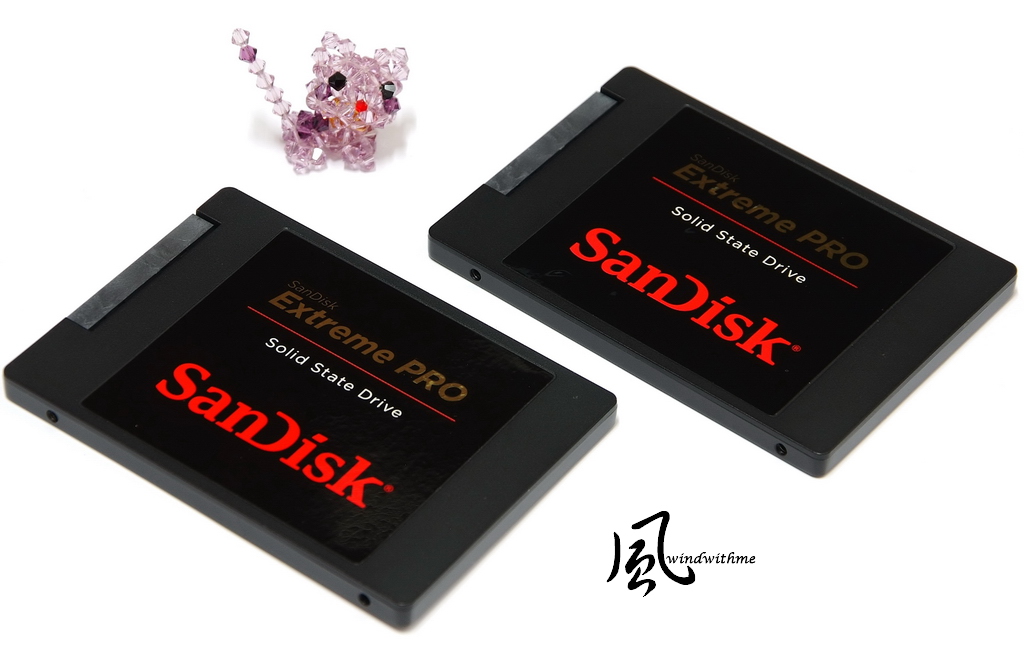 SanDisk Extreme PRO strength in SSD market is Random4K Read/Write can reach 100K/90K IOPS.
SequentialRead/Write can be up to 550/515~520 MB/s. Its almost the best SSD specs in the market now.
SanDisk performance tuning is outstanding to make 240/480/960GB have same performance.
Extreme PRO provides 10 years conditional warranty. Its also the longest in the market.
After service cost is high, of course it impacts the product price segment.
As cost/performance, SAMSUNG 840PRO should be the opposing force, next is Intel 730 Series.
If you want to pick high end SATA3 SSD, for max performance and warranty, Extreme PRO is a good option.
Its windwithme review test about SanDisk latest Extreme PRO SSD.

It will also post in my blog WIND3C, Any comments are welcome.