The Game Developers Conference is currently underway in San Francisco, and Microsoft have been showcasing their 'mixed reality' headsets. So far five manufacturers have signed on to make a headset for Windows - Acer, ASUS, Dell, HP and Lenovo. CNET takes a look:

Unlike Microsoft's HoloLens, these devices aren't cordless and don't have see-through visors. They're opaque, like VR headsets, and tether to a Windows PC, or come 2018, an Xbox One or Project Scorpio game console, with a long cord. They cost about $300 (roughly £250 or AU$400 converted).

Because they have cameras and "six degrees of freedom" tracking to work without external sensors or markers, like the HoloLens, Microsoft wants you to see them as something special. But many upcoming VR headsets might also have those capabilities.
Click to expand... 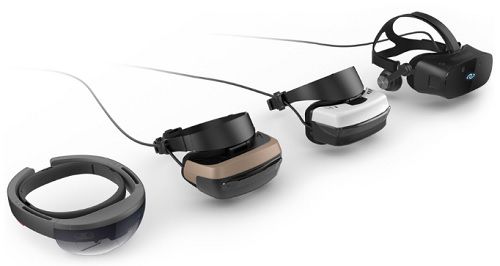