This EATX board is built using the newest 5400 Seaburg chipset with 1600FSB support built in. The layout is a typical EATX 12x13” design and like previous versions uses 24, 8 and 4 pin connections to the motherboard. With this new series, a 4 pin Molex connector is added to the board for users with higher power needs. There are 8 Dimm slots for quad channel memory support (up to and including DDR2-800 FB-Dimms) for a maximum of 64 gigs. The board comes boxed with 6 SATA cables, I/O shield, IDE cable, and an excellent manual and Cd with all needed software and drivers.

The big improvements of this board over the previous series is the new 5400 Seaburg chipset and its support for 1600FSB and DDR2-800 FB-Dimms. There is also the new ver2.0 PCI-e that gives you two X16 signal PCI-e slots so you have the capability to run 2 high end Video cards in crossfire. You are still stuck with using ATI based cards as SLI isn’t supported on boards with Intel chipsets. Hopefully Intel and nVidia will iron out their issues on that problem soon and we will all benefit.

The previous boards, like the X7DAE, X7DA8, etc, used the 5000X or Greencreek chipset that supported 1333FSB and from what I saw maxxed out at close to 400FSB when over clocked, while the new X7DWA-N will hit over 450FSB with good memory. Also add in some of the enhancements to the 5400 chipset vs. the Greencreek: Larger snoop filter; 24 MB to match the 24 MB of L2 cache of the dual Harpertown chips. Better snoop filter architecture: split into four 6 MB groups, each mapped to a specific 6 MB CPU L2 cache to alleviate the negative interaction seen in Greencreek. Bottom line, better overall performance particularly in high performance computing applications

What does this mean to the end user on a day to day basis? It means that you can run a system with the new 45nm Harpertowns at a higher speed, with a faster FSB and using less electricity - all while generating less heat than in the previous generation boards using Clovertown processors. You also get the added benefit that with less heat generated you need less AC to remove that heat, which incurs associated costs. Add in that the clock for clock performance is much better, and whatever work you're doing will be done in a shorter period of time.

That’s the overview of this board, let’s look at some specifics. First a picture of the board itself and what comes in the box: 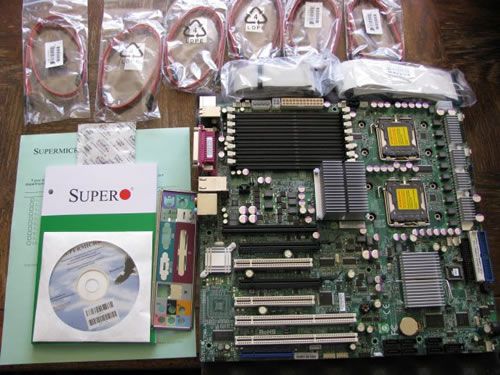 Then there are the supported CPUs. This board will run anything from dual core Woodcrests and quad core Clovertowns to the newer 45nm based dual core Wolfdales and Quad core Harpertowns. With a board like this it seems a waste to run 2-dual cores, and since I do like to see what the limits are I managed to borrow a pair of X5482 Harpertowns (these are 150w 3200/12mb/1600 45nm CPUs). Huge performance but at a rated 150w they require top cooling, especially when pushed beyond the default speeds. On this board using SetFSB to increase memory speed I was able to push those CPUs to a max of 3603/12mb/1800 and run SuperPi1M at that speed.

The one thing I was starting to see was that this board liked to be pushed. Supermicro builds boards that are designed to last for years while working hard every day, and even with top processors there is a large margin built in to make sure they perform and last.

The assembly went smoothly. I used the following parts in the build:
Now to see what this beast will do. First an old benchmarking favorite, SuperPi1m, and although not pertinent as it is single threaded, it does give you some idea of the potential of the system. This is at the system max, 8x450 or 3603MHz: 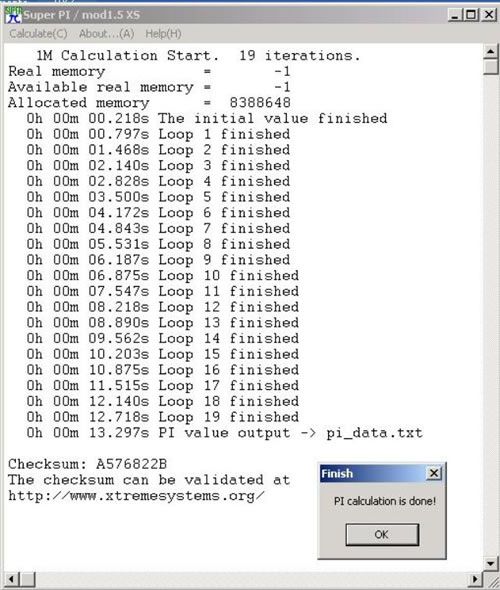 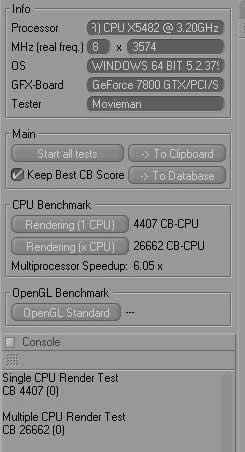 Last is Sisoft Sandra, Multi-core efficiency and then the Multimedia test: 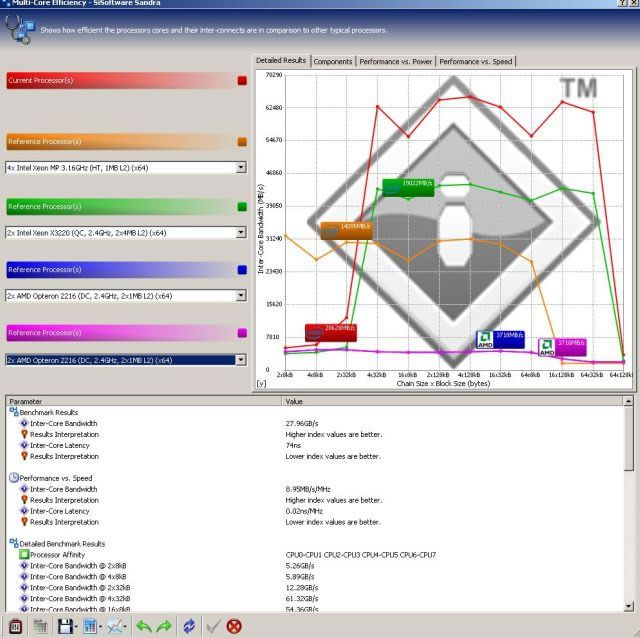 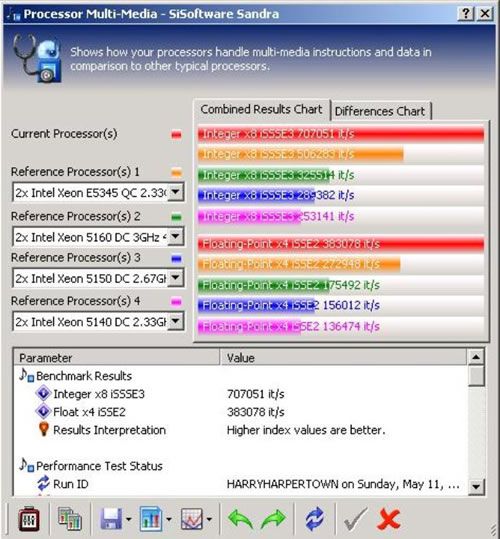 We all have our own different ways of viewing hardware. Mine is looking for top quality parts that perform as designed and last. Supermicro has built their reputation on building solid, dependable equipment for the professional and high end enthusiast. This commitment to build the best possible, back it up with knowledgeable technical support and sell the product at a fair price continues with the X7DWA-N.

I put this system to the test to see how it would handle a high load for a long period. I ran a program on it that pushed all 8 cores to 100% load for just over 48 hours straight. During that time the temperature never exceeded 52C on the cores in a 22C room. Due to illness there was app one month between my first testing with the X5482s and testing with the E5450s. These have been in for app 2 weeks now and running at 3404MHZ.

My passion is in Aids and Cancer research, to help the next generation live better lives. During this 2 week timeframe the machine has run the Cancer reasearch application at 100% load, 24/7 and without a hiccup. The machine does app 40% more work per day than my 8 core Clovertown machine at 3000 MHz, while drawing 320w versus the Clovertowns 421w draw. It runs 12C cooler than the Clovertown although running 404MHz faster. An example: The Cancer work units that take 4 hours and 30 minutes to run on the Clovertown machine take 3 hours and 20 minutes to run on the Harpertown equipped X7DWA-N. Now factor in that the machine is doing them 8 at a time and you can see the huge improvement in computational power and the boards ability to put it to use. This pretty much says it all, faster, cooler, better clock for clock and less electrical needed to run.

I’d like to thank Douglas Herz from Supermicro for his assistance and patience. Without his help this wouldn’t have been possible.

Here’s a link to the board on Supermicro’s site for any details that I might have missed.

I’d also like to thank the good people at the OCZ Corporation for donating the power supply towards this project. The 750w PCP&C Silencer is an excellent PSU and more than able to handle this system’s needs.