Virtual reality (VR) is one of those things that you see in the news - you might know someone who has had a dabble, but to most people it’s a foreign concept. It’s not difficult to see why – for the past few years the technology has been viewed as developmental and expensive. The two biggest players in the VR market have been the HTC Vive and the Oculus Rift, which currently retail for around £500 and £400 respectively. The price has come down since these devices first launched, but you also need to factor in the cost of having a PC that is powerful enough to support them. 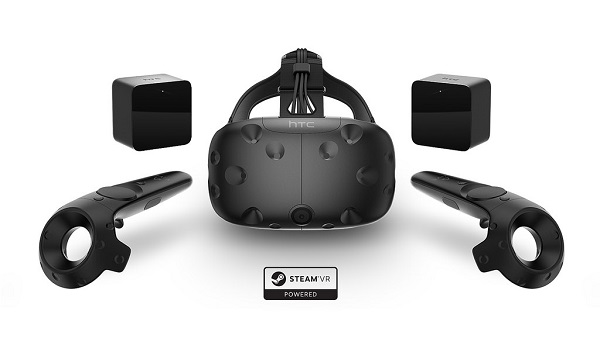 The HTC Vive - great performance and tracking, but expensive and requires you to fix sensors to your walls (Photo: HTC)​
In short, VR is unlikely to become a mainstream platform while it is so expensive. However, this is all set to change when Oculus releases their affordable VR headset, the Oculus Go.

Oculus Go – starting a revolution?
The latest information about this VR headset tell us that it will launch in ‘early 2018’ and retail for $199 USD, making it the most affordable quality VR headset by a long way. The UK price is not yet known, but as with most new tech you can expect it to be roughly pounds for dollars – ie around £199. The Go doesn’t use your smartphone and it is completely cable free – those two words strike joy into anyone who has battled with the thick and heavy cables of the HTC Vive.

The Oculus Go is a standalone headset; you don’t need to connect it to anything to make it work – no smartphone, no console, no PC. A very appealing – and cheap – prospect. The headset features a 2560 x 1440 resolution screen, which has a default refresh rate of 60Hz but can be overclocked to 72Hz. 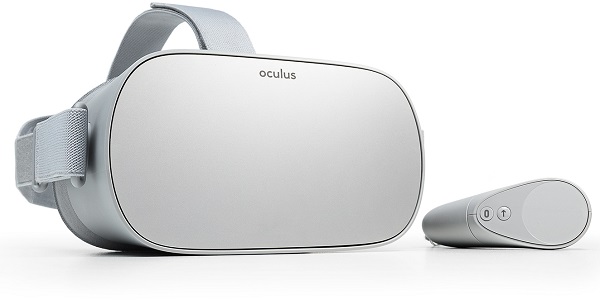 The Oculus Go - wireless and portable, and comes with one controller (Photo: Oculus)​
Oculus have developed the technology in partnership with Xiaomi, a Chinese hardware company. Xiaomi will be releasing their own affordable headset called the Mi VR Standalone, although as things currently stand it will only be available in China. Both the Oculus Go and the Xiaomi Mi VR headsets are powered by the Qualcomm Snapdragon 821 mobile VR platform, and the shared hardware means that developers will be able to share their content across both headsets. 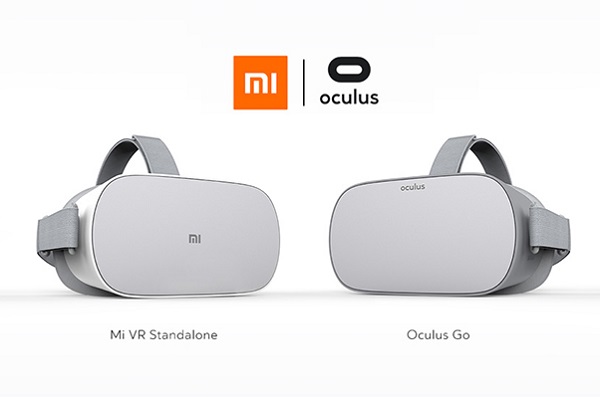 The Xiaomi Mi VR (left) and the Oculus Go (right) (Photo: Oculus)​
As you might expect for just $199, the Oculus Go makes certain sacrifices – notably when it comes to tracking. However, people who have used the device report that the overall experience is surprisingly high quality.

Current mainstream option(s)
If you can’t wait until the Oculus Go is released, you might be wondering what other affordable VR headsets are on the market. The stepping stone between high-end VR headsets such as the HTC Vive, and more affordable options like the Oculus go, is the PlayStation VR (PSVR). This headset launched in October 2016, and has probably been the biggest step so far in bringing virtual reality to more people. The headset works with the PlayStation 4 (the regular version, you don’t need to have the Pro), and as this console has been out for a while it is relatively cheap. The number of games available is more limited than what is available for the Vive / Rift, but they tend to be high quality. 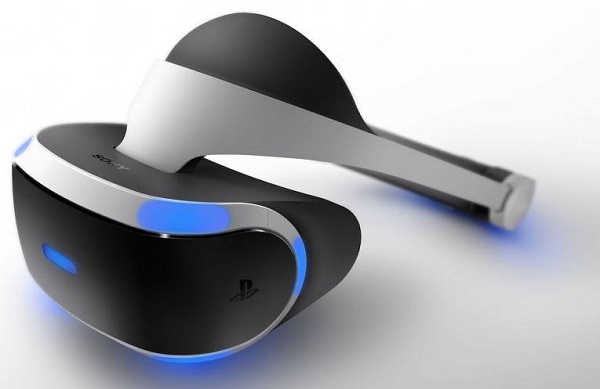 PlayStation VR; the middleground (Photo: Sony)​
As things stand, though, that’s pretty much it when it comes to more affordable VR. You can get very cheap headsets that work using a smart phone, but as you would expect the quality is low. They are good as a gimmick, but not much more.

We will keep you posted with more news about the Oculus Go as soon as we hear it, so watch this space…