NVIDIA have unveiled details about their latest generation of graphics cards - the long-awaited GeForce RTX 20-series. The announcement came as part of Gamescom 2018, which is currently taking place in Cologne, Germany.

NVIDIA revealed details about three upcoming cards in the series; the GeForce RTX 2070, GeForce RTX 2080, and last not least the GeForce RTX 2080 Ti. All three cards feature the company's Turing architecture, which "fuses together real-time ray tracing, artificial intelligence, and programmable shading". Check out this showcase video of what it can do:

Pretty incredible, eh? Ray tracing is the ability to recreate convincing lighting, including reflections and shadows, in graphics. It is something that graphics card manufacturers have been hoping to achieve for years, but the GeForce RTX platform is the first to succeed. According to NVIDIA, this technology has been ten years in the making.

NVIDIA claims the new GPU architecture gives up to six-times the performance of previous generation (Pascal) cards. Check out the stats for the cards here (for full specifications click on the relevant links): 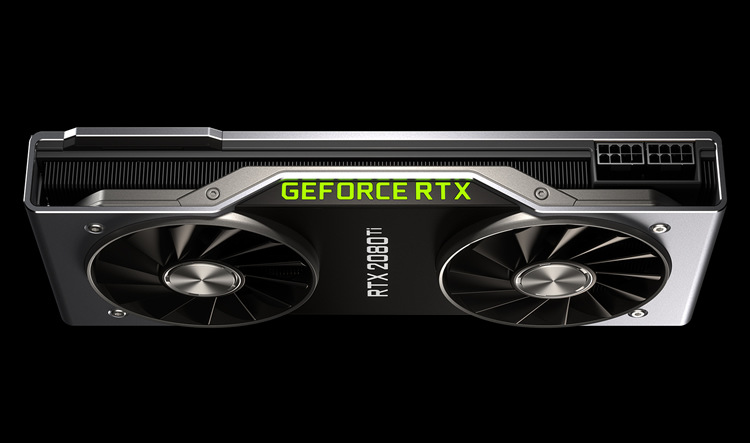 Image: NVIDIA​
Speaking at Gamescom 2018, Jensen Huang, founder and CEO of NVIDIA, said "Turing opens up a new golden age of gaming, with realism only possible with ray tracing, which most people thought was still a decade away... The breakthrough is a hybrid rendering model that boosts today's computer graphics with the addition of lightning-fast ray-tracing acceleration and AI. RTX is going to define a new look for computer graphics. Once you see an RTX game, you can't go back."

The cards are currently available for pre-order and shipping is due to commence on 20 September 2018 (and October 2018 for the RTX 2070).