Monster Hunter World came to the PlayStation 4 and Xbox One in January 2018, but PC gamers have faced a long wait to find out when they will be able to play it themselves. Thankfully the wait is nearly over, as the developer, Capcom, announced via Twitter that fans will be learning the release date on Monday 9th July 2018. 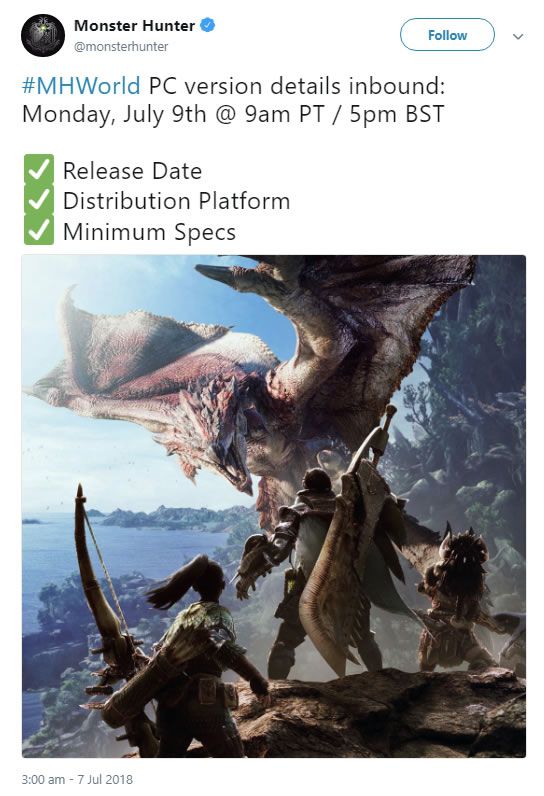 Source: Twitter​
Capcom have previously said that they were aiming for a launch in Autumn 2018, which seems to fit well with a July announcement.

However some of this information, notably the minimum and recommended specifications, has already been leaked. According to Tencent's WeGame distribution platform for China, the minimum specifications for Monster Hunter World will be as follows:
In addition, we also learned the recommended system requirements:
The leaked information has now been removed from the page, but thankfully screenshots were taken beforehand.


The release date, distribution platform, and specifications will be confirmed on Monday 9th July 2018 at 5pm (British Summer Time).