Intel's CPU roadmap has reportedly been leaked online, and according to the leaked documents we could see the release of Intel's 9th Gen Core processor series before the end of September 2018. 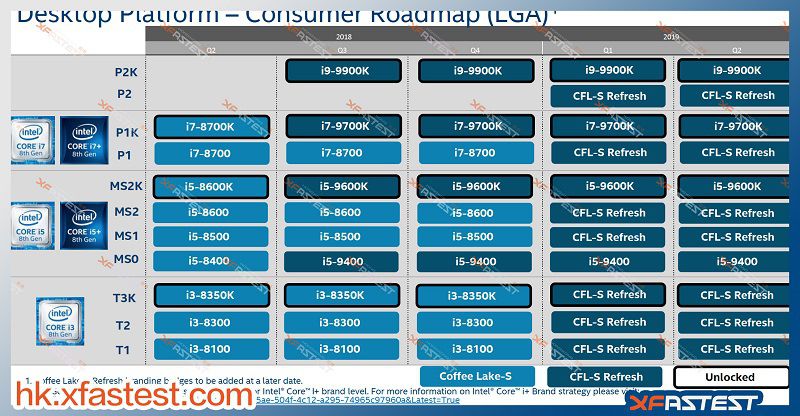 As you can see, the release of Intel will apparently be focusing on the release of their upcoming i9-9900K processor during the third and fourth quarters of 2018.

These kind of leaks are often faked so this information may not be accurate, but a September release date would certainly be well-timed to compete with AMD's next generation of high-end CPUs, rumoured to be released in Q3 2018.