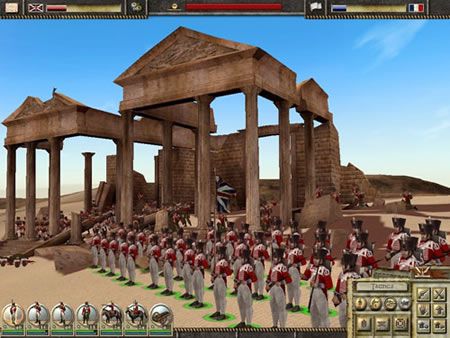 Imperial Glory sees you trying to become the next great ruler of Europe during the Napoleonic Wars. You have the choice to play as five different nations: Great Britain, France, Austria, Prussia and Russia. There are a lot more nations in the game, but unfortunately only these five are playable. Each nation does have their advantages and disadvantages, so choosing the right one could slightly impact your gameplay. The main goal of any nation in Imperial Glory is to conquer as much of Europe as they can. The game tends to emphasize peaceful conflicts rather than war. Thanks to its strong diplomacy system peace can be maintained between nations. This can be accomplished through treaties, coalitions, improvement of relations, rights of passage and more. Of course war can't always be avoided, and there will be a number of times when such a task will be necessary. Battles seem to be far and few between as you'll spend most of your game time staring at the management screen.

The main portion of the game is contained within the campaign mode. Here you not only choose which nation you wish to be, but you also have the choice of two different methods of obtaining victory. The two styles are score victory and total victory. Score victory gives you 40 years to work with where you must score as many Glory points as possible. This style is more for novice players and allows you to get more experience before tackling the second style. Total victory, on the other hand, is where you must conquer all of Europe without any time limit. 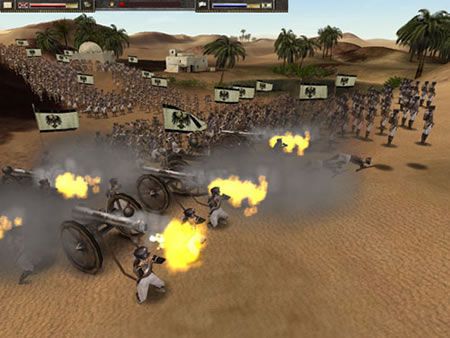 No matter what style of victory you choose to play you'll spend most of your time focused on the management screen. This screen is the main interface and is much like that found in Rome: Total War. This screen is in the form of a battle map laid out across a desk. From here, you can manage your entire nation. For the most part management duties will come down to three things: researching and building new technologies, creating and moving armies, and dealing with diplomacy between neighbouring nations.

The main tool here is the rather large research tree. The three categories of research include scientific, social and military. Only one new technology can be researched at a time. You can choose which item to research at any given moment, and depending on what it is, it may take a few turns to research. Sometimes waiting for your next turn can take up much of your time as it occasionally takes a while for the AI to make their moves when it's their turn. Once you're done researching some items the tree will become more narrow, and your choices of items to research will become less and less until you have not choice but to advance to the next era. There are three eras in all, and each one offers new and more advanced items to research. Researching more and more items is vital to the success of your Empire as it allows for you to create newer buildings in any of your territories. Each era has their own select buildings that can be created to advance your Empire in many ways. For example, building an Academy will train any troops you may have making them more powerful. Although these buildings do come at a price as they can cost a lot of resources and gold to build.

There are five different resources that you need to make sure you have enough of when constructing buildings and completing other tasks. These five are gold, raw materials for building structures, population for armies, food to maintain your army and research points, which are used on your research tree to research new items. The most difficult to keep up out of the five would have to be the gold. It can become annoying at some points when your gold reserve is low because you need to constantly build new places and recruit new armies. More gold can be obtained, however, if you setup trade routes with other nations. This can be accomplished by switching over to the commercial view which allows you to see your trade routes, build trade boats, and create new routes for your Empire.

Another large portion of the management screen is your military view. From here you can recruit your armies and move them around the map. Building barracks will allow you to recruit different types of infantry and building stables allows you to recruit different types of cavalry. The same concept applies to the artillery cannons. You can recruit one squad at a time, and each squad contains 60 soldiers. In order to have them leave your capital, you must first recruit a captain who will be put in charge of the squads. Each captain can command about 3-4 squads, and once you have some units built up you can then move them across the map if they are needed for some hostile takeovers. 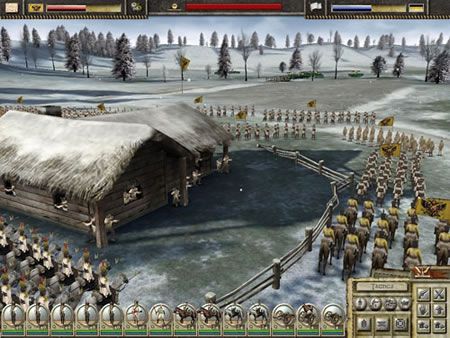 Moving your military across the map is a little too easy. Instead of having the ability to slowly move them through a country like in the case of Rome: Total War, Imperial Glory allows you to move them from one country to another right away. So when your turn comes around you can simply move your army to a neighbouring country. It just seems too easy, and it really takes away from any strategy that may be involved. It really limits your features and just doesn't provide for much depth.

The last area of the management screen is diplomacy. Here you can create treaties, coalitions, rights of passage, military aid, loan of armies, declarations of war and more. It is basically your one-stop-shop for all things that politically affect you and the other nations. You can use this area to peacefully resolve conflicts or even trade goods between nations. The game does tend to move more toward peaceful resolves which can be obtained through peace treaties, and you can even take over a nation by means of a peaceful annexation. 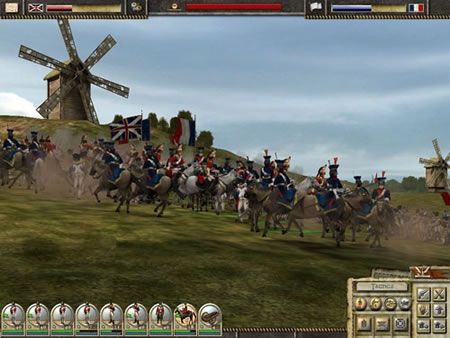 One last thing that should be mentioned is Imperial Glory's quest system. This is one of the better parts about the whole management screen. After researching certain items, you'll be given certain quests to complete. These quests can either be completed by you or other nations, and they give you some great benefits when completed. The quest system is great for giving you goals to achieve and helps to keep things a little more interesting when managing your Empire.

Unfortunately not all conflicts are settled through peace. At times like these, a more direct approach is in order. It is really easy to start a war: you can either create a declaration of war against another nation, or you can simply move one of your armies to another nation's piece of land. At that time, a message will popup asking if you want to have the computer automatically resolve the battle or if you want to take control of it. Once you take control, the game will then zoom in on the battlefield presenting you with a 3D view of the action.


A lot of the battlefields tend to look the same and don't offer up much variety at all. Many battles can have up to two different objectives. Either you must completely destroy the opposing army, or you need to take over two control points to win which normally include small farms or houses. Generally the battles can be very tough to win as it just requires that you place your army directly in front of the opposing army and watch them go at it back and forth shooting. Just like the management screen there really isn't a whole lot of strategic depth here. You can order your troops to enter buildings for cover, but the enemy can just as easily enter the buildings and fight it out melee style. Although it must be said that the battles do look great. It looks awesome when you see hundreds of soldiers lining up in a straight line to fire their guns all in unison. The interface allows you to setup formations and looks a lot like that found in Rome: Total War, but it lacks many features. 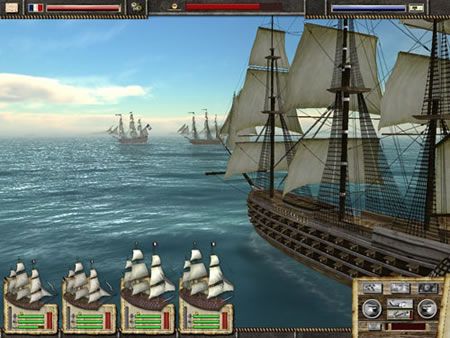 ​
One thing that Rome: Total War does not have is naval battles. When confronted with such a battle the computer would automatically resolve it for you. However in Imperial Glory's case, you can either have the computer resolve it, or you can manually fight it yourself. Naval battles play out just like the land battles. You need to manoeuvre your ship within firing-range. In order to do so, you must position it by using the green triangle which indicates your firing range and capacity. Once in position you can then fire all cannons from either side. There are also three different type of cannon ammunition for whether you want to destroy the ship, board it or steal it. The naval battles certainly add a nice change of pace to the game.

Graphic-wise, Imperial Glory looks great. The battles are all intricately detailed from the smoke effects of the guns to the beautiful waves at sea. Each individual soldier is detailed well, and it's always great to see them engaging in battle. The visuals tend to take on a nice dark look that gives the game a sort of old feeling. Which adequately fits the gloomy period of the Napoleonic Wars. 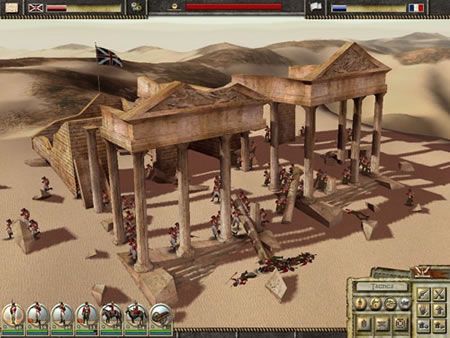 Overall Imperial Glory does have a few nice touches, but it's just not enough to hold your attention for long periods of time. After all it will take a long time to conquer all of Europe, and the lack of depth and simple use of the management screen is sure to bore you in no time. One of the finer points of the game are the battles, but these can be very challenging even when the computer says that it'll be an easy battle. Unfortunately there is also a lack of strategy, variety and features within the battle system. Imperial Glory could have been a great title, but not even the ability to create custom battles, multiplayer support for up to four players, and reliving historic battles can't save it from its ultimate demise. With its similar interface, Total War fans may feel at home here but probably not for long.