Apple hosted their Spring 2018 event yesterday at a school in Chicago, where they unveiled details of their latest product – a new 9.7 inch iPad which features Apple Pencil support. This will be Apple’s 6th generation of the iPad, excluding the Apple iPad Air and iPad Air 2. The new tablet has been designed with teachers and students in mind, but will be available to everyone. Prices start at $329 USD / £319 GBP for the WiFi only, 32GB version. As this new tablet is aimed at education, schools will be entitled to a discount of around 10% on both the iPad and Apple Pencil (they will cost $299 and $89 respectively). 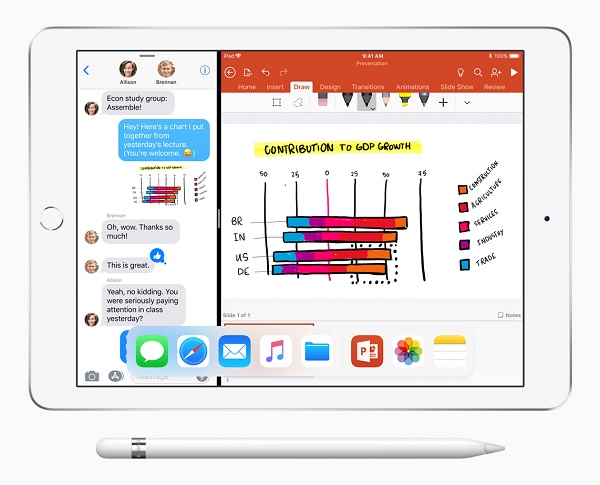 Image credit: Apple​
Although there have been many headlines describing the new iPad with words such as ‘most affordable’, that is a little misleading. The launch price is exactly the same as for the previous generation, although it is true to say that the 9.7 inch iPad is Apple’s cheapest tablet when compared with the iPad Pro or iPad Mini. This new version also has better performance (in terms of processing and graphics) than its predecessor, and also shares some features with the iPad Pro.


Specification
The new iPad has the following features: 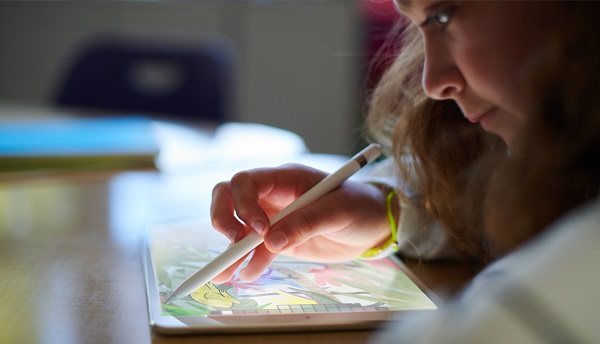 Image credit: Apple​
The iPad is available to order immediately, and will be delivered to customers / available in stores later this week.


What else was announced?
Apple will be introducing a new app called ‘Schoolwork’ which will allow teachers to write and issue assignments to students, and subsequently monitor their progress. They also announced a new curriculum facility called ‘Everyone Can Create’ which will be coming later this year. According to Apple, “Everyone Can Create teaches students to develop and communicate ideas through video, photography, music, and drawing. And it gives teachers fun and meaningful ways to bring these skills into any lesson, topic, or assignment”. 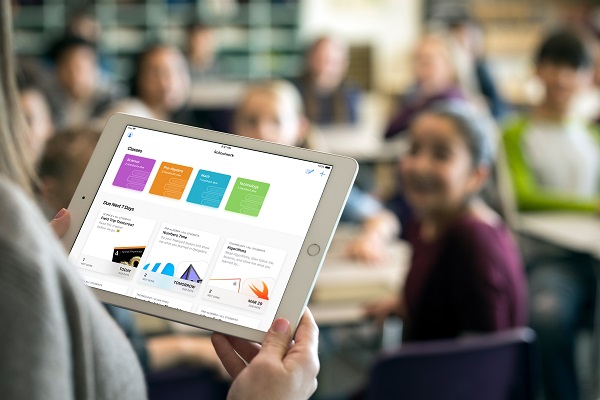 Image credit: Apple​
Education is vitally important, and it is certainly laudable that Apple is putting so much effort into providing educational resources. However, these resources are only available for use with Apple products… Cynical readers may wonder whether they are doing this out of the goodness of their heart, or playing the long game and hoping to create a new generation of life-long Apple fans.