New guidance has meant that advertised broadband speeds have fallen 41 per cent in recent months. However this has nothing to do with failing broadband, and everything to do with what broadband companies are allowed to claim in their advertising.

The Advertising Standards Agency ruled earlier this year that broadband companies had been misleading customers with their speed claims, and issued new guidance to prevent this from happening. According to the new rules, if a broadband company is going to advertise a numerical speed claim then it must be a speed that is achievable for at least 50% of the customer base at peak times (between 8pm and 10pm). 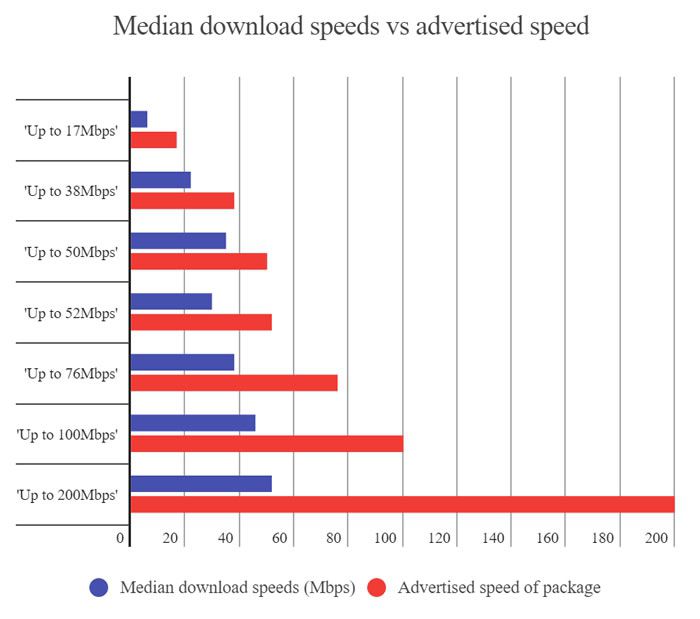 Source: Which?​
In short, if companies want to brag about a speed, then it can't be a figure that very few customers can realistically expect to get.

Previously the rules allowed companies to advertise 'up to' speeds as long as just ten per cent of customers were able to achieve those speeds.

The new guidance has brought about a drastic change in the average advertised speeds - in fact it is down 41 per cent, according to Which? Magazine. The consumer rights publication had previously found that broadband speeds were, on average, 51% slower than advertised. 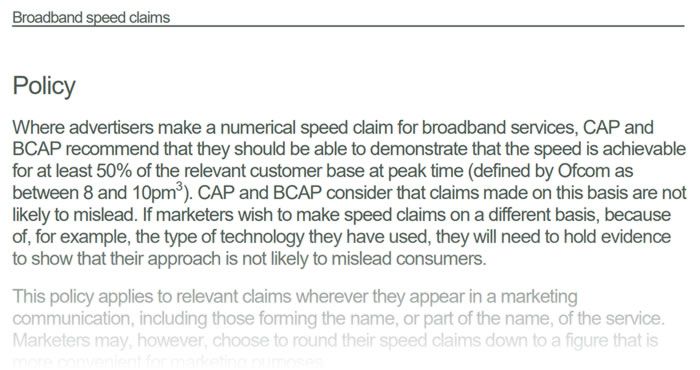 The new guidance from the Advertising Standards Agency​
Out of twelve major broadband companies, eleven have reduced their advertised broadband speeds. In fact, only Virgin Media has increased their advertised speeds. According to Which?, "BT, EE, John Lewis Broadband, Plusnet, Sky, Zen Internet, Post Office, SSE, TalkTalk and Utility Warehouse previously advertised their standard (ADSL) broadband deals as ‘up to 17Mbps’. The new advertised speed is now more than a third lower at 10Mbps or 11Mbps."